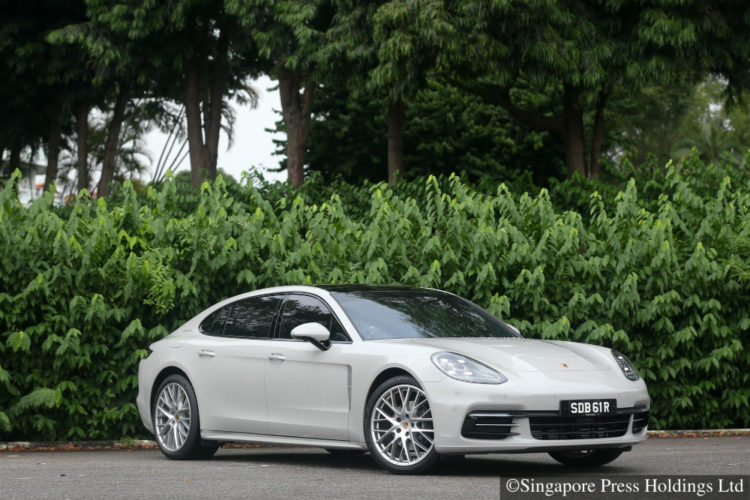 Lane-keeping assistance is becoming rather common in new models. This high-tech gizmo nudges you back on course with steering inputs should you veer off lane markings. Most are eerie and irritating.

But with a car like the new Porsche Panamera Executive, such a device is unnecessary.

One, you are unlikely to nod off in a Porsche. Two, the car’s steering is so precise you could attach a scalpel to it, walk into an operating theatre and be allowed to perform lobotomy there and then.

What is a Panamera Executive, you might ask. Well, it is a stretched version of the Panamera saloon, initially designed for the Chinese market. It has 150mm more space between its axles, giving it 3100mm of stretching room – more than in the Mercedes-Benz S-Class.

If the front occupants are of average Asian build, those sitting in the second row will have more room than their feet know what to do with. Thus far, only the new Lexus LS has a longer wheelbase in its segment. But the Panamera appears more spacious.

To add to the Panamera Executive’s business-class feel, its rear seats can be equipped with a massage function, including a shiatsu mode that, if you close your eyes, feels just like a professional masseuse’s touch.

The four-seater comes with airline-style pull-out table tops. But only one passenger can use it at a time. Television screens mounted on the back of the front seats complete the luxury experience.

Surprisingly, the extended wheelbase Panamera has nearly as cushy a ride as an S-Slass. It has a certain sporty firmness to it, but the quality is quite becoming of a limo. Even over bumps, the rebound is very well controlled and shock waves are gone before they can travel up to the occupants.

While the original Panamera is a fairly comfortable car, the Executive raises the game by a few notches. But unlike most limos, the joys of the Panamera are not confined to the rear seats. 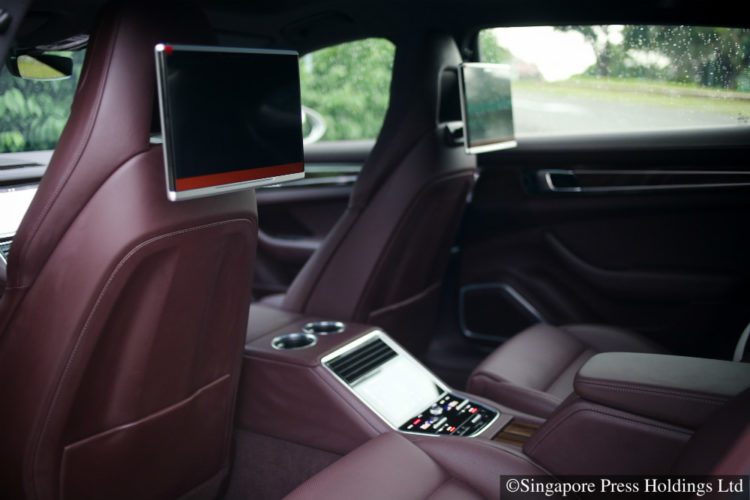 The driver has plenty of fun too. Looking at the car, you would not imagine it to be so. It is a big vehicle, measuring almost 5.2m tip to tip.

The test unit, an all-wheel-drive variant, wears 21-inch wheels, which make it even more jaw-dropping. (The fact that the ride quality is so good despite these wheels is proof of Porsche’s chassis genius.)

Getting into the car, you do not expect much, thinking to yourself, “This car is made for fat cats.” But the moment you fire up the engine, you reserve judgment. The car roars to life as convincingly as a 911. Except it is a somewhat distant roar, as the twin exhausts are literally quite far back.

Shift to D, ease the throttle and turn out. Within the first kilometre, the car amazes with its immaculate tractability. Once its direction is set, it continues its trajectory with hardly any steering input.

With so much power carrying so much heft, it is quite a feat. The long-wheelbase chassis is not made for fast, sharp bends and you do not put it to the test in case you put a scratch on one of its massive rims.

But the car’s roadholding remains impeccable, allowing you to carry lots of speed round a sweeping curve with ease. Again, the chassis seems so in tune with the driver’s intention that there is not a hint of nervousness at the helm. It is one of the best steering systems there is.

The only niggle is a hint of judder when the car’s 8-speed dual-clutch gearbox shifts down. That, and intermittent rolling noise.

The thing is, who is going to buy this car? Those who love to drive or those who prefer to be driven?

Perhaps both. Because on the chauffeur’s days off, it will not be hardship at all to take over the wheel.