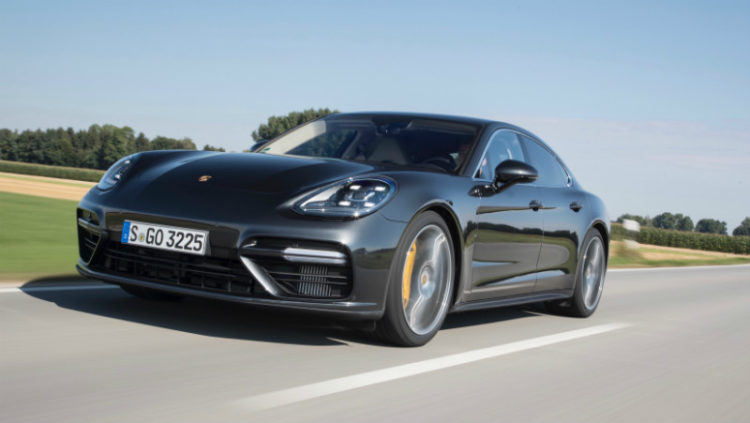 The second version of the Porsche Panamera, a four-seat four-door grand tourer, is new from the ground up.

Although the new platform boasts aluminium and light steel alloys, the new Panamera has gained some weight. The 4S at 1870kg is 60kg heavier, the 4S Diesel at 2050kg is 150kg heavier than the previous 3-litre V6 turbodiesel, and the V8 Turbo at 1995kg has put on 25kg.

These figures put the cars in the heavyweight class.

But with increased power outputs and a new fast-shifting 8- speed dual-clutch gearbox, performance and fuel efficiency have improved marginally across the range.

In the metal, the Panamera does not look that big though. Credit goes to the designers, who have managed to make the car look sleeker and less rotund than its predecessor.

With its rear roofline lowered by 20mm, it now looks a little like a stretched four-door 911. Slim three-dimensional LED tail-lamps are connected via an LED strip to accentuate the car’s width.

Despite its fastback sloping roofline, cabin space has not been compromised. With a wheelbase lengthened by 30mm to 2950mm, the rear seats can easily cater to taller passengers.

Likewise, the increased boot capacity of 495 litres (up 63 litres) will accommodate two golf bags. Once the 60/40 split seats are folded, 1304 litres of luggage space are liberated. 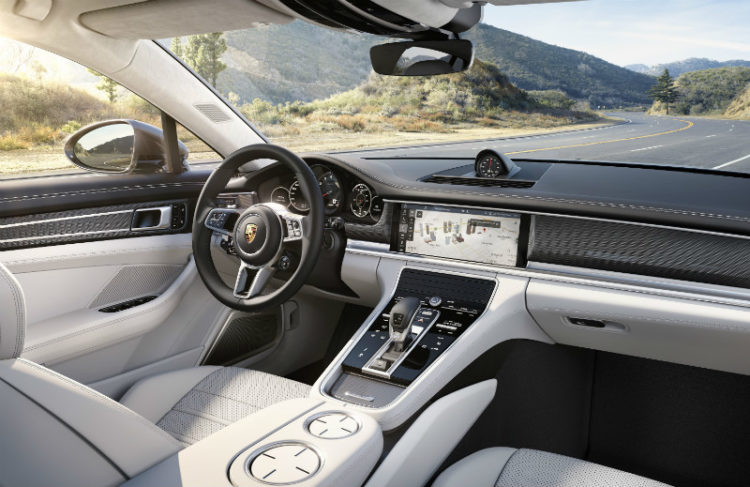 The cockpit is familiar, but updated with more technology, and upgraded with more premium materials. A 12.3-inch touchscreen display takes centre stage. There are fewer buttons. And mobile device and online connectivity functions with voice control are new.

The driver gets a central analogue tachometer flanked by a pair of 7-inch displays with analogue-style and digital driving information. Ignition is now keyless, but you still have to twist an ignition switch instead of pressing a button – a leaf from Porsche’s Le Mans racing heritage.

Both the Turbo and 4S Diesel tested come with an optional Sport Chrono package. Press the Sport Response button and you get 20 seconds of extra boost for a ballistic surge forward. The Turbo’s century sprint of 3.6 seconds (in Sport Plus) is supercar quick.

The sizzling progress is accompanied by a spoiler that rises and extends outwards. And it is not just all show. Porsche has clocked the Turbo at seven minutes and 38 seconds on the Nurburgring circuit, making it the world’s fastest four-door saloon.

Equally impressive is the 4S Diesel, the world’s fastest diesel. It accomplishes the benchmark dash in 4.3 seconds. More amazing is its stonking 850Nm of twisting torque, available from just 1000rpm. This makes for instantaneous acceleration, which does not let up till well over 3500rpm. 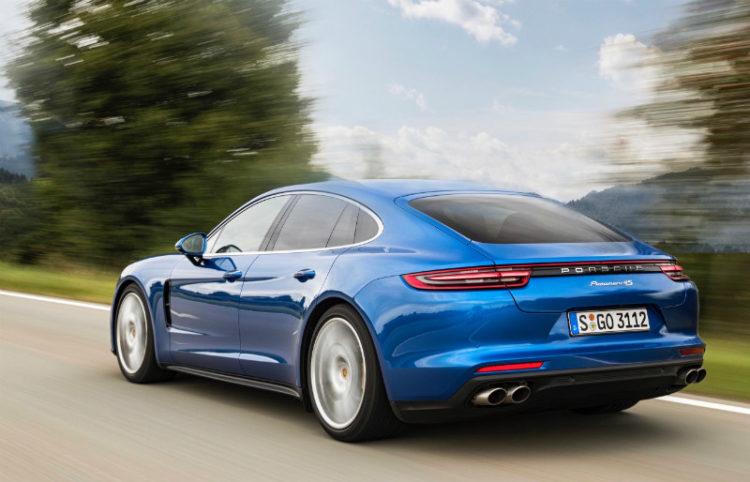 The car is as stable as it is fast. At 235km/h on the autobahn, it affords the rock-solid stability and quiet refinement of a luxury sedan. The Diesel fires up with sporty “vroom”, and can pass off as a buttery V8 petrol on the go. Onlookers will not know the difference either, since the Diesel badge has been deleted – it is now known merely as Panamera 4S, like the 2.9-litre petrol.

There are not many opportunities to drive fast because of heavier-than-usual traffic on the autobahn. But the Panamera executes overtaking manoeuvres with maximum swiftness and minimum drama.

Its girth, however, becomes obvious on narrower streets.

Still, it is clear the new Panamera sets new standards for being almost as quick as the 911 and nearly as comfortable as the Mercedes-Benz S-Class. It will debut in Singapore in the first quarter of next year.