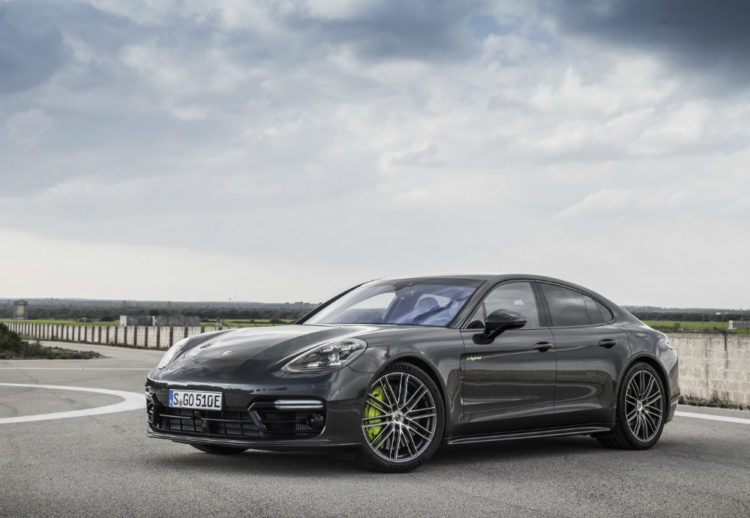 For the first time, a Porsche with an “E-Hybrid” moniker is the flagship model of a product line instead of the “Turbo S”.

The Panamera Turbo S E-Hybrid is powered by a turbocharged 4-litre V8 from the Panamera Turbo. It kicks out 550bhp but together with its electric motor, the car has 680bhp on tap.

The flip side is that the new flagship is 315kg heavier than the Turbo, mostly because of its 120kg lithium-ion battery located just behind the rear wheels. According to Porsche, this has resulted in an “almost 50:50 weight distribution” between the front and rear.

Despite the ballast, the four-door sports limousine sprints from a standstill to 100km/h in 3.4 seconds (the long-wheelbase Executive requires 0.1 second more). That is quicker than the Panamera Turbo and the 911 Carrera 4 GTS, both executing it in 3.6 seconds.

Twisting the exquisite aluminium start switch to the right does not fire up the Turbo S E-Hybrid – it stays in eerie silence because it starts in purely electric mode. With a restrained right foot on the accelerator so as not to nudge the petrol engine from its slumber, you can drive the car in pure electric mode for up to 50km and a top speed of 130km/h (presumably not at the same time).

Unfortunately, we could not verify these figures because of strict enforcement of speed limits in Canada, and our test car had about 24km of battery range left after showcasing itself on the Vancouver Island Motorsport Circuit.

On this technical track of many turns and elevation changes more suited to mid-engine models such as the 718 Cayman or 718 Boxster, the Turbo S E-Hybrid belies its weight and girth. 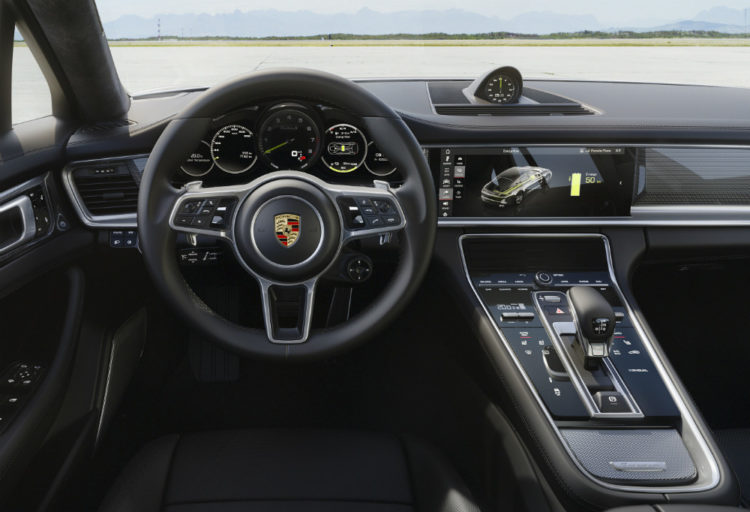 It changes direction in quick succession with little body roll. You forget this is a big saloon and not an out-and-out sports car.

Its massive front brake discs, which fill the inner circumference of the standard 21-inch wheels, slow down the Turbo S E-Hybrid time and again on the track with no diminishing returns.

The car could keep up with the driving instructor leading in a 911 Turbo S. It feels a tad heavier than the Panamera Turbo I drove in Sepang last month. This despite the better power-to-weight ratio in the S E-Hybrid at 294bhp/tonne than the 276bhp/tonne in the Turbo.

On the road, transitions between the V8 and the electric motor in Hybrid Auto mode are done seamlessly. The car’s 8-speed dual-clutch transmission transfers either power source to all four wheels.

Like other Panameras in the range, the cabin lures you in with its blend of luxury and sportiness. Aluminium accents surround just the right acreage of piano-black finish. The instrumentation display peering from behind the three-spoke steering wheel is easy on the eye, with a useful secondary navigation display to the right of the rev counter.

Its 12.3-inch touchscreen on the centre console is intuitive and integrates into the dashboard instead of the hitherto popular protruding panel-type layout in other marques. 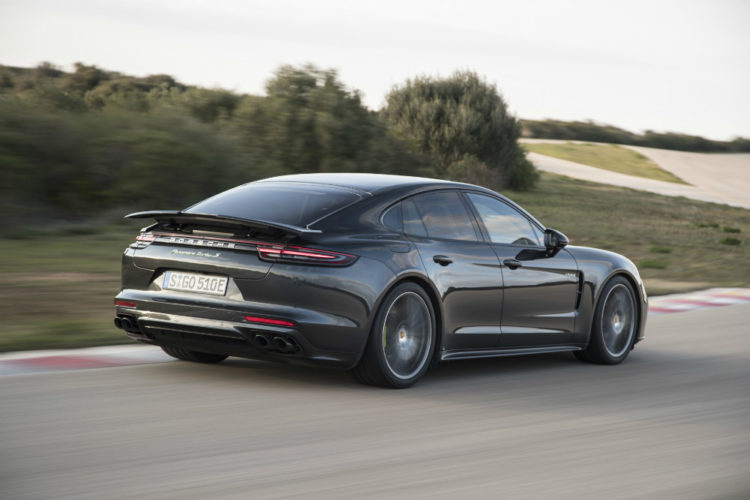