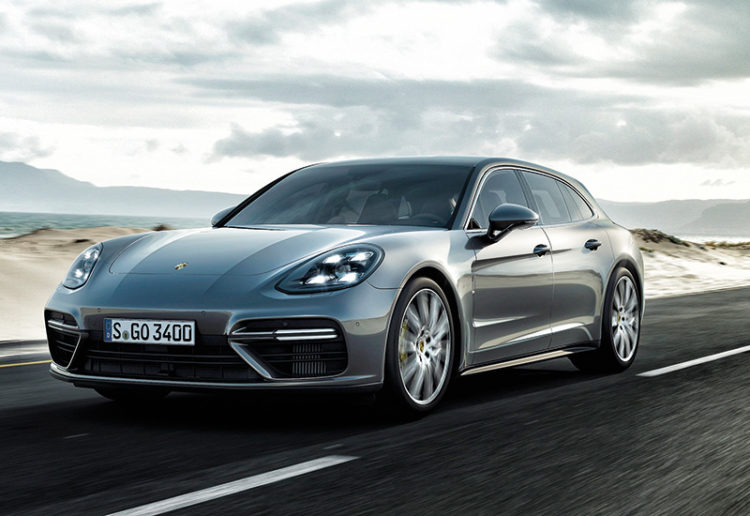 Sport Turismo – not wagon, nor shooting brake. That is what Porsche would like its third model in the Panamera range to be known. The Panamera models hitherto have been the fastback saloon and the long-wheelbase Executive.

I asked Andreas Jaksch, director of the Panamera Sport Turismo model/product line, whether the new Porsche is a shooting brake (a car bodystyle, popular in Europe, which is a luxury estate based on a saloon). With a smile, he replied, “It is a Sport Turismo.”

Released 10 months after the second-generation Panamera, the Sport Turismo variant was designed in parallel with the fastback. That being the case, Porsche missed a golden opportunity to shoehorn a proper three-seater rear cabin into the flagship and broaden its appeal even more.

Based on the standard-wheelbase Panamera, the front half of the Sport Turismo from the nose to the B-pillars is the head and torso of the Panamera. You would be hard-pressed to tell the difference if viewing both cars head-on.

But everything from the rear of the B-pillars has been grafted to form the new bodystyle.
The back end now looks more Ferrari GTC4Lusso than Porsche 911. It is as if the rear half of the Panamera had not been pre-washed, and shrunk when it went into a car wash. However, there is no difference in body length compared with the Panamera.

For the first time, a Panamera can (theoretically) sit three people in the back due to the higher roofline in the Sport Turismo. Two individual bucket seats, as per the saloon, are an option.

The cargo space is 520 litres when the rear seats are required. But if you need to put in your Pinarello Dogma F8 road bicycle, folding all three 40:20:40 split rear seats frees up an additional 890 litres of space for a total of 1390 litres.

These cargo capacities are 20 litres and 50 litres respectively more than the Panamera saloon.

To ease the task of loading when both your hands are full of grocery bags from Jones The Grocer, the tailgate can be opened (and closed) with a wave of your foot around the rear bumper, instead of your hand reaching for the trigger on the tailgate or the key fob. This is, however, a function known as Comfort Access which is only standard on the Turbo model. 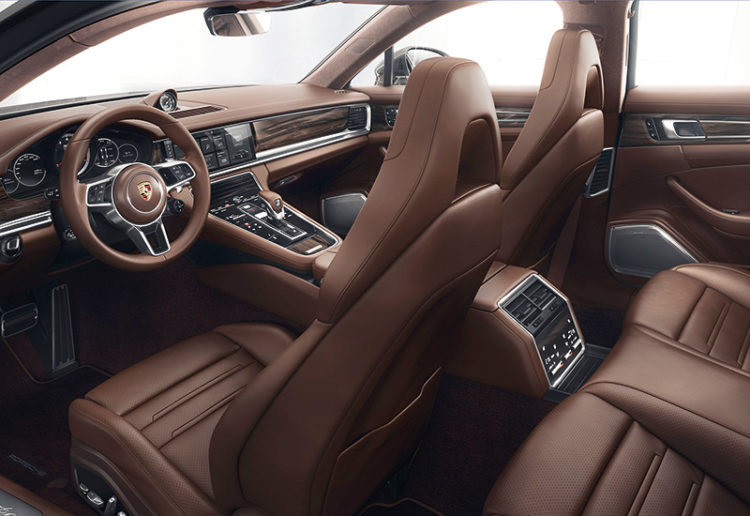 This is a better grand tourer than the Panamera fastback, but with similarly high levels of technology and motoring capability.

A distinctive feature on the roof edge is the high-gloss black rear spoiler. This is adaptive – at speeds up to 170km/h, it is at an angle of minus seven degrees to reduce drag and optimise fuel consumption.

Above that stroll-in-the-park speed (for a Porsche), the spoiler automatically adjusts to one degree so as to increase stability.

If the Sport Turismo is equipped with the optional panoramic roof system, the angle of the roof spoiler adjusts to minimise wind noise when the sliding sunroof is open.

All the re-engineering of the Panamera fastback to produce the Sport Turismo hatchback has resulted in a scant 30kg additional weight compared with the sibling bodystyle.

It’s interesting that there is no difference in the century sprint timings compared with the Panameras powered by the same engines.

The front doors open to reveal the same front cabin as the saloon. With vast swathes of high-quality leather, shiny aluminium accents and premium-grade synthetic materials, the cabin entices you into a world of luxurious sportiness.

There is no tombstone-like display panel at the centre of the dashboard to spoil the lines. Instead, the 12.3-inch laptop-size touchscreen is integrated with the central fascia.

The leather-and-aluminium steering wheel feels exquisite in your hands, with an appendage at the five o’clock position for easy switching of driving modes (Normal, Sport, Sport Plus and Individual).

The multi-function steering and touchscreen system are part of the standard Porsche Advanced Cockpit in the Sport Turismo, which includes the latest-generation Porsche Communication Management (PCM).

The Porsche Traction Management (PTM) is also standard. This means you get all-wheel-drive, which may not appeal to purists since there is no option for rear-wheel-drive. 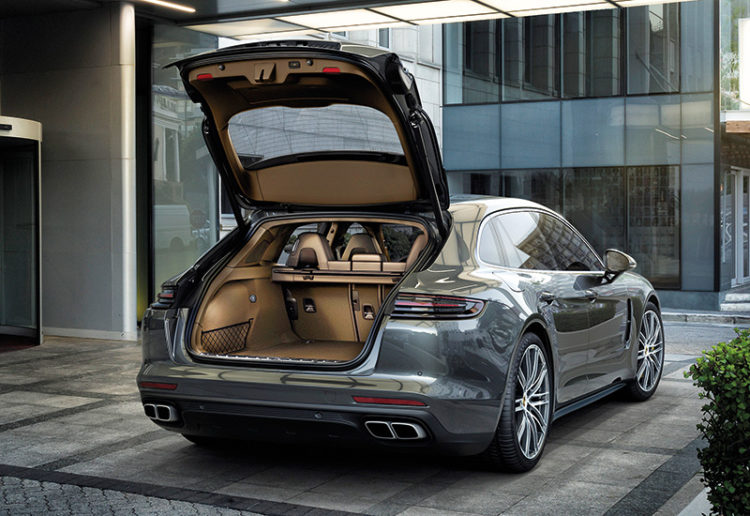