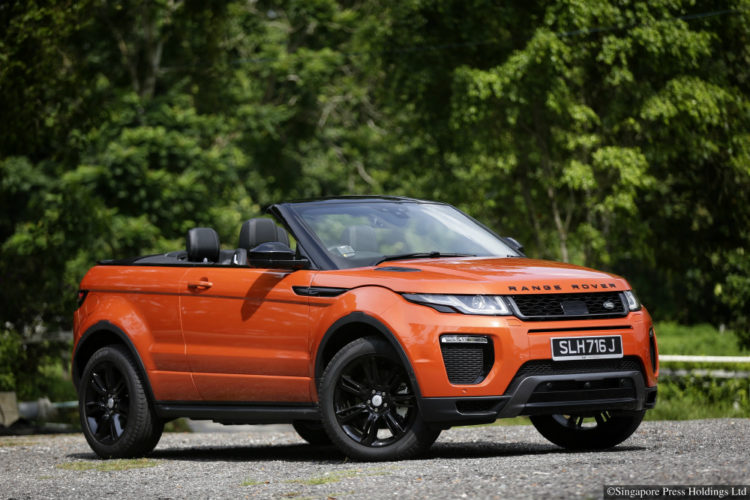 The Range Rover Evoque has been a runaway hit for Land Rover since it was launched here five years ago.

Almost single-handedly, the sharp-looking SUV propelled Land Rover sales from below 100 to more than 300 a year.

The success is replicated in almost every other market. So, you cannot blame Land Rover for wanting to milk the Evoque craze by making a convertible version of the car.

The Evoque Convertible, however, is not the looker that its hardtop twin is. Looking like a cross between a dune buggy and something automobile companies Bertone or Rinspeed would have come up with in the 1980s, the car is ungainly.

It looks better in the metal, but it is still not something you would describe as beautiful. Sure, it turns its fair share of heads on the road, but you wonder if people are drawn to it for the same reason they might be to a hairless cat.

While Land Rover Defenders have long been available with a canvas canopy, there is no similarity between those truck-like creations and the Evoque Convertible.

The novel Evoque is a blend of two contrasting concepts – a roadster and a crossover, making it an oddity.

Aesthetically, it takes as much getting used to as coupe-SUVs such as the BMW X6 and the Mercedes-Benz GLE Coupe.

And like the coupe-SUVs, it comes with a bag of compromises. Practicality and space are nowhere near what the hardtop Evoque offers.

Access to the second row in any two-door is less than convenient. In the high-floor Evoque, it becomes doubly cumbersome.

The second row will accommodate two adults fairly comfortably, but three will be a squeeze.

Rear visibility for the driver is poor, a trait mitigated by the test-car’s Blind Spot Monitor with Closing Vehicle Sensing and Reverse Traffic Detection, and Surround Camera system. 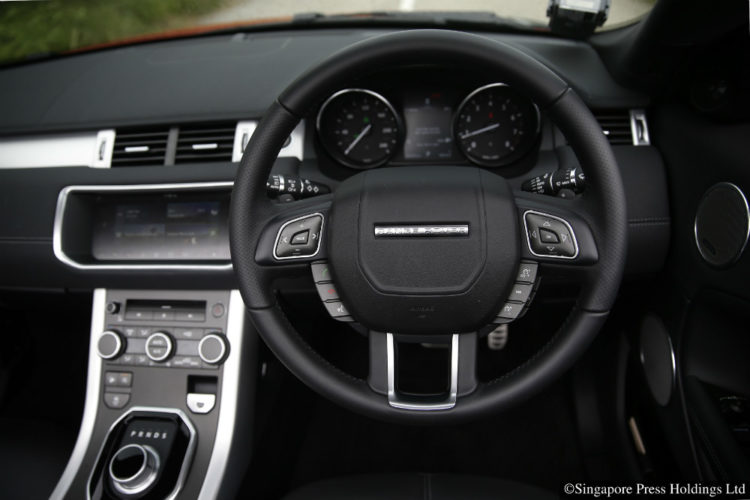 Boot capacity, at 251 litres, is less than half of what the hardtop Evoque offers. Much of the space has been eaten up by stowage for the foldable roof. There is, however, a flap in the middle for you to pull down should you carry long items.

With the roof up, the Evoque betrays some wind buffeting, which makes you think one of the windows is not closed fully.

Like most convertibles, the car is best driven with the top down. The Evoque’s powerful air-conditioner, with rear vents, makes sure everyone onboard is comfortable when the cabin is exposed to the elements.

The confines of the cabin and the poor visibility fall instantly away when the roof is stowed. It is, after all, the tallest convertible of its kind.

There is a niggle here – the front windows do not fully retract. The portion that protrudes does not make it uncomfortable for elbow-out driving, but it might irritate people who are attentive to details.

Those who are picky about how a car drives will be pleased, though. The Evoque Convertible behaves very well on the tarmac.

Its ride is surprisingly good, despite the car’s suspension having to account for at least an extra 281kg (versus the hardtop).

At nearly two tonnes, the car is unusually brisk and torquey. This speaks volumes for its turbocharged 2-litre engine, which makes 240bhp and 340Nm.

Throttle response is light and linear and the stickiness associated with a 9-speed autobox introduced two years ago is gone.

The car makes smooth progress, is nimble in the city and takes to corners far better than you expect.

The test-car is equipped with options such as adaptive cruise control, high-speed emergency braking and Park Assist (for both parallel and perpendicular parking). But even without these, the Evoque is a pleasant car to drive.

If you do not mind its spatial limitations and you happen to like the way it looks, you can be sure it will give you plenty of motoring fun in the sun. 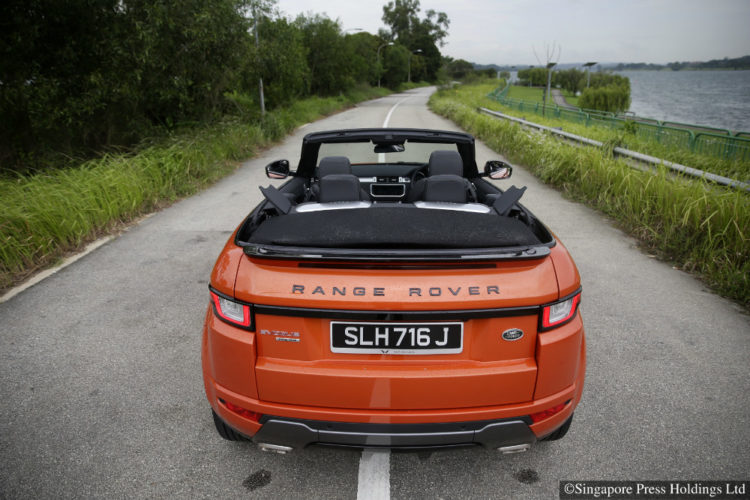