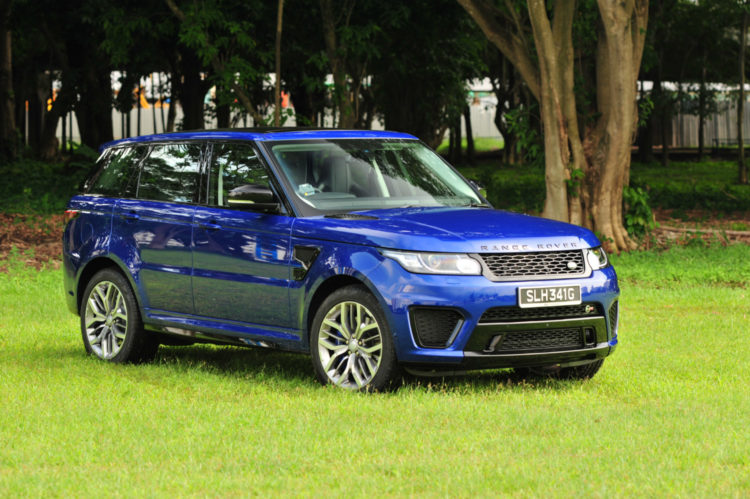 In 2007, BMW spawned one such hybrid – a cross between a coupe and an SUV, called the X6. Last year, Mercedes-Benz followed, with its GLE Coupe.

Like Frankenstein’s monster, something is not quite right about those outlandish creations.

They look a little hideous, for one. You never quite know whether you should take them to a track or a trail – and they probably will not excel in either outing.

They are enormous and yet they are spatially challenged. Occupants who are taller than Tom Cruise will ruin their hair in the second row. 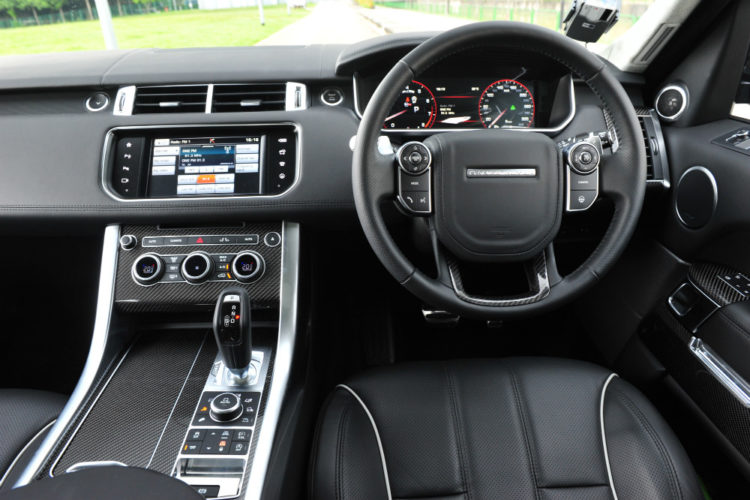 Far from offering the best of both worlds, they are at best a strained compromise.

Land Rover has steered clear of that gene-splicing path. To cater to well-heeled enthusiasts who want sporty, dynamic driving and lots of utility and multi-terrain ruggedness, it has produced the Range Rover Sport SVR.

The result is a lot more palatable than the “coupe-SUVs”. The SVR literally goes like a missile, yet retains the form and function of an SUV.

The concept is not entirely new to Land Rover. The company has had a Range Rover Sport for more than 10 years. The latest, however, is the fastest, most powerful and most tarmac-adhering iteration ever produced. 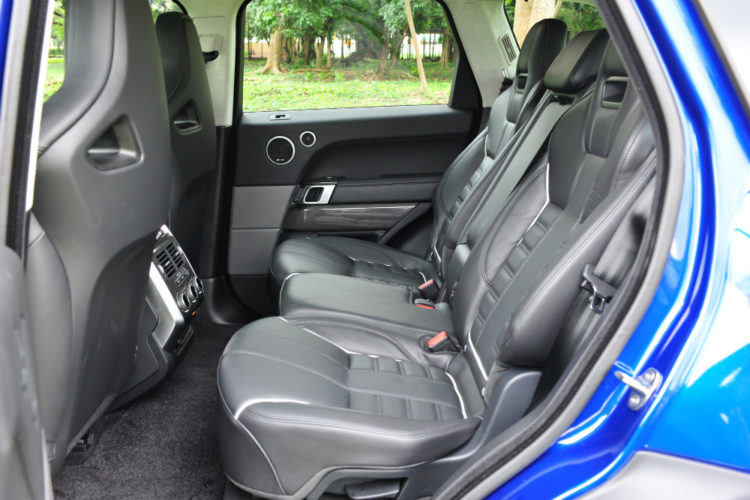 It packs a supercharged 5-litre V8, which churns out 550bhp and 680Nm of torque. The ample output is channelled to all four wheels via a decisive and seamless 8-speed autobox, hauling the 2.3-tonne behemoth to 100km/h in 4.7 seconds.

How phenomenal is that? Well, let’s just say it is close to getting a sumo wrestler to sprint like Usain Bolt.

The SVR has 40bhp and 55Nm more to its name than the “ordinary” Range Rover Sport launched three years ago. It is 0.6 seconds quicker to the century mark and 10km/h faster in maximum velocity.

Like the non-SVR variant, its aluminium architecture shaves more than 400kg off its kerb weight. If not for the lighter metal, it would have tipped the scales at nearly 2.8 tonnes. 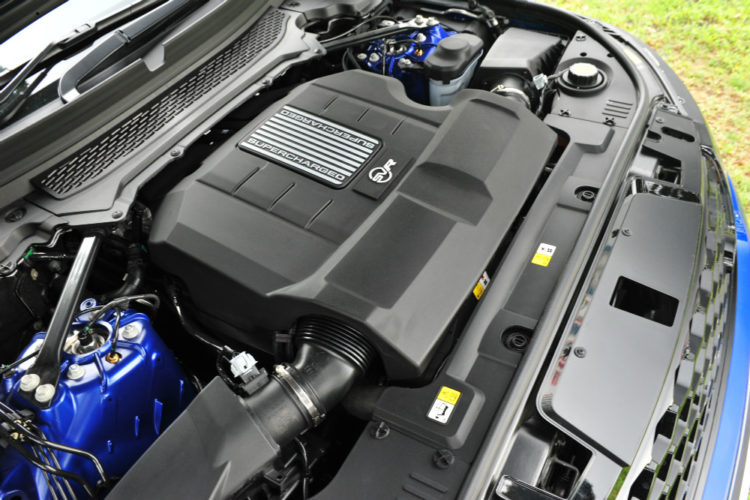 The SVR has all the trappings of a performance car, down to a two-stage exhaust system which turns a growl to a full-throated roar when driven hard.

There is also a handy button which opens the exhaust flaps to make the car sound like a raging R8 V8 – courtesy of big, prominent tailpipes – even when it is cruising down Orchard Boulevard.

The SVR drives exceedingly well for a full-size SUV. You can feel its generous dimensions at the helm – especially in narrower streets and carpark ramps. But it is strangely not intimidating.

You get immediate torque delivery for barrelling down the highway and for filling those gaps in traffic. Even so, there is no lurching motion if you lift your foot off the throttle suddenly. It is a gentle giant, one that is super swift and uncannily precise. 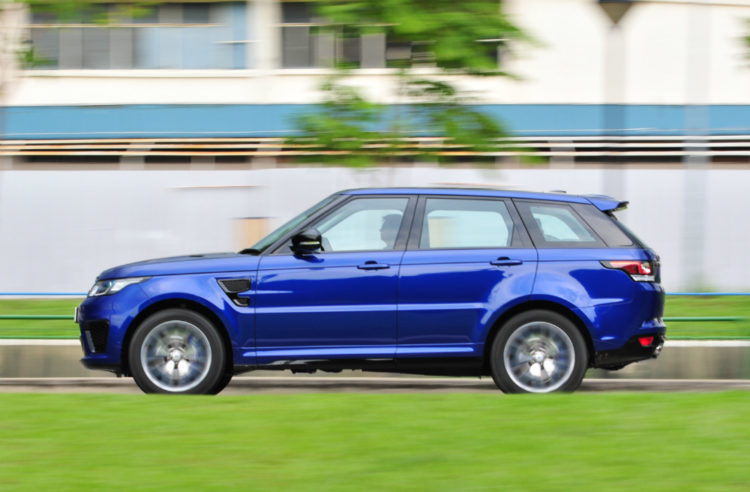 Its chassis is beautifully sorted, offering a plush ride as well as keen handling. In short, it is a joy to drive.

Yet it offers the comfort and space of a roomier-than-usual five-seater, with plenty of cargo-carrying capacity. It is as much of an off-roader as any Range Rover, complete with an automatic terrain response system.

There are plenty of premium features on board, including four-zone climate control, a panoramic sunroof, adaptive cruise control and an 825-watt digital hi-fi system.

In fact, the car manages to have something for everyone, without trying to be something it is not. 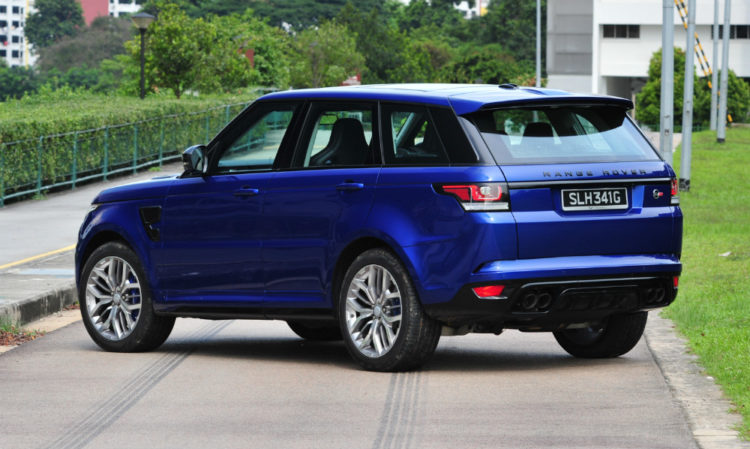