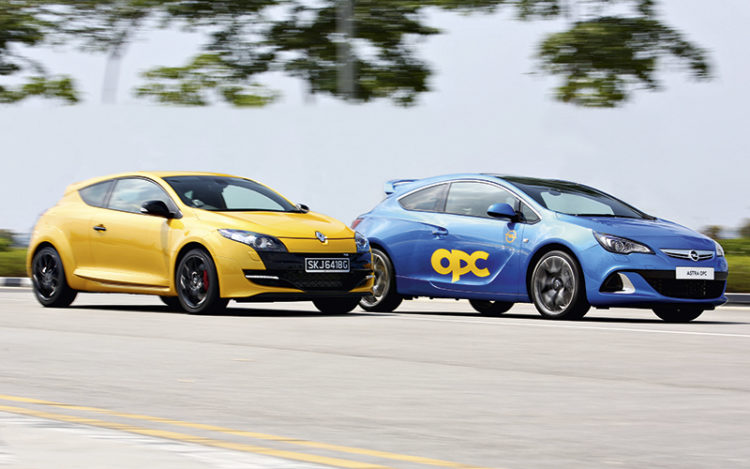 On the surface, it might seem like there’s very little separating the Opel Astra OPC and the Renault Megane RS265 – the pinnacles of hot-hatch performance from their respective German and French makers.

There are a great many superficial similarities to be had, from the rather loud signature colours adorning each car to the equally raucous bodystyling and the oversized (and some would say overstyled) wheels. Then there’s their broadly similar, VW Scirocco-esque coupe-hatchback silhouettes. And both pack in excess of 250bhp each, from turbocharged 2-litre engines driving the front wheels via a 6-speed manual gearbox. 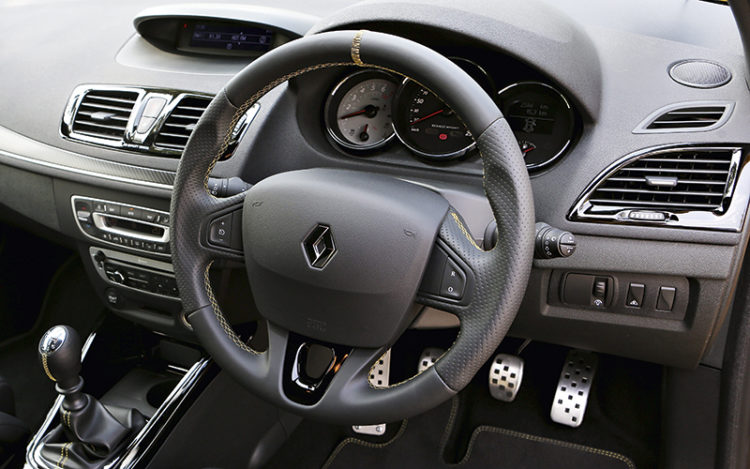 Of most import, though, is how both the Astra OPC (Opel Performance Centre) and Megane RS265 (RenaultSport) drive nothing like their regular counterparts in the model lineup. This is a very good thing, given that the “non-hot” Astra and Megane are quite dreary indeed.

But spend any amount of time in each car, and you’ll find that the Opel Astra OPC and Renault Megane RS265 have almost diametrically opposed characters. 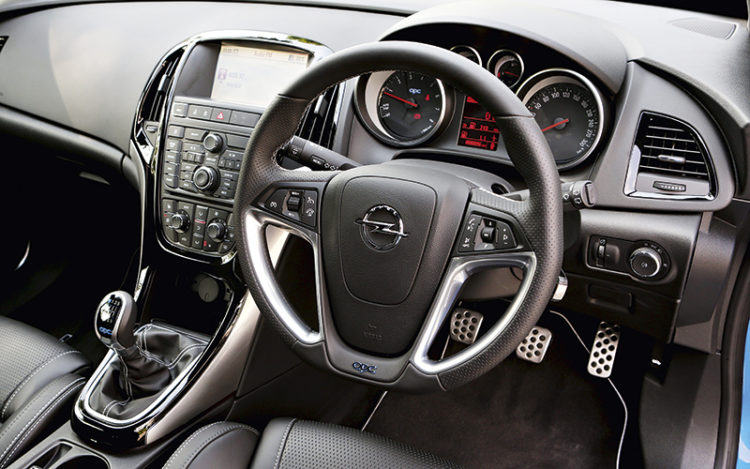 Settle your rear onto the Opel’s deep, high-backed bucket seat, and it will be apparent that this isn’t your everyday Astra (although the over-light clutch action does detract from its overall raciness). Aside from that, you might already have noticed the subtle OPC badging, in addition to the chunky gearlever.

Then there are the “Sport” and “OPC” buttons mounted high on the (hugely convoluted with its multitude of switches) centre console. Depressing them transforms the already potent character of the Astra to manic and borderline uncomfortable respectively.

Those modes add weight to the steering (though not quickness or feel), firm up the dampers and amp up throttle response. The Astra’s personality, even in its default setting, can hardly be described as subtle, but in full-fat OPC mode, it’s fairly clobbering you over the head with it. 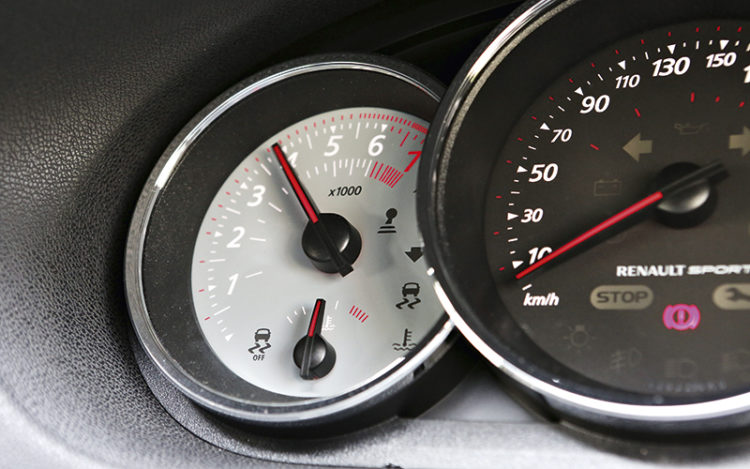 In that mode, you’ll feel every single one of the 2-litre turbocharged engine’s 280 “horses” on offer. It’s also a not-so-gentle way to remind yourself that it does the 0-100km/h sprint in 6 seconds flat.

What really hits you (and we don’t mean it entirely metaphorically) is the 400Nm of torque, peaking from 2400 to 4800rpm. It has a distinctly old-school, on-off feel to its delivery. It’s not a negative point, however – we think it rather adds to the Astra’s brutish mystique.

Attempting to keep that torque in check is a mechanical limited-slip differential and a front suspension setup that attempts to isolate the steering from driveline forces, but the effect is akin to the makeshift levees that make an appearance when there’s “ponding” on Orchard Road. 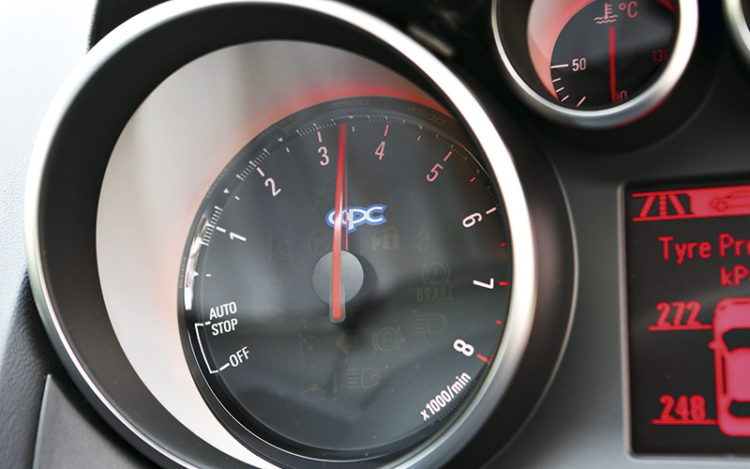 Not an entirely futile gesture, but not entirely effective, either. Torque-steer still nips at the steering during hard cornering, and more than once, we get the feeling that the Astra is balancing on the ragged edge of sanity. Again, as with the Astra’s turbo lag, it adds to the charm.

Unfortunately, nothing comes for free, and in the Astra’s case the price you pay comes when it’s fill-up time. Officially, the fuel-economy figure is 11.1km per litre, but this is highly optimistic. With the Astra positively begging you to drive the doors off it at every opportunity, 9km per litre is a much more realistic number. 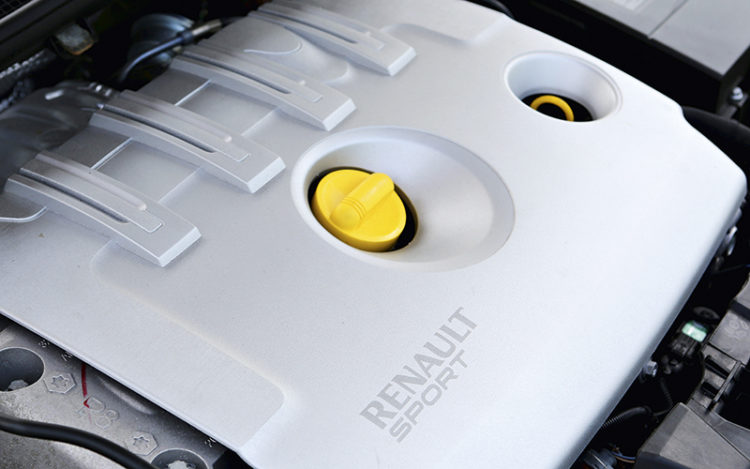 Despite all the drama on tap and a set of monstrous 20-inch alloys, the Astra’s ride quality is surprisingly benign, even in OPC mode. It’s certainly firm, but there’s an underlying suppleness to the damping that makes it quite easy to live with day-to-day.

And that taut yet pliant ride might be about the only thing the Astra has in common with the Megane. It’s a quality French hot-hatchbacks are very much noted for, so it should come as no surprise that it’s brilliant in the Renault’s case. 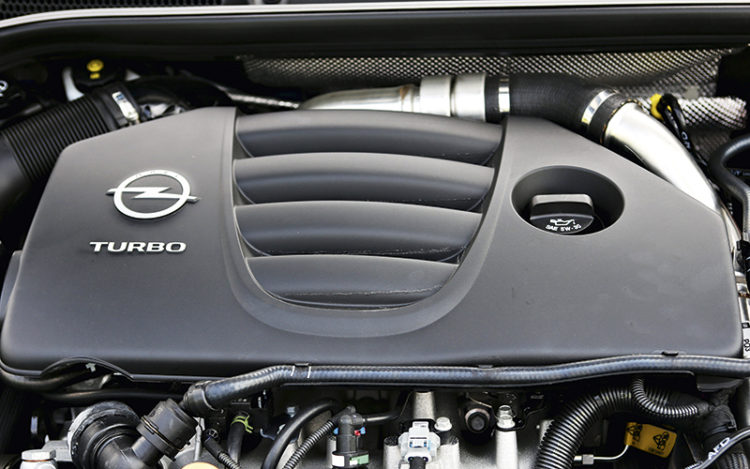 The pliancy of the ride gives it phenomenal levels of grip – grip that refuses to diminish even when encountering mid-corner bumps and depressions. Even more amazing is how the Megane manages to achieve this with a comparatively unsophisticated torsion beam rear suspension arrangement (against the Astra’s multi-link setup).

Everywhere else, however, the Megane is the polar opposite of the Astra. To be certain, it has the requisite visual cues to its performance potential, such as yellow paintwork, glossy black accents, F1-style “blade” front spoiler and red brake callipers. 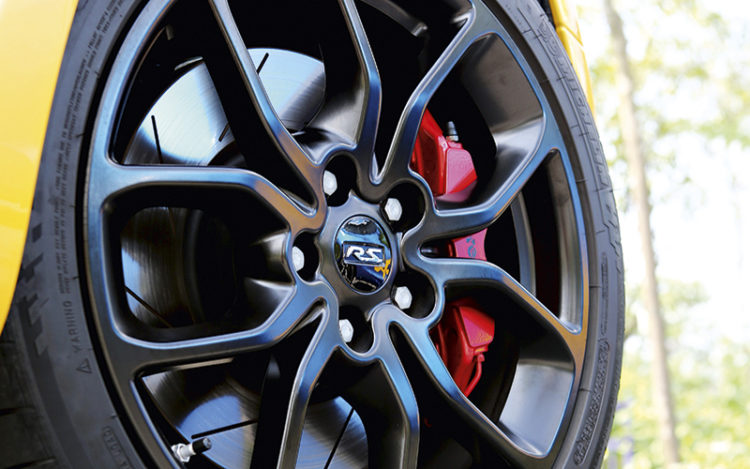 There are also sufficient toys in the Megane’s cockpit to pique a petrolhead’s interest. Toys such as the RS Monitor, a special function of the infotainment system that can display information like cornering G-forces (the Megane can generate a fair bit of that) and lap times. Accessing it, though, is a fairly tricky process, and you’ll have to hold down a set of buttons on the infotainment system’s remote controller, the “ear” located behind the steering wheel.

But on first (driving) blush, you’d be forgiven for wondering what all the fuss is about. When it gets moving, the Megane imposes no speed demon agenda on you, unlike the Astra. Keep the selectable (via the RS Monitor) throttle settings in Normal, and the Megane is as happy doing 30km/h as it is doing 90km/h. 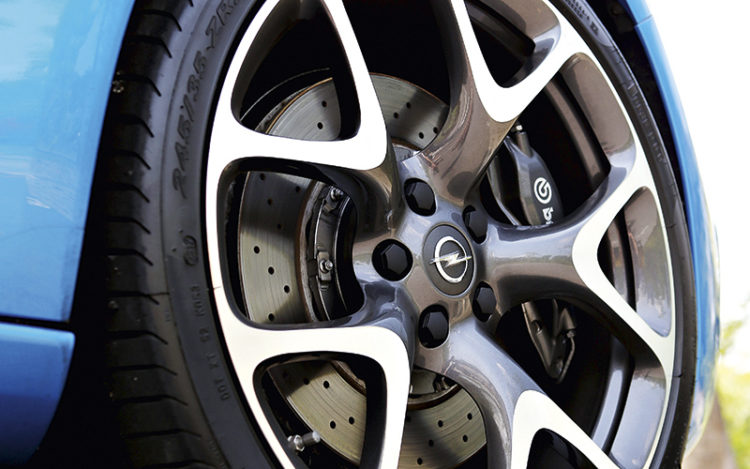 This is in spite of how it packs 265bhp from a turbocharged 2-litre. Peak torque of 360Nm comes in at 3000rpm, and the Megane’s 0-100km/h time is identical to the Astra’s 6-second century sprint timing.

This proves that it’s possible to imbue even a car that has a hot engine with a “normal” personality. Unlike the Astra, which is screaming at you to give it a thorough thrashing at all times (whether you’re in the mood for it or not), the Megane is happy to spend all day pootling along in the city, but is still ready to tango when called upon.

Whether that amenable nature (much like the Astra’s all-out mania) is a good thing or not is a matter of personal taste. It’s the sort of thing that splits people right down the middle. 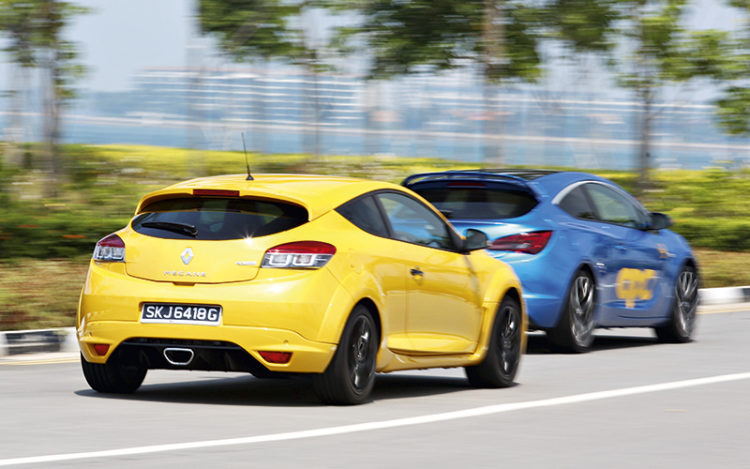 Were it up to us, however, our hearts would lie with the Megane. We get the feeling that Opel is really trying hard to impress with the Astra, given the car’s larger-than-life personality.

In all fairness, Opel has done a great job of things. But the Megane RS265 still edges out the Astra OPC by a hair, if only because the former feels less contrived.