With the exception of the Land Rover Defender, it’s difficult to think of any present-day SUV (sports utility vehicle) that has remained true to its original off-roading purpose. Even when equipped with all-wheel drive, most of today’s SUVs are “softer” and engineered to be more car-like, rather than truck-like, to drive.

This “friendlier” quality of modern SUVs is also reflected in their designs. The heavily revised Kia Sorento gracing these pages, for instance, is a far cry from the slab-sided, first-generation model. 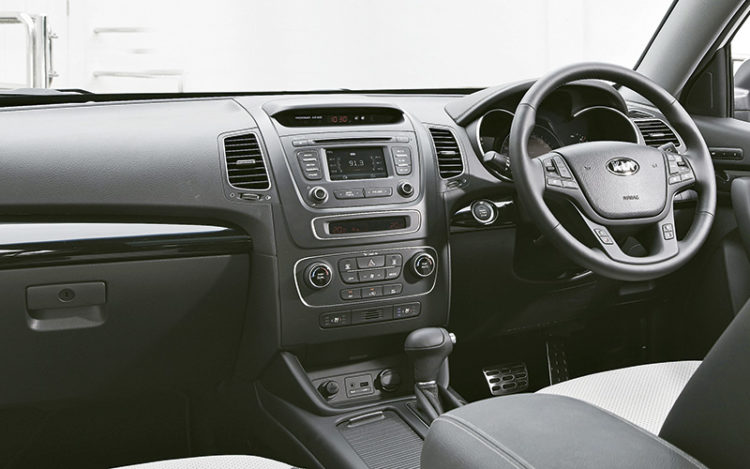 For despite its masculine design, the Sorento is also sleek, thanks to the sweeping grille and stylish new headlights (which now incorporate LED daytime running lights). There’s also a nicely sculpted tailgate that’s flanked by new LED tail-lights.

The cabin offers plenty of brightness, too, for the Sorento – both petrol and diesel version – comes with a panoramic sunroof as standard. This feature, however, isn’t only less than cool given our climate; it also adds weight and reduces the available interior headroom. 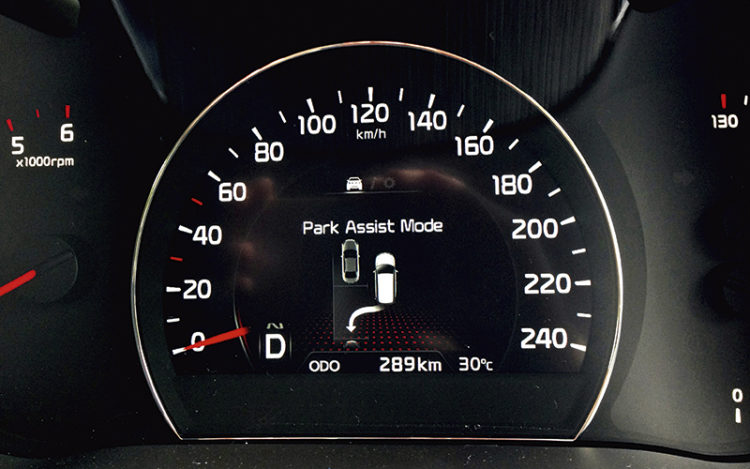 Parallel parking woes are easily sorted with the help of this function – the driver just has to modulate the brakes.

Making up for this is the very nifty instrument cluster, with a speedometer actually projected by an LCD. The result isn’t just a classier feel – it means clear readouts in any light condition. Adding to the cockpit’s premium vibe is the new infotainment system, which is primarily operated via a touchscreen interface.

As with other models in the Kia range, connectivity is excellent thanks to the quick-syncing Bluetooth function and USB port, but what this system really needs to be complete is a navigation feature. 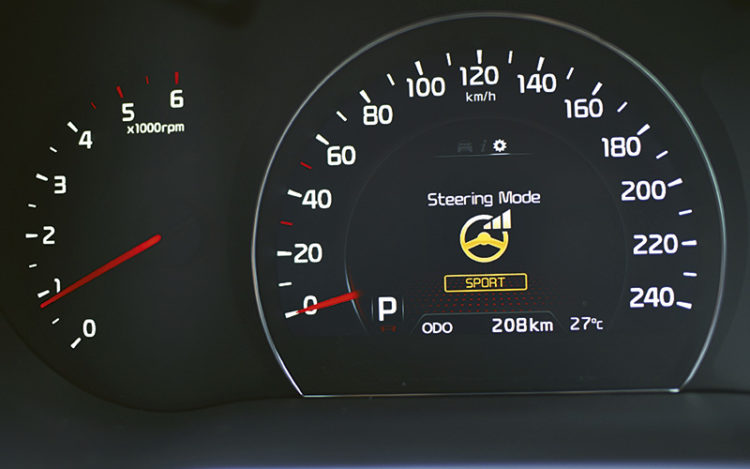 Flex Steer feature varies the steering assistance, but the helm’s weight feels similar no matter which setting you choose.

Also found wanting is the air-conditioning, with throughput that falls short compared to what we’ve experienced in other Kia models. To be fair, however, the system does include ventilated seats (replete with redundant heating feature) that do a wonderful job in keeping one’s back sweat-free.

There’s more than adequate legroom and foot space in the second row, although the amount of storage for loose items could be improved. Surprisingly generous, on the other hand, is the third-row bench, which provides enough room for my 1.75m frame. But if your passengers are taller than I am, do spare a thought for their sanity before “banishing” them back there. While the last row may not be the best spot in the Sorento, the driver’s seat certainly is. The high driving position gives one a confidence-inspiring and commanding view of the road ahead. If you’ve never sat in a Range Rover, this is what it feels like.

Fire up the 2.2-litre turbo-diesel and you get the typical oil-burning clatter, which can be heard and felt while the car idles. To say that this affects the Sorento’s refinement would be to miss the point entirely, because the soundtrack actually adds more ruggedness to its character.

This powerplant offers plenty of low-end torque – 436Nm from just 1800rpm. A gentle prod of the accelerator is enough to motivate this 1.8-tonne beast, although the gearbox’s programme is rather conservative and causes it to shift up too early. Fortunately, there’s a manual override function that allows you to better exploit all this wonderful oomph.

The petrol-engined variant, on the other hand, is a lot more forthcoming in its power delivery. There’s little need to utilise the manual override because the motor is more rev-happy, and since only the front wheels are driven (as opposed to the diesel model’s all-wheel drive configuration), the 60kg in weight savings makes the petrol version feel more agile. Crucially, the Sorento is more powerful than its cousin, the Hyundai Santa Fe. 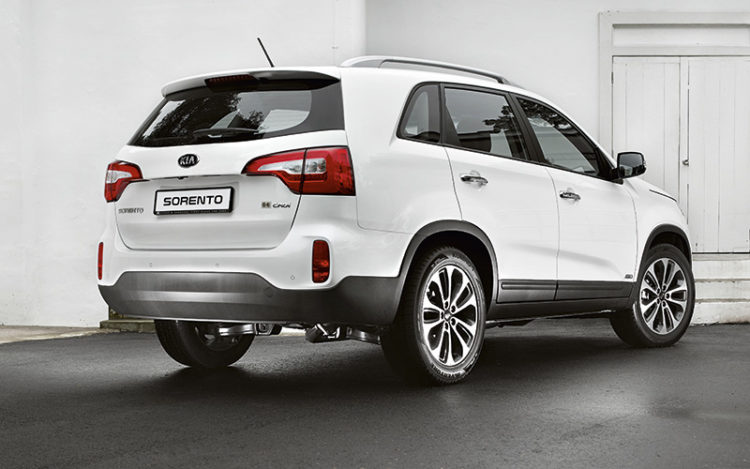 One trait both the petrol and the diesel variants have in common, however, is that they handle like a truck. With a high centre of gravity, the Sorento displays a lot of lean around corners, and if you push it harder, your bum will definitely slide off the seat.

It may be endowed with designer looks and a well-equipped cabin, but the Sorento’s most admirable quality is how it has stayed true to its original premise: It feels and drives like an SUV – there’s nothing car-like about it at all. 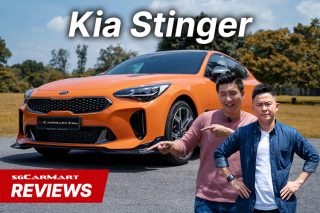