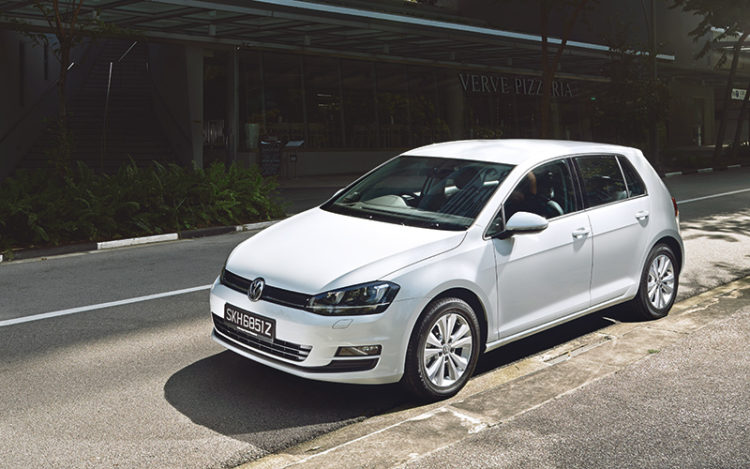 The story of the VW Golf is a classic tale of a character with a modest background, whose talents eventually catapult him to fame. The Golf, originally conceived as a simple, practical and reliable runabout, is that protagonist.

It started life as an ordinary Mk 1 hatchback, which was cheap to run and had few amenities to speak of. It was just an “appliance” to get its occupants from point A to point B. Six model changes later, the Mk 7 Golf is no longer just an everyday hatchback. It possesses a refinement previously unheard-of in its segment, and it even turns heads – which ordinary hatchbacks aren’t capable of. 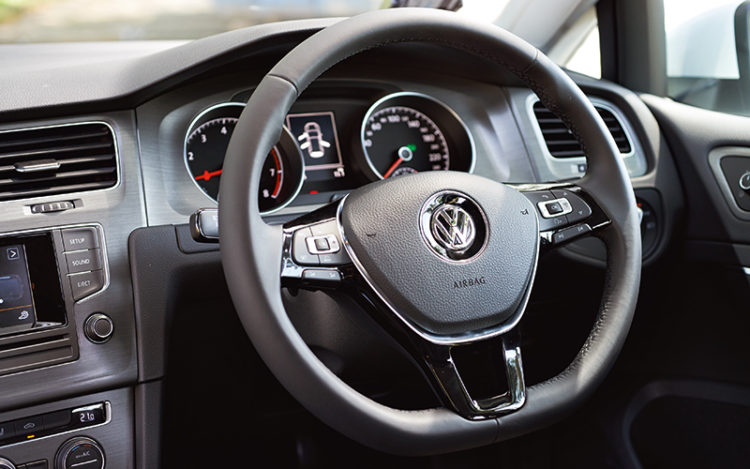 The exterior design of the latest Golf is an evolution of its predecessor’s. Those stylish yet understated looks are a product of the clean lines, with a barely noticeable chrome bar running across the front grille. But the stance is more confident this time around, thanks to dimensions that are longer, broader and lower than the Mk 6 model’s. The front wheels were also moved forward by 43mm in order to reduce the front overhang and give the car even more balanced proportions. 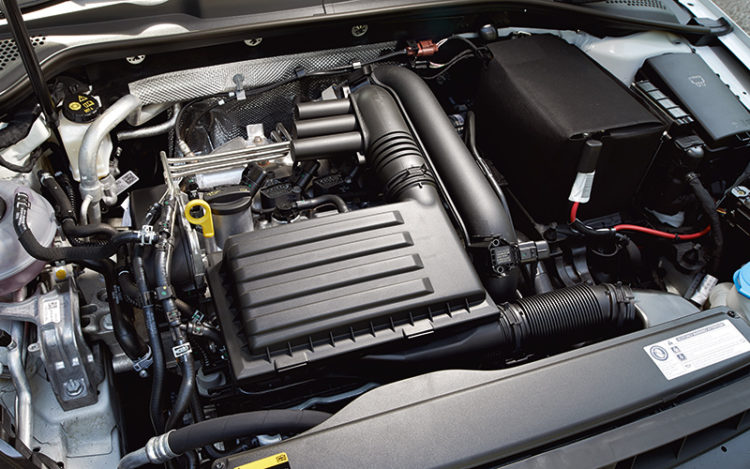 Turbocharged 1.4-litre can really deliver, but its soundtrack becomes bothersome above 4000rpm.

This increase in body size has resulted in an interior that’s more spacious than before. There’s more legroom in the back for passengers, with the wheelbase increased by 59mm to a current 2637mm, together with an extra 30 litres (for a total of 380 litres with the rear seats up) of cargo space. The better-packaged boot also includes a versatile dual deck, which enables the parcel shelf to be stowed beneath the floor. 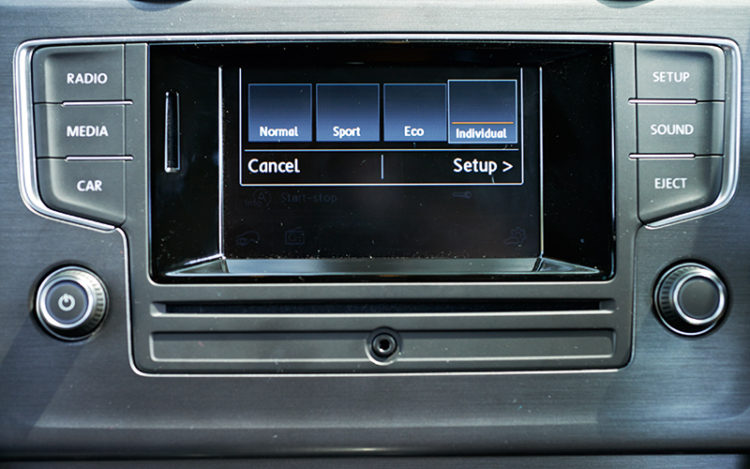 In 2013, the Golf’s driving profile selector had numerous configurations, more than any Audi.

It is the driver, however, who will enjoy the most goodies, for the new Golf has a classier cockpit with more nifty features than ever. The contoured steering wheel (as opposed to the plain round previous incarnation) offers superior grip and the handbrake has been replaced by an electronic equivalent, while the centre console is now wider and angled towards the driver.

The all-new infotainment system has a touchscreen interface, which allows the easy tweaking of audio and other functions such as the climate and Driving Profile Selection. The latter, which is similar to Audi’s drive select system, lets the driver choose between Normal, Sport, Eco, and Individual settings – these mainly affect the engine and gearbox characteristics. 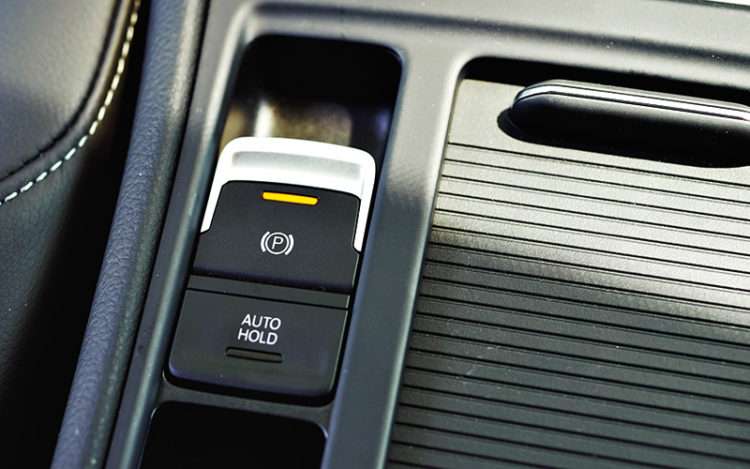 Balancing on carpark slopes won’t be a problem now thanks to the auto-hold function.

It doesn’t matter which mode you choose, though, because the default setting seems to be “impress every driver”. The Mk 6 model is already praised for its comfort, but the Mk 7 takes things to a higher level. The ride has become even smoother and the cabin, quieter still. Volkswagen’s claim of a 5dB reduction in the noise level “sounds” conservative to me.

It’s a breeze to twirl the wheel with the newly specified electric power steering, which offers a responsiveness absent from the old Golf. A bit more feedback from the rack would be welcome, however. The improved turn-in is made possible by both the new helm and the XDS electronic differential, with another reason being the 100kg weight cut over the Mk 6 (most of it from the body and engine block, the latter now made of aluminium instead of iron). 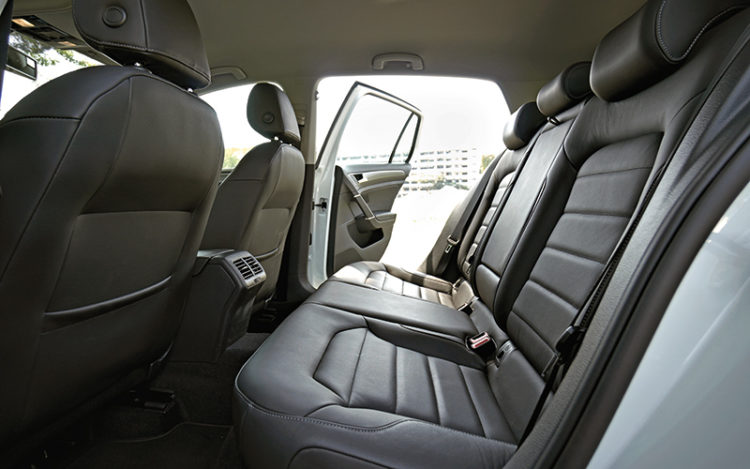 The roofline is lower, but the more generous headroom readily accommodates taller people.

The 122bhp and 200Nm produced by the 1.4-litre turbo powerplant aren’t big numbers, but the Golf’s lighter kerb weight makes all the difference. It’s peppy enough for city driving and packs a decent mid-range for expressway runs, too. Choosing the Sport mode invigorates the performance, but the trade-off isn’t worth it – the motor simply becomes too buzzy with this selection. 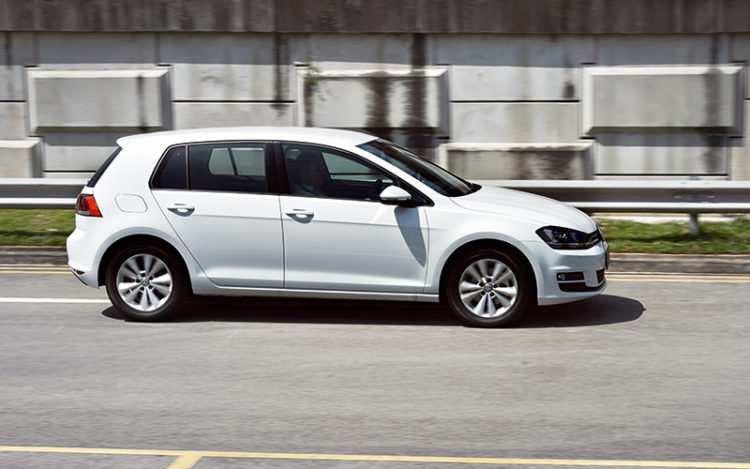 Utilising the dual-clutch 7-speeder’s manual override is a better option to perk up its performance. The gearchanges are as rapid as ever, but the really great news is that the low-speed jerkiness that used to plague VW’s 7-speed DSG seems to have been sorted once and for all. 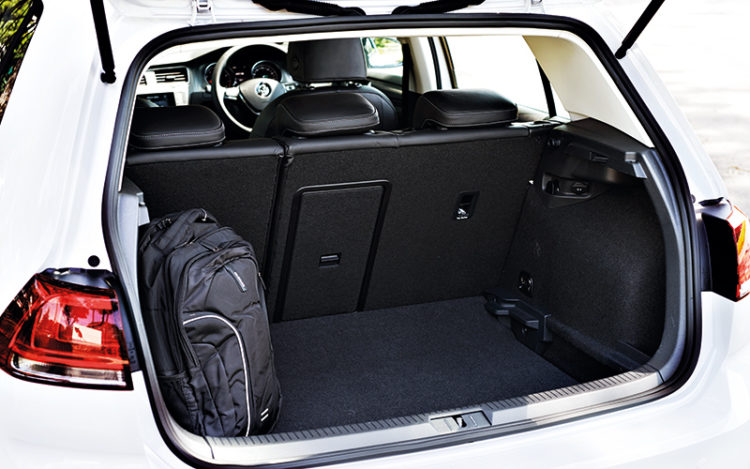 This newfound smoothness is also apparent in the coasting function, which de-couples the engine from the transmission whenever the accelerator pedal is released. Together, the coasting capability and the stop/start system help the Golf to achieve an average fuel efficiency of 20 kilometres per litre – a significant 3.3km-per-litre thriftier than before.

Although the typical shudder that accompanies every auto restart has been minimised, there is a little lag in the subsequent re-engagement of Drive, which in turn delays the move-off. But there isn’t any hold-up in the initial local sales of the new Mk 7 Golf – more than 100 units have been ordered (at press time). 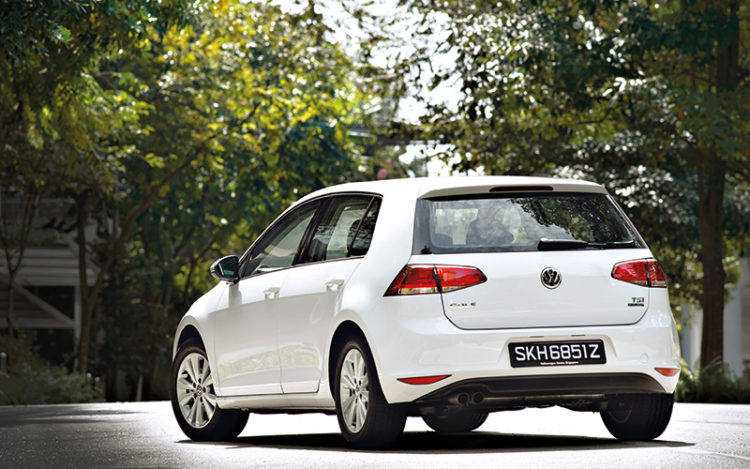 The Volkswagen Golf is now quieter and even more comfortable.

It may have become a celebrity in the hatchback world, but the Golf’s most compelling trait remains its honest-to-goodness qualities.