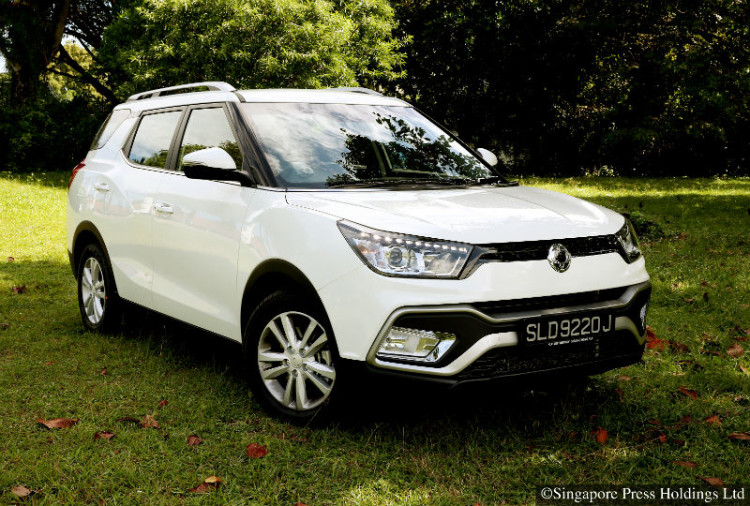 Does my bum look big? Well, yes dear, it actually does. It looks really, really big.

You might not get away with an answer like that normally, but it would be perfectly fine if you were having an imaginary conversation with the SsangYong Tivoli XLV.

The XLV is 238mm longer than the Tivoli, with all the extra length going to its rear section.

That gives it an enormous boot. To be precise, it has 720 litres of stowage – up from the already fairly generous 423 litres in the standard Tivoli.

If you are not with DHL, it is more space than you need in the course of a normal day. But when there is the occasional need to transport the kitchen sink or half of a plant nursery, the Tivoli XLV’s extra- large boot comes in handy.

XLV, by the way, does not stand for Extra Large Va-va-voom. It stands for Exciting Lifestyle Vehicle.

Its generous stowage will be great for those who are into watersports, golfing, cycling and kite-flying (those jumbo kites take up space).

If the boot is still not big enough, the XLV comes with roof racks. The car is also slightly taller, standing 45mm higher than the standard Tivoli. This translates to more headroom for occupants, which is always a good thing. Rear passengers get to recline their seats by up to 32.5 degrees – up from the standard Tivoli’s 27.5 degrees. 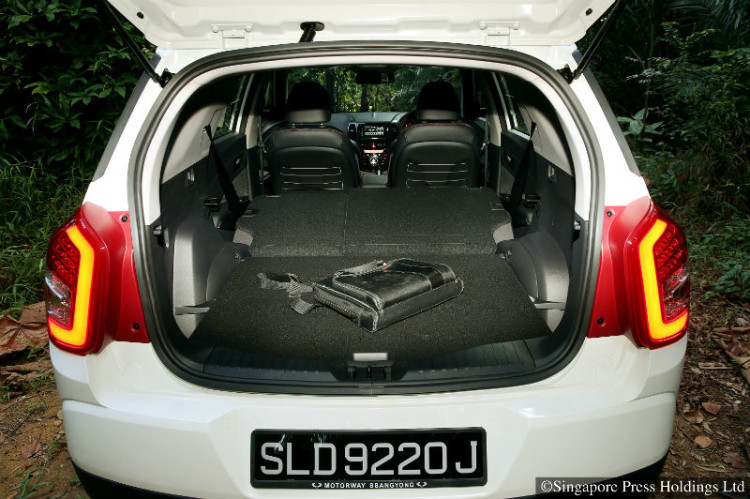 This gives those seated in the second row the feeling that they are in a limousine. Yet, its loading height remains manageable.

Its front bumper incorporates a paddle-shaped metallic frame which also houses its foglamps. Its headlights are now fitted with daytime-running LEDs. The standard Tivoli looks rather plain in comparison. Also, the rear-light clusters are different and so is its boot lid.

From this angle, the standard Tivoli looks more chic, while the XLV looks more like a minivan. To its credit, SsangYong designers have managed to hide the car’s bulk well with a third set of windows aft of the C-pillars.

In fact, the expanded boot area looks big enough for a third row of seats. But I suppose Ssangyong prefers to position the XLV as a vehicle a surfer dude or skier drives, rather than something a soccer mum would gravitate towards.

Inside, red-stitched leather upholstery further enhances the XLV’s sporty outlook. It gets a black chrome steering wheel instead of the standard Tivoli’s matte silver one. Despite the visual cues which allude to a sportier drive, the XLV is not more dynamic than the standard Tivoli.

It is susceptible to a lot more body movements and its engine sounds more strained when extended. It is not as brisk as its smaller sibling and could do with a few more ponies beneath its bonnet.

Surprisingly, it is not as unwieldy to handle as one might expect of a car with such a huge rear, though.

What it sorely needs is a parcelisation system for the boot to prevent items from skidding around when the car is in motion.

That aside, the XLV offers plenty of utility for those with “exciting lifestyles” – thanks to its big booty.