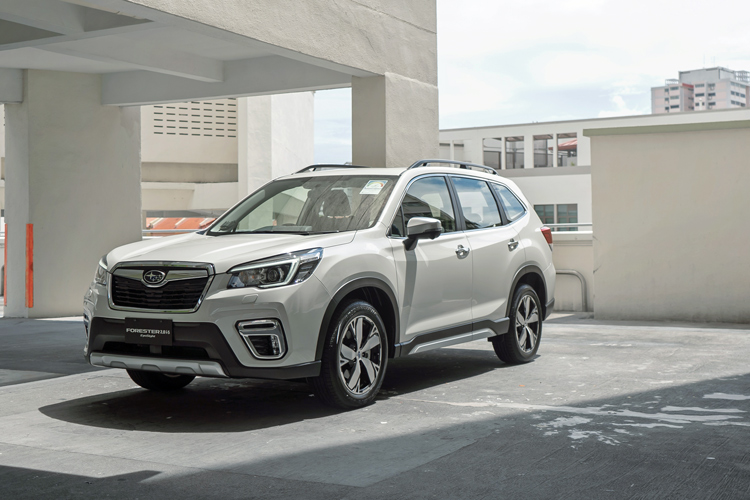 Thanks to their spaciousness, stronger road presence and better outward visibility, SUVs are all the craze now.

Take the Toyota RAV4 for instance. It’s a modern-looking SUV, has a spacious cabin, and is certainly refined and comfortable on the move.

Another SUV that comes to mind is the all new fifth-generation Subaru Forester.

It is built on the Subaru Global Platform that also underpins the Impreza and the XV. Subaru says this makes the Forester more rigid and agile.

Despite the lack of time with the Subaru Forester, we managed to experience its improved dynamics and well-controlled body roll. 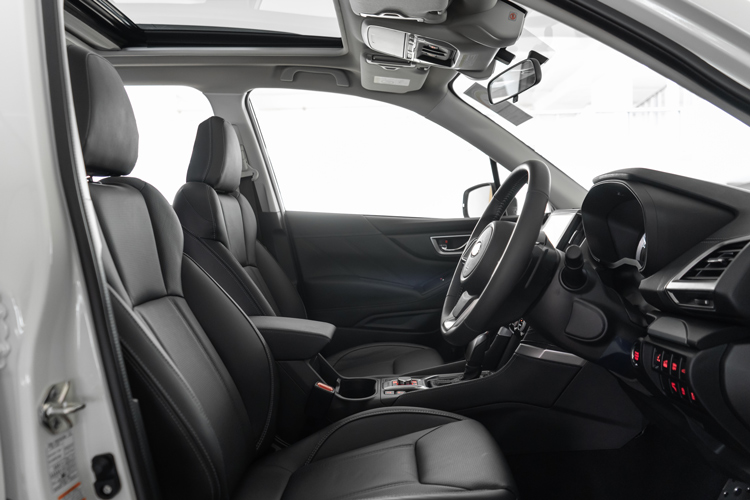 BUT IT’S NO LONGER TURBOCHARGED!

Yes, the Subaru Forester is no longer turbocharged, and it may never well be in the future.

With 154bhp and 196Nm of torque sent to all four wheels, it bears none of the enthusiasm that its turbocharged predecessors had. But drive it with a disciplined right foot and it can be rather rewarding.

Despite the car’s bulky and stocky looks, the new Subaru is surprisingly capable of a refined and comfortable ride. 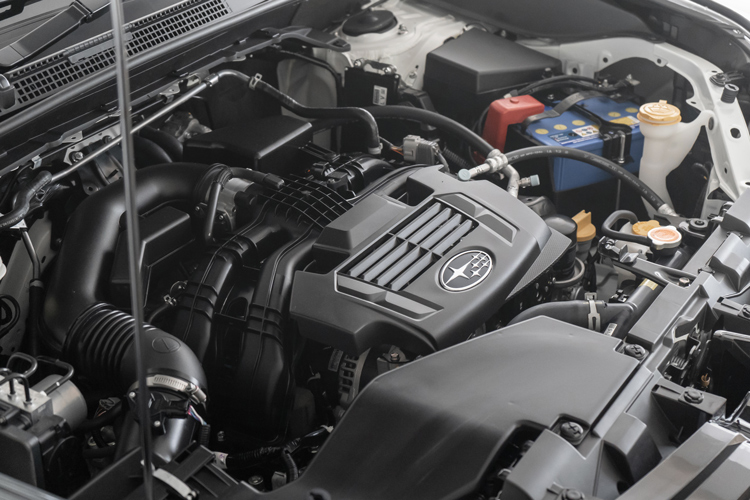 On the move, the annoying drone often associated with CVTs is absent. Instead, it comes across as natural as a torque converter automatic.

Subaru engineers have also done their wizardry to ensure that external noises are kept well at bay. This enables occupants to enjoy a peaceful and composed ride.

That said, the car’s weight is an issue. The Forester’s heft of close to 1.6 is palpable. 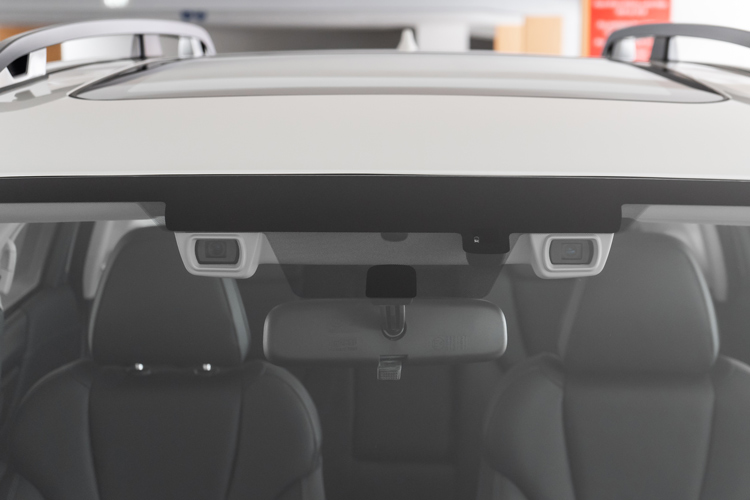 The EyeSight system. The square-shaped camera lenses are on either side of the rearview mirror.

WHAT ABOUT SAFETY FEATURES?

While these may sound common, they are usually standard in more premium models. The lead vehicle start alert, for instance, alerts the driver when the car is at a halt and traffic starts moving again.

That’s convenient for those who are constantly checking e-mails via their mobile phones when the car isn’t in motion. 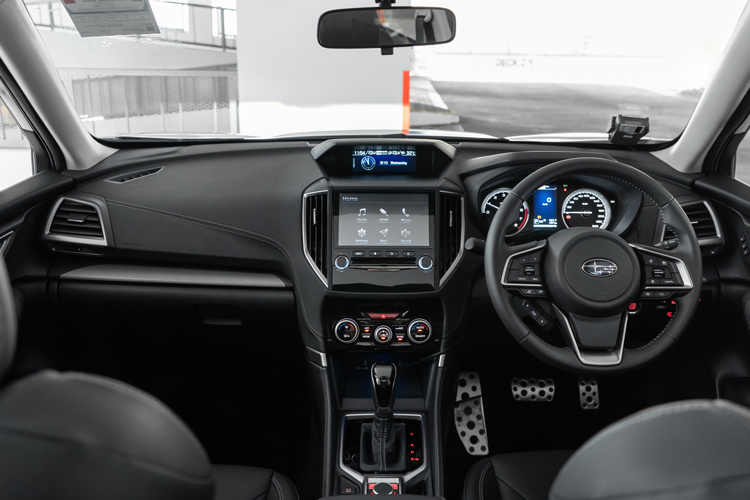 The Subaru Forester’s pre-collision braking monitors the area in front of the vehicle and alerts you to potential collisions.

At speeds up to 50km/h, the system automatically applies the brakes if the driver is unable to react promptly. This helps prevent a collision or reduce any damage in an accident.

Design-wise, we like Subaru Forester’s distinctive C-shaped headlights and taillights. We also like the bold lines and aggressive folds.

Just as appealing is its cabin. Apart from the usual multi-function steering wheel and high-quality plastics, you get a massive sunroof that helps enhance the cabin’s ambience. 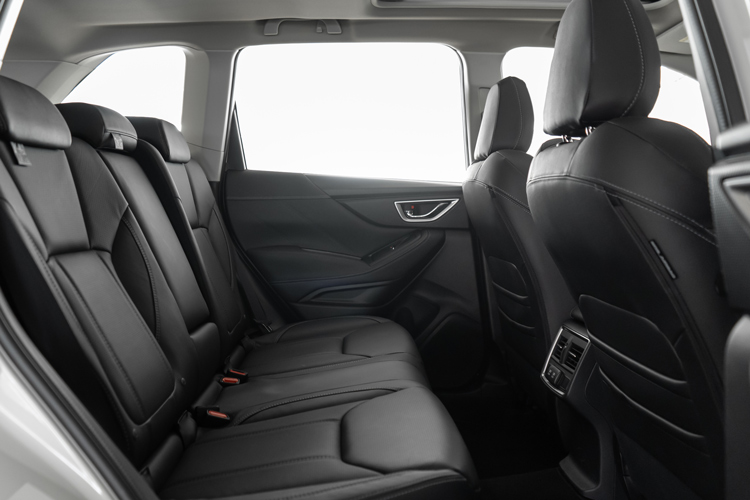 The Subaru Forester will fit three full-sized adults at the back with ample head and legroom to spare. Meanwhile the 520-litre boot will fit several luggage and grocery bags.

Fold down the rear seats and the hauling capacity expands to 1775 litres.

A DEAL FOR THE FAMILY

Yet it comes with a suite of safety features that are more realistic and convenient over Toyota Safety Sense. Together with its space and refinement, it’s a more compelling proposition than rivals such as the Toyota RAV4. 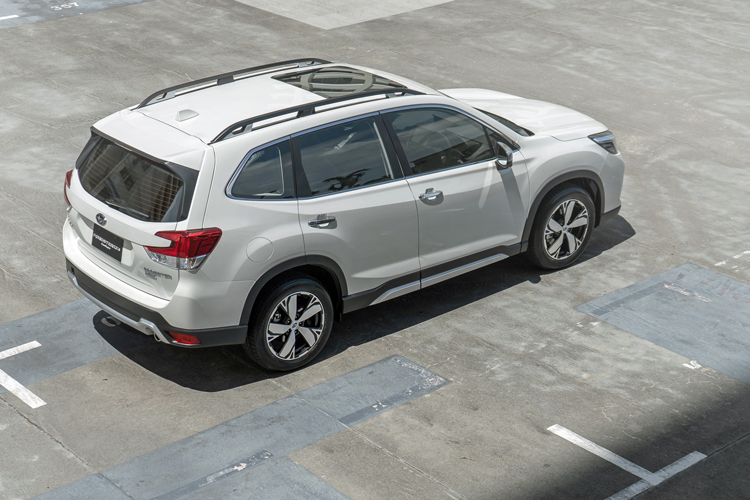