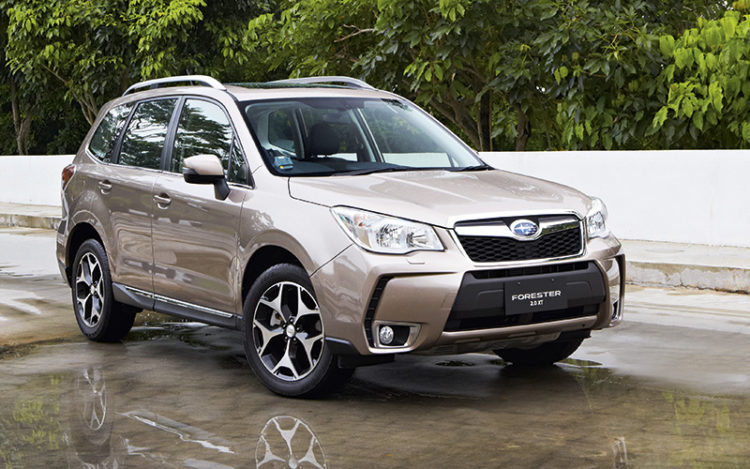 Going by design alone, it seems that Subaru has been intent on taking its Forester crossover from the boondocks and placing it into the confines of the city. The first- and second-generation models were square-jawed, rugged-looking vehicles, but the succeeding Forester was a shocker — compared to its predecessors, it looked sleek, streamlined and dare I say it, soft.

The fourth-gen Forester, however, eschews its predecessor’s softer look for a more masculine and chiselled appearance. There’s a chunky front bumper and creases on the bonnet, plus strong shoulder lines that run from the front fenders to the tail-lamps. Compared to the preceding model, the latest Forester has also grown bigger all-round as well, but the key point here is its 25mm longer wheelbase, which means more passenger space. 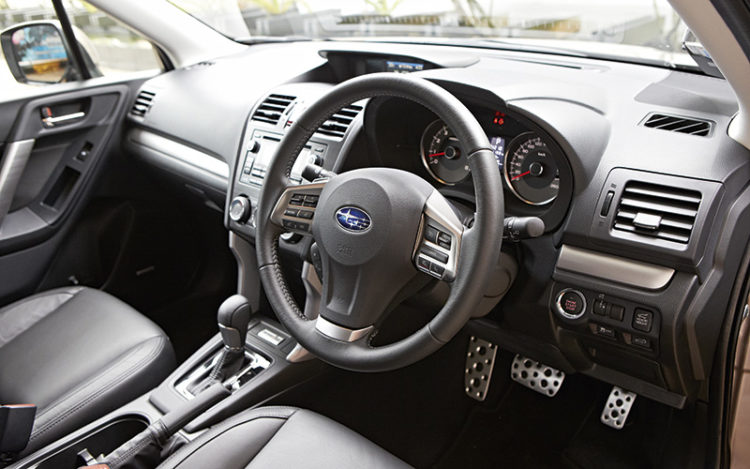 Apart from the added room, it’s the cabin’s build quality that also impresses. The plastics used are soft rather than hard, while the buttons and toggles offer nice tactility. The let-down here, however, is with the indicator and wiper stalks, which still have a toy-like feel to them.

The new Forester, however, doesn’t toy around when it comes to audio quality. Standard equipment for this range-topping 2.0 XT variant is a Harman/Kardon hi-fi system, which delivers great sound reproduction. But while occupants in the rear might enjoy the music, they won’t like the fact that headroom and foot space are at a premium. Fortunately, the rear bench itself is wide enough to comfortably accommodate three adults. 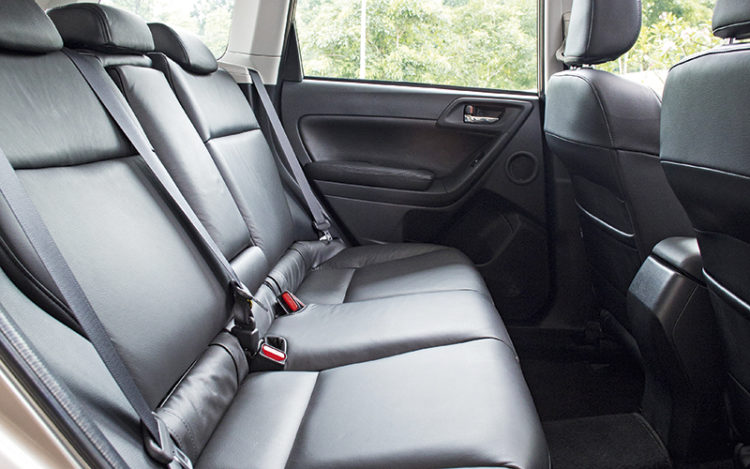 Entry/egress is made easier by the fact that the doors can swing open up to nearly 90 degrees.

Now, while the Forester’s exterior makes one think that it’s still rough around the edges, its refined performance will definitely change your mind. Fire up the car’s turbocharged 2-litre engine and you’ll discover not just how eerily quiet it is, but also how creamy it is at idle. Thanks to the boxer powerplant’s natural balance, there’s no vibration whatsoever.

Said powerplant is smaller than the turbocharged 2.5-litre in the previous range-topping Forester, but it packs a bigger punch. The 240bhp/350Nm on tap here produces 10bhp/30Nm more than the larger motor, and aids the new Forester in achieving a 7.5-second century dash time – nearly half a second quicker than what the older model manages. It’s also more efficient – the smaller engine’s combined consumption figure of 11.8km/L is 2.3km/L better than what the larger powerplant manages.

The rear seats can be folded flat for a total capacity of 1541 litres.

Further complementing the unit’s refinement at idle is its buttery smooth power delivery. There’s just a hint of turbo lag when moving off, but once the boost kicks in, you’ll feel this enormous wave of torque that sends you surging forward.

Allowing the driver to further tweak the Forester’s engine characteristics is Subaru’s SI-Drive system, which offers three selectable modes: Intelligent, Sport and Sport Sharp. The default setting is Intelligent, which tries to maximise efficiency to reduce fuel consumption. But if you want to enjoy the car, you should opt for either of the latter two modes. Keener drivers will love the Sport Sharp setting, as it maximises the throttle’s responsiveness. 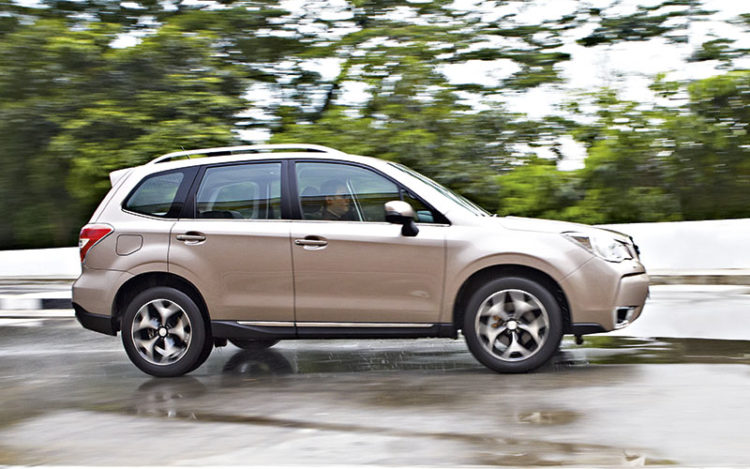 Given its near-1.8m height, it’s no surprise that this crossover leans in corners. But while body roll is kept in check, the lack of grip on the seats will cause bums to slide if you’re overenthusiastic. Anyway, sporty on-road driving is not the Forester’s forte – it’s the assurance that comes from the generous all-round visibility and the all-wheel drive system, which we unfortunately didn’t get to test due to the lack of a suitable off-road course.

Surprisingly above average, too, is the continuously variable transmission (CVT) in this car. Unlike the many CVTs out there which have a “clutch slip” sensation when pressed hard, the “8-speed” unit here feels like a regular torque converter. There’s no whine or rubbery feel. It performs so optimally when left in “D” that it makes the manual override function and paddle-shifters seem redundant. 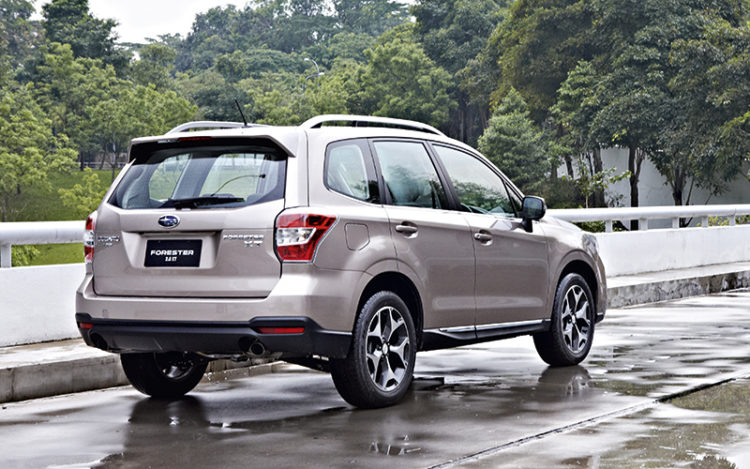 The latest Forester is powerful and refined, but its key strength lies in the fact that it still gives you the confidence to know that you could take it off-roading anytime you wanted to. Subaru might have taken the Forester out of the forest, but it certainly hasn’t taken the forest out of the Forester.