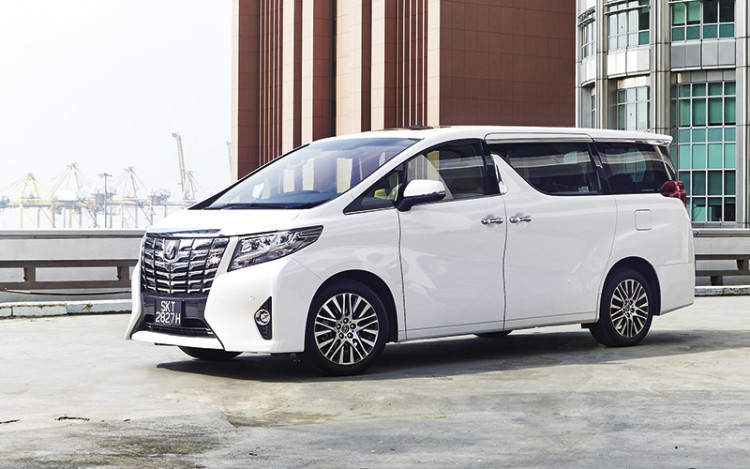 We once had a colleague who was fond of saying: “Go big or go home.” It refers to not using half-measures when doing anything. And if you don’t go all-out, you shouldn’t even bother trying.

It’s probably also the mantra of the engineering and design teams behind the Toyota Alphard. In the world of multi-purpose vehicles, few models are as accomplished as the Alphard and its Vellfire sibling. Both models have elevated the business of moving people to another level.

An MPV’s purpose is to ferry people. But while most, if not all, MPVs cater to family men, the Alphard is preferred by businessmen.

It’s easy to see why an Alphard would be attractive to a big-business man who wishes to make an equally huge statement. Apart from its aggressive looks (check out that ginormous front grille!), this MPV has downright imposing dimensions. 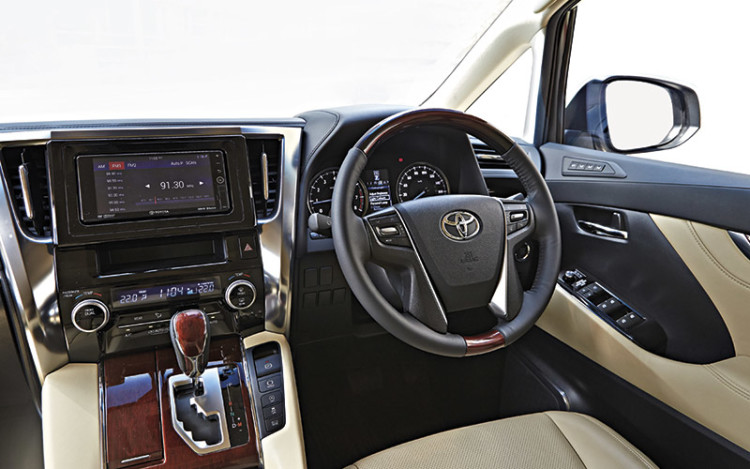 At nearly 5m long (4915mm, to be exact), its length is comparable to that of a limousine. And at just under 1.9m tall, this car even dwarfs the Rolls-Royce Phantom II by a whopping 257mm. Mind you, this new version’s height is actually 10mm lower than the old one’s, making it easier to fit inside multi-storey carparks.

Toyota’s designers were certainly intent on “going big”, because the latest Alphard is bigger than its predecessor. The wheelbase is now 50mm longer, while the front and rear tracks have been widened by 20mm and 35mm respectively.

Apart from enhancing cabin space, the longer wheelbase also allows the sliding doors to go back 70mm further than before, thus making entry and egress easier than ever.

The previous-generation vehicle is already known for its classy interior, but the latest model has raised standards up a notch. The overall build quality is higher, while the materials found inside feel softer than before. 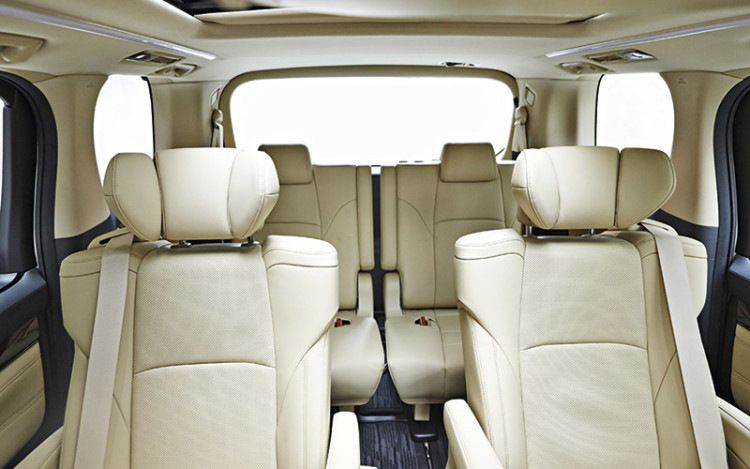 The driver’s seat is as cushy as I expect, while the front and lateral visibility remains excellent. Adding to the upmarket feel are the new instrument panel and InTouch Telematics infotainment system.

The former features the same nifty secondary display (from which drivers can adjust certain car settings), while the latter lets a user feel like a Jedi with the Air Gesture function, which allows radio station changes and volume adjustment using gestures. The infotainment unit also enables users to perform voice commands and access social media apps. 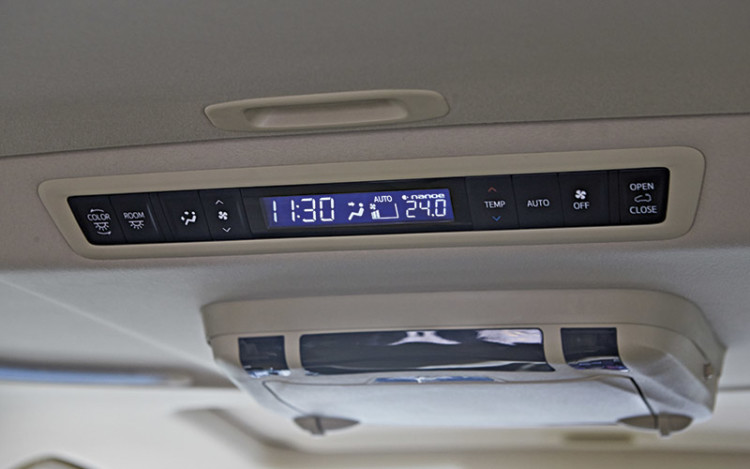 Big-business men, however, will probably be lounging in the rear cabin while discussing their next acquisition. The captain’s chairs in the second row are perfect for this. Equipped with ottoman footrests, these seats are the most comfortable ones in the entire cabin, allowing their occupants to literally kick their heels up following a successful business deal.

Now while the third-row seats in a “normal” MPV usually have enough space only for small children, the last row in the Alphard still qualifies as business-class accommodation. There’s plenty of legroom even for adults up to 1.8m tall, and thanks to the aisle space between the aforementioned captain’s chairs, access is easy, too.

Moving the two-tonne Alphard is a new 2.5-litre 4-cylinder that produces 179bhp and 235Nm. Compared to the 2.4-litre engine in the older model, this one is 9bhp and 11Nm more powerful. The latest model is quicker than the previous one as well, managing the century sprint in 11.3 seconds, or 0.7 of a second quicker than its predecessor. 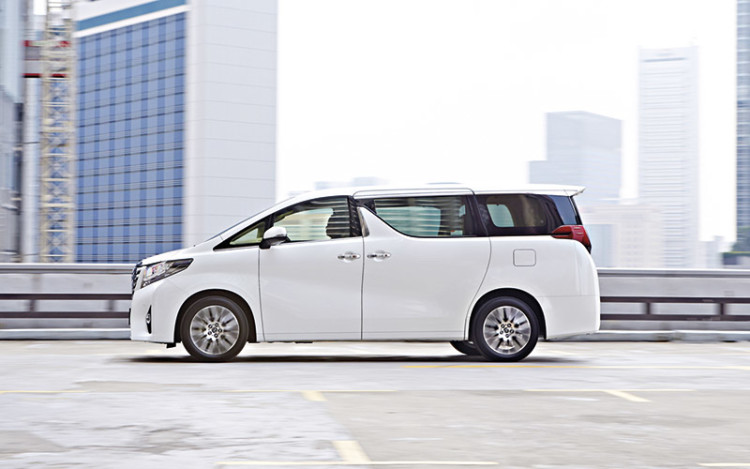 This Toyota delivers said performance in a refined manner, too. The engine, which drives the front wheels via a continuous variable transmission (CVT), does its duty quietly and smoothly. The CVT is also equally creamy – there’s no droning or “elastic” effect, even when I’m pressing on.

Businessmen hurrying from one conference to the next will also feel assured by the car’s ride/handling balance. Although comfort-biased, the suspension does a better job this time around when it comes to controlling body roll. The last version exhibits more body lean when cornering. This latest model feels more planted. The only downside is the slightly firmer ride. 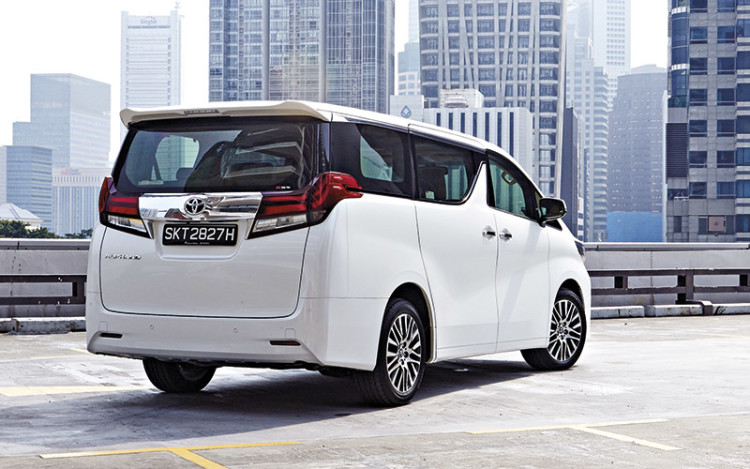 Given the Alphard’s size, it seems logical to assume that parking it is a nightmare. But since this MPV is boxy, it’s actually easy to line it up straight in a carpark lot. And with powered sliding doors, cramped spaces aren’t much of an issue either.

If you’re a big-business man who needs to have your key staff with you on the go, this is the “alpha van” to consider. As the saying goes, you either go big or go home.