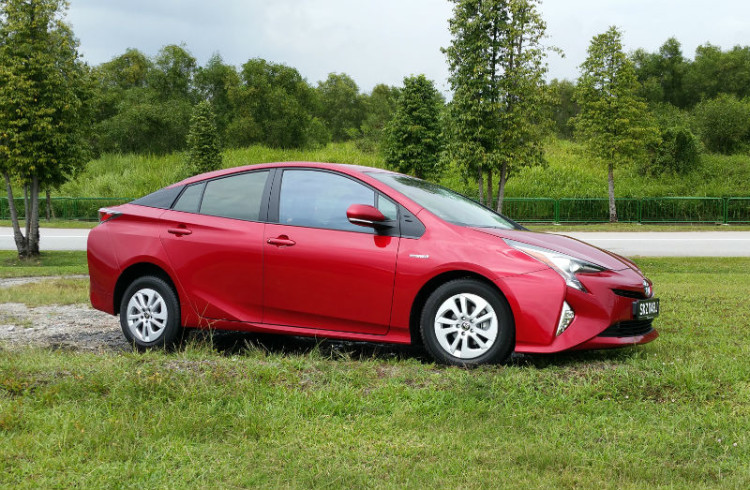 Toyota’s Prius is known for being fuel-efficient and carbon-lite. It is also known to be as entertaining as a piano with missing keys.

The latest version changes the second perception. Looking a little like the futuristic Mirai (Toyota’s fuel-cell model) and built on an all-new platform, the fourth- generation Prius is actually a pretty fun car to drive.

For one thing, there is no longer any hint of engine-motor interface. The two power sources work as if they were one. Toyota has been improving this seamlessness over the last two decades and it looks like the carmaker has perfected it. The result is a smoother drive and instantaneous response to throttle input.

Braking, which tends to be vague and stodgy at the pedal on most hybrids (because of power recuperation), feels natural and easily modulated in the latest Prius.

The Prius is supported by a comfort-biased suspension system, which is always a good thing on the increasingly lumpy tarmac here. Despite that, the car is supremely confident and sure-footed when going around corners.

You might not have had the inclination to drive a Japanese hybrid with fervour before, but this one is a delight whenever you are in a sporty frame of mind.

And even if its power output is modest in today’s context, the car never feels reluctant – whether you are leaving the junction or accelerating mid-stream to pass another vehicle.

Clearly, you can always carry enough speed for hot-hatch moments that would leave many other soft-sprung carriages reeling.

The new Prius’ chassis feels taut and well-sorted. Yet unlike the typical heavy-set Europeans, the car also feels light and breezy.

In short, the Prius upends the conventional recipe for sportiness. It is really a joy to experience at the wheel.

It comes with a selection of drive modes (including an all-electric mode), but the default normal mode is good enough for most occasions.

Without fuel economy in mind, I averaged 4.6 litres/100km during a weekend test-drive. That is close to 22km a litre – astounding for a lively 1.8-litre – and not too far off Toyota’s declared figure of 3.7 litres/100km.

The Prius’ onboard computer keeps track of your driving style and gives you an efficiency score at the end of each trip. For those who are bent on achieving that 3.7-litre figure, this electronic coach helps.

The other pleasures in the car pertain to its chic and ultra-modern design. Its use of an enamel-like material for its lower centre console and middle utility tray is refreshing.

Overall, the car is far less geeky- looking than its predecessors and it is fitted with lots of premium amenities. You will find a keyless system, cruise control, vehicle stability control, head-up display, anti-glare rear-view mirror and seven airbags.

It also has sufficient space for five adults and their carry-on luggage.

If saving the earth has been your only reason for considering a hybrid, the new Prius gives you a couple more.