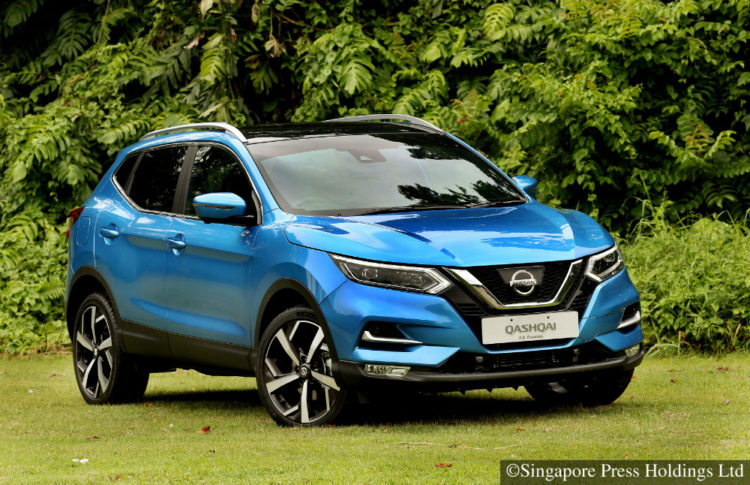 When SUVs were a novelty a quarter of a century ago, it was fairly easy to write about them because you simply focused on how different they were from sedans and hatches.

But now that they have multiplied like rabbits, it is harder. Because now, you have to actually compare them with one another. That gets trickier. Because like rabbits, they are a pretty homogeneous bunch.

The Nissan Qashqai blew in here back in 2008 like a breath of fresh air. It was a Japanese car with chic European styling (made in the United Kingdom), it was light and breezy (unlike the rather chunky genre back then), and it offered a high level of driveability, with a cabin full of ambience and nifty features.

In 2014, the second-generation car arrived and made an even bigger impact because of its edgier design and because it had the option of a new turbocharged 1.2-litre engine.

Now, we are faced with a facelift of the second-generation car.

Facelifts are even harder to write about because they tend to be – but not always – nothing more than a dash of nips and tucks.

In the case of the Qashqai, the changes are mostly cosmetic. Even so, you cannot shake off the impression of a well-sorted car that is as pleasant as its predecessors. It is lightfooted and as manoeuvrable as a compact hatchback.

Ride quality is surprisingly good, despite its 19-inch wheels. Its dampers, anti-roll bar and steering have been modified for better comfort, handling and insulation. Nissan says the Qashqai is now fitted with something called Intelligent Ride Control, but it is unclear how it works.

The car remains as refined and as agile as before. The 2-litre variant is non-turbo, but behaves almost like a light-pressure turbo under light-load conditions.

It is only when you are in urgent need of pace that you discover it runs out of puff after 5000rpm. But you rarely need to go there in daily commutes. 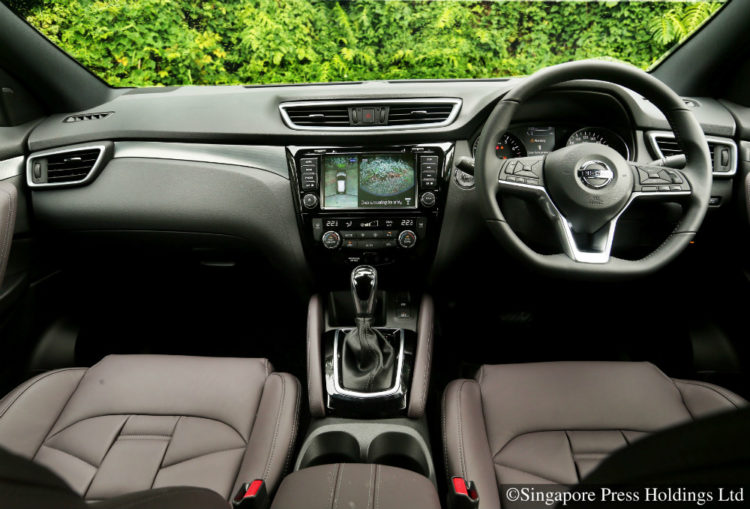 The turbocharged 1.2-litre is actually better suited for urban driving. It offers more low-end torque and the car is 100kg lighter. At the wheel, this is pleasantly obvious.

The facelift has made the Qashqai sharper looking, with a more prominent V-shaped grille, stretched boomerang daytime-running LEDs (which are mirrored in the rear light clusters), revised bumpers and fog lamp housings, a shark-fin antenna and new 19-inch alloys.

The car’s overall length has grown by 14mm to 4394mm because of the styling tweaks.

Inside, the only visual difference is the redesigned multi-function steering wheel.

But the 2-litre car comes with a slew of new features, including Nappa leather upholstery and powered front seats with lumbar support (with memory function for driver).

The 1.2-litre has far fewer items and smaller 17-inch wheels. But it is still relatively well-equipped with six airbags, Nissan’s version of torque vectoring and that mysterious ride control.

Of the two, the smaller-engined car offers better value and is more attractive overall.