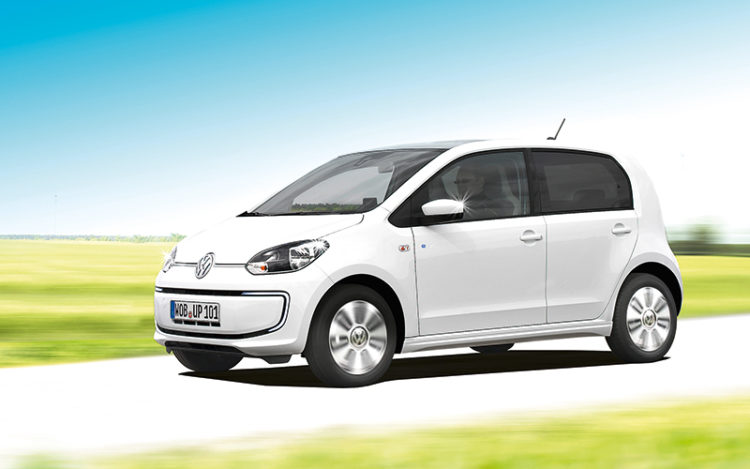 I have always maintained that electric vehicles (EVs) are perfect for Singapore. Our country is tiny, to say nothing of how traffic lights (and traffic) are everywhere, which makes great sense for zero-emissions motoring. If the EV in question is Volkswagen’s first electric car, based on the Up supermini, then I think that would be doubly perfect owing to its city-friendly compact dimensions.

As with its conventionally powered sibling, the E-Up is tiny – around 3.5m long and 1.6m wide. Thanks to its clever packaging, the battery pack (long the bane of EVs) is located between both axles underneath the passenger cell floor, so it doesn’t impinge on interior space.

The E-Up, like its petrol-propelled sibling, sees hard plastics everywhere inside, though the impression is cheap and cheerful (versus cheap and nasty), a notion further driven home by trim panels colour-coded to the exterior paint. A distinctive feature that’s found only in the E-Up is the seats’ blue stitching, which holds together the fabric and faux leather upholstery. 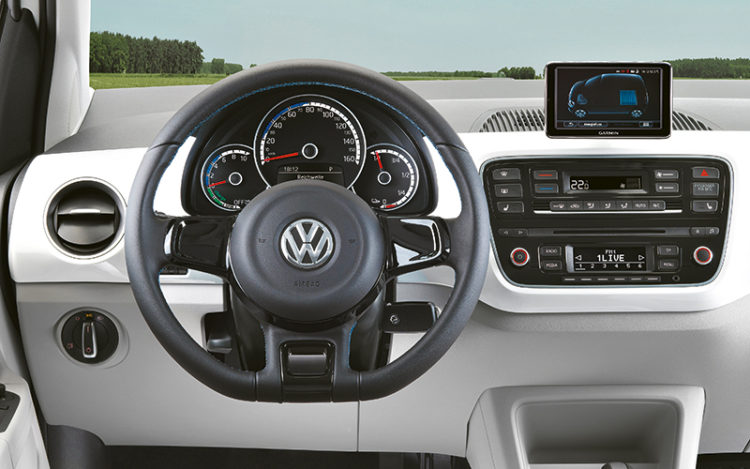 Fun can also be used to describe the exterior of the E-Up, with its short overhangs, rounded edges and a nose that looks very much like a grinning face. Don’t go thinking it’s a toy, however – the E-Up packs a boatload of clever features aimed at maximising efficiency.

Against its regular brethren, the E-Up gets a blanked-out grille, aerodynamically optimised side skirts, a flat underfloor and 15-inch wheels with bladed spokes, which are shod with low-rolling-resistance 165-section tyres.

Plus, the E-Up is pretty well-equipped, considering its “budget” supermini roots. LED daytime running lights are standard fare, and taking pride of place on the centre of the dashboard is an infotainment system with satellite navigation functionality, all displayed on a 5-inch screen. 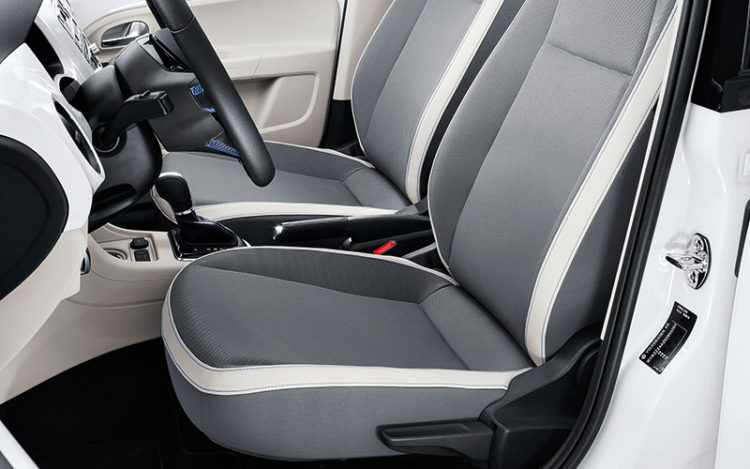 On the subject of its drivetrain, the E-Up is powered by an 82bhp/210Nm electric motor, which in turn gets power from a lithium-ion battery pack. Volkswagen claims that the E-Up’s maximum range is 160km, but an engineer I spoke to admitted “a more realistic figure is closer to 130km”.

To help you drive more economically and get you closer to that claimed 160km, the E-Up has a pair of fuel-saving driving modes that, as with most other cars, dampen throttle response and lower the air-conditioning.

However, the E-Up goes one step further. In its Eco mode, the electric motor’s power output also gets dialled down, to 68bhp/167Nm. Its Eco+ mode ups (or is it downs?) that further still, with power reined in to the tune of 54bhp/133Nm, while also turning off the air-conditioning.