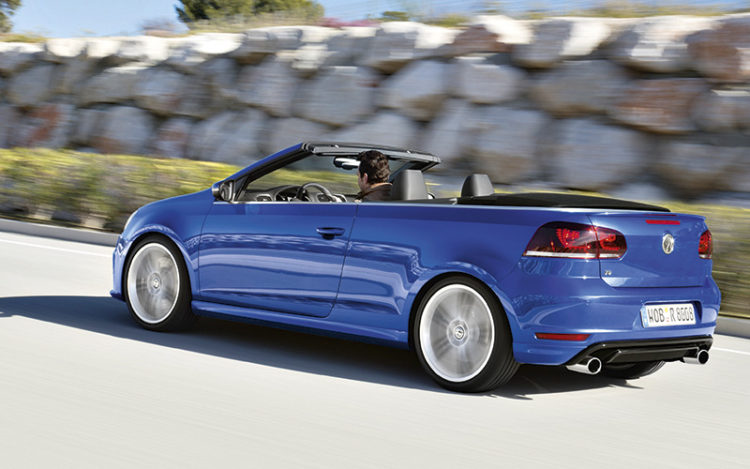 The Volkswagen Golf R Cabriolet sports 265bhp from a highly tuned turbo 2-litre 4-cylinder, but unlike its four-wheel-drive hatchback equivalent (which has gone out of production), the convertible delivers its power to the front wheels. It therefore suffers a bit of torque-steer, but this characteristic is amusing rather than alarming.

Further amusement is provided by the car’s acceleration – it’s not only vigorous, hitting 100km/h in 6.4 seconds and overtaking in no time, but it also sounds fabulous from the driver’s seat, especially with the soft-top down.

The engine sings as the 6-speed dual-clutch transmission executes crisp gearchanges and the blue tachometer needle swings towards the 6500rpm redline, while the twin-exhaust system produces a deliciously fruity note. It’s a “GTI” with a louder bark and a stronger bite. 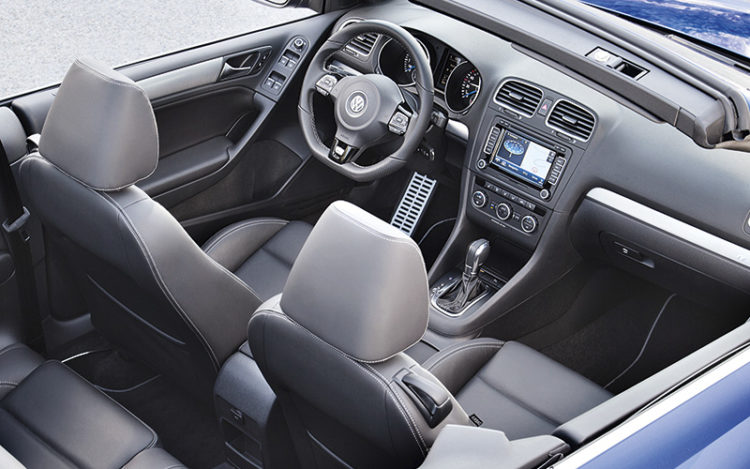 Without a metal roof and the rear pillars, the Golf R cabrio is structurally less rigid than the Golf R hatchback, so its handling is less incisive and its steering feels less “tight”. But the R-spec suspension has had its springs, dampers and stabilisers modified for better grip and greater control, both of which come in useful when charging down a switchback road.

Like the GTI, the chassis is also equipped with three-mode adaptive damping – Normal for no-rush everyday driving, Comfort for the rush-hour commute, and Sport for that adrenaline rush.

The Golf R Cabriolet sticks determinedly to the tarmac and resists body roll well, but there’s some scuttle shake, which becomes less noticeable with the cabrio canopy deployed. The ride is comfortable, even over rutted asphalt, especially with the dampers put into their easy-going Comfort mode. 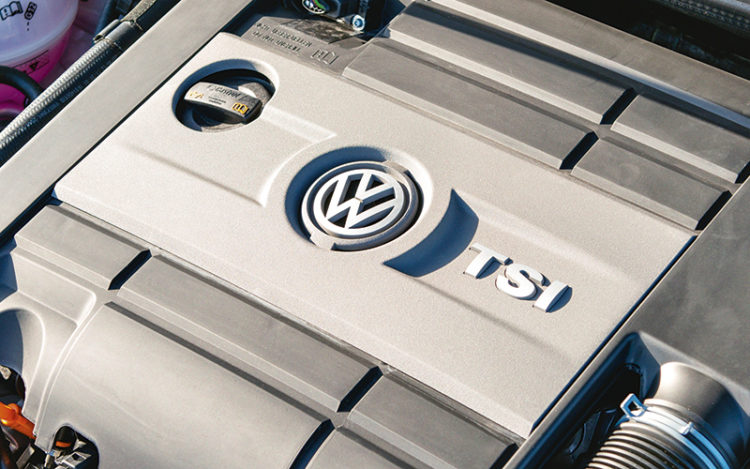 The Golf R’s Mk 6 interior is practical. Like the “chopped” GTI, this convertible is a genuine four-seater with decent boot space and a convenient electro-mechanical soft-top.

Giving the cockpit a racier character are the usual “R” accoutrements such as aluminium trim for the dashboard and doors, stainless steel pedals, various “R” logos, and supportive sport seats for the driver and co-driver. 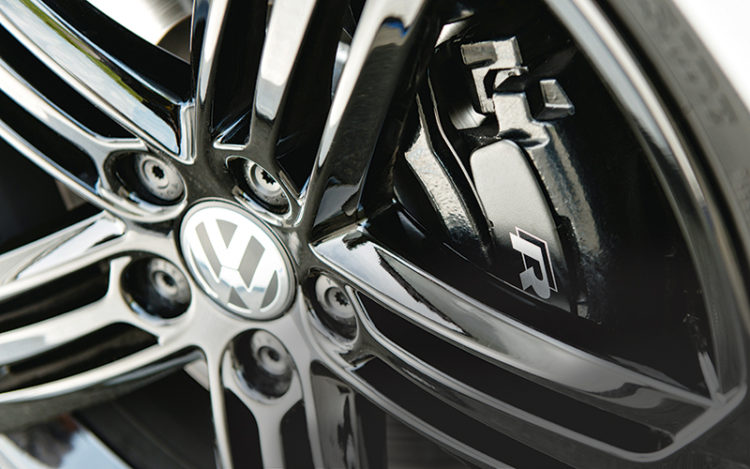 The exterior has just the right mix of elegance and aggression. It probably looks best in blue or white. Disappointingly, the Golf R hatchback’s dramatic double-barrel central tailpipes weren’t carried over to the convertible version, which has them on either side of the rear diffuser instead.

If you want a Golf GTI Cabriolet with an even more lethal injection of gale-force performance, the Golf R Cabriolet would be it, for a reasonable premium of six to seven per cent (based on the two cars’ current pricing in the UK). But the fastest-ever topless Golf hasn’t been confirmed for our sunny island.