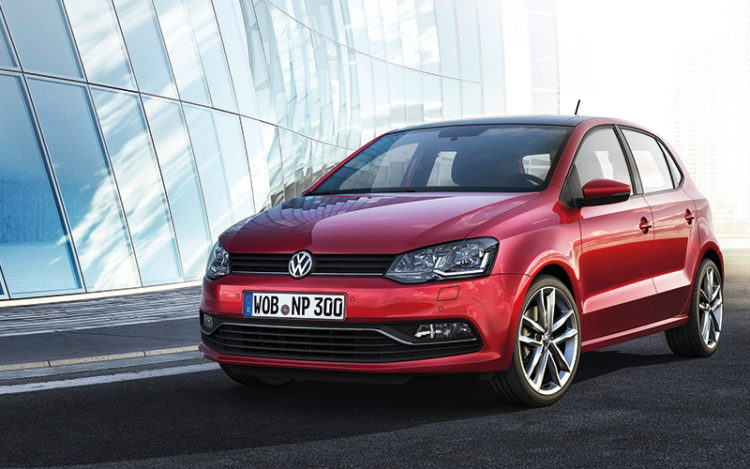 When the fifth-generation Polo arrived in Singapore in 2009, it raised the bar for compact hatchbacks with its compelling package – an efficient engine, a rapid-shifting dual-clutch gearbox and a smart, practical design.

The Polo’s only bugbears are its sombre interior and underpowered, naturally aspirated 1.4-litre 4-cylinder. Thankfully, in 2010, the local agent brought in the more powerful turbocharged 1.2-litre variant.

Volkswagen is hoping that the updated Polo will eliminate those gremlins for good. As a testament to the rightness of the car’s styling, very little has been done to the exterior – just new lamps for the front and rear ends, redesigned bumpers and six new wheel designs to choose from, along with eight new body-colour choices.

Inside, the cabin feels more upmarket than before, thanks to the addition of metallic trimmings on the door panels, air-con vents and gearshift lever. The Fresh special edition that I tested comes with a unique two-tone interior. For added classiness, the Polo now has the Golf’s steering wheel and a new infotainment system, too. 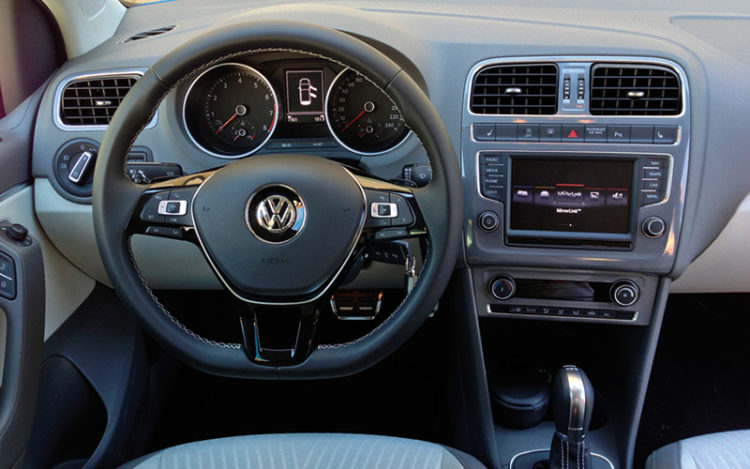 The basic system, called Composition Touch, offers a five-inch monochrome screen. Our test car, however, is equipped with the range-topping Discover Media system, which boasts a coloured 6.5-inch touchscreen and navigation as standard. And for the first time in the Polo’s market segment, Active Cruise Control (which can adjust the car’s speed to maintain a set distance from the vehicle in front of it) has been made available as an option.

Although the Polo powerplant’s displacement and output are unchanged, it now has four valves per cylinder, whereas the preceding engine has only two. As a result, this motor is not only cleaner (it meets the Euro 6 emission standard) but more economical as well. Volkswagen claims a combined consumption figure of 21.3km per litre, whereas the older engine could manage only 18.9km.

The century sprint timing is still a rather relaxed 10.8 seconds, but the car feels perkier and more willing than the pre-facelift model, especially with the gearbox in “S” (sport) mode. On the autobahn, the Polo is absolutely planted. Apart from increased wind noise, there’s no sensation of speed – not even at 150km/h. Only when approaching the car’s top speed does the wind resistance make its presence felt.

With its refreshed design and upgraded kit, the Polo has once again raised the bar in the supermini segment. If this hatchback was candy, it might cause cavities, because it is not only spicier but also sweeter this time around. 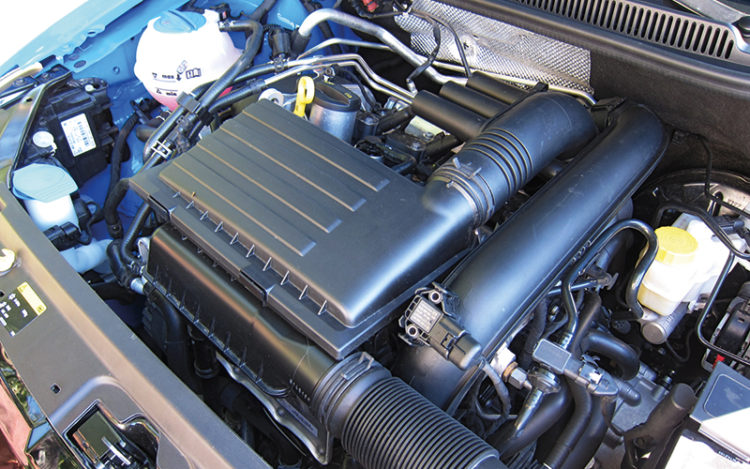 This turbocharged 1.2-litre engine feels stronger than the older motor, especially in the midrange.