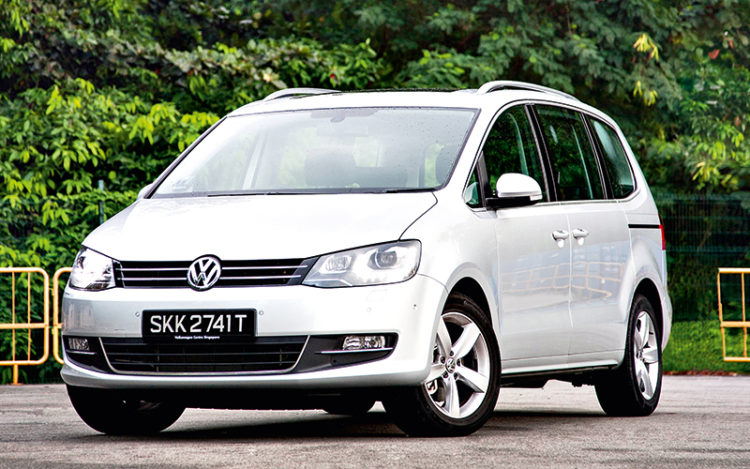 The petrol Volkswagen Sharan has an excellent 200bhp turbo 2-litre, making it one of the quickest big MPVs around. But as a beast of burden, the Sharan makes most sense as a turbo-diesel. It’s still brisk around town thanks to the low-end torque, and the diesel frugality makes a big difference if you clock up lots of kilometres (all those school-day, CCA and “enrichment class” runs do add up).

And the diesel Sharan’s even better now that it has a perkier 177bhp motor. The horsepower still isn’t a headline-grabbing output in a big MPV, but when coupled with an ample 380Nm of torque (a full 100Nm over the petrol model), the car is improbably lively, chirping its front tyres away from the lights if you’re a bit heavy-footed. The low-end urge is very impressive, and the car feels faster than its quoted 0-100km/h time of 9.6 seconds.

At higher speeds, strong pick-up is still on tap, the engine pulling keenly to its 5250rpm redline without feeling like it’s running out of puff. The diesel 4-cylinder is slightly louder at idle than its petrol equivalent, but there’s no obvious diesel clatter, and the engine note never gets intrusive on the move. 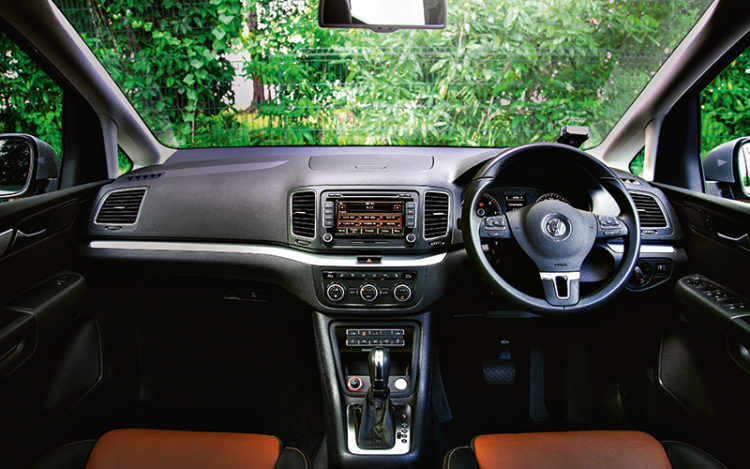 The 6-speed DSG dual-clutch gearbox remains the great ally it’s always been, slipping easily between ratios and responding instantly to tugs on the steering-mounted paddle-shifters.

In my four days of mixed driving, the VW returned about 12km per litre, probably about 30 percent better than its petrol sibling would have done.

Otherwise, the Sharan is the quintessential sensible-shoes MPV. It comes well-kitted with user-friendly features such as keyless entry and ignition, reverse camera, self-parking, and electrically operated sliding doors and tailgate. There’s a full-length glass sunroof, too. 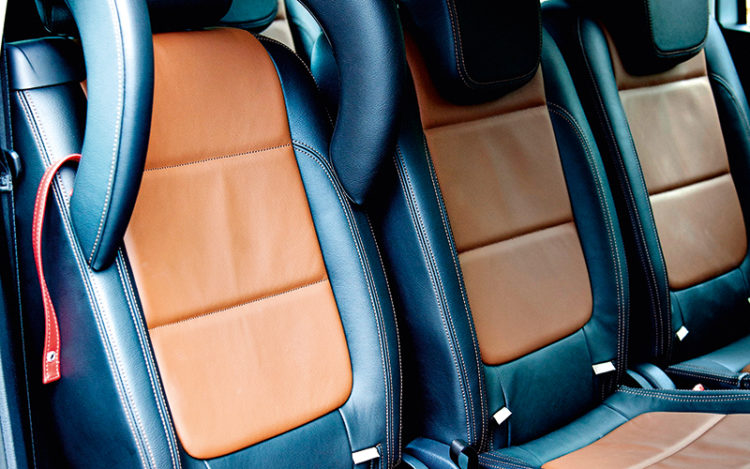 Our test car came with useful extras. Adaptive Chassis Control (a $4000 option) offers three levels of damping stiffness, though I tended to leave it in its default Normal mode, which delivers a wonderfully pliant ride around town while still retaining good body control.

And then there’s a pair of ingenious, integrated child booster seats in the middle row ($1000 each or $1900 for a pair). My kids were thrilled.

The Sharan has been my favourite people-mover for some time, and this reacquaintance just served to remind me of its many virtues.