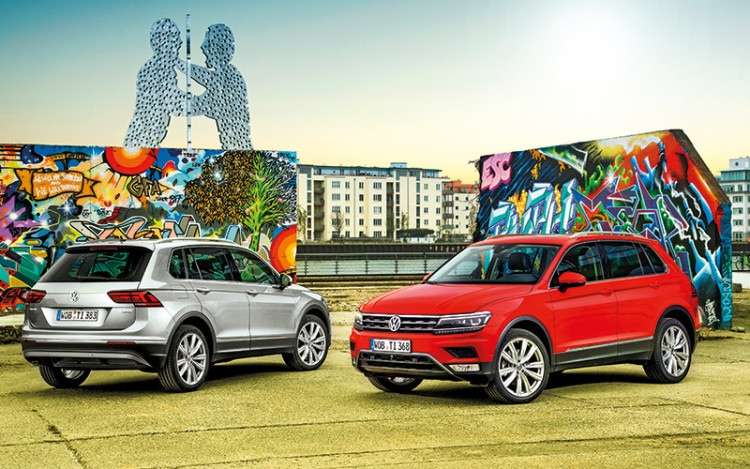 When Volkswagen launched the first-generation Tiguan in 2007, the model was marketed as a fun-to-drive compact SUV (sports utility vehicle) with an exotic name, which is a combination of “tiger” and “iguana”.

The first-gen Tiguan, however, is only exotic in name. It shares the same platform as the Golf hatchback, and its interior, while durable and functional, is unexciting.

Buyers looking for a compact SUV, however, will find plenty to be excited about in the second-generation Tiguan, which arrives nine years after the debut of its popular predecessor.

Like the first Tiguan, the second-gen model also utilises the Golf’s platform. But the new one has clearly moved upmarket. It is not only well-equipped, but also boasts refinement levels that might even worry Audi, one of Volkswagen’s premium brands.

The latest Tiguan looks sharper and more dynamic than before. Gone is the rounder and taller shape of the previous model – the newcomer is lower (by 33mm) and wider (by 30mm), giving it a more athletic stance. 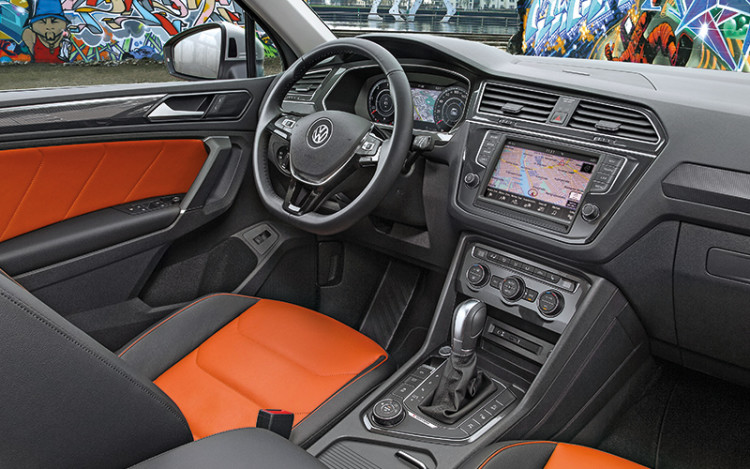 Tiguan’s amenities, visibility and off-road ability have been improved, while dashboard’s air vents have been rationalised.

Like many other Volkswagen models today, the Tiguan is handsome but understated.

The only exterior design elements I don’t like are its tail-lights, which look disproportionately small given the vehicle’s size.

Standing next to the SUV, I’m surprised at how much larger it seems to have grown, and impressed that it’s 82kg lighter than before.

Adding to the Tiguan’s road presence is its overall length (plus 60mm). More importantly, the interior has been made more spacious, thanks to the 77mm longer wheelbase.

The new Tiguan accommodates three adults in the rear more easily than the old one. There’s more headroom and legroom, and the backrests can be reclined further, too. 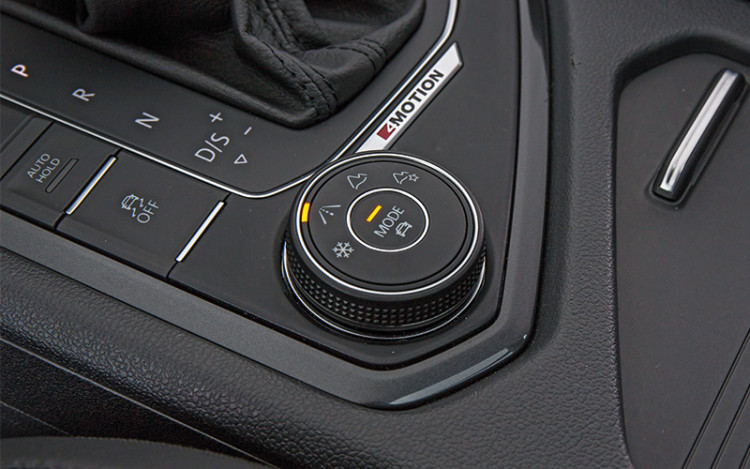 For additional comfort, backseat occupants can also set their own desired air temperature, thanks to the cabin’s three-zone climate control system.

Had VW added another zone, the air-conditioning would have been on a par with those found in more expensive luxury SUVs.

Also roomier this time around is the car’s boot. Thanks to clever packaging, the cargo capacity has increased by 145 litres to 615 litres. With the backseats folded, there’s a useful 1655 litres.

Even more impressive is the new dashboard, which can be specified with Active Info Display, an all-digital instrument cluster identical to Audi’s so-called virtual cockpit.

Complementing this digital cluster is the optional head-up display. It makes using the sat-nav system easier, since you don’t really have to take your eyes off the road to see directional prompts. 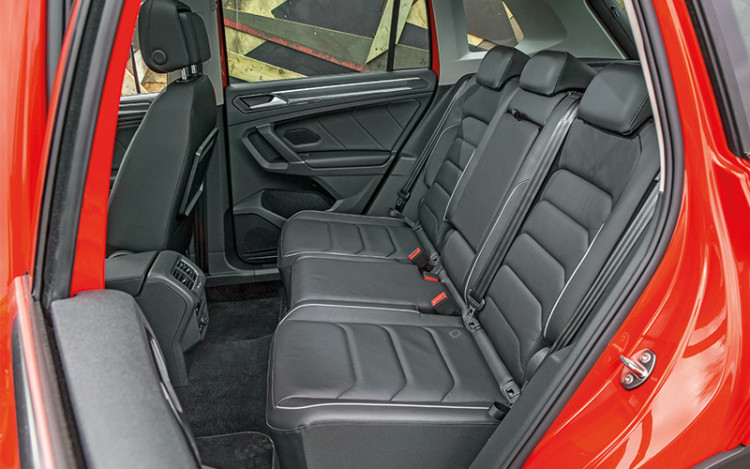 Rear seats can be slid backwards by 180mm to stretch the legroom.

I’m glad to see that VW designers ditched the multiple round air-con vents of the old model that made directing airflow downright irksome. The square vents in the new Tiguan work a lot better, although they look less interesting.

Another key improvement is all-round visibility, which is helped by the lower dashboard and higher sitting position.

Despite this, I actually feel more ensconced behind the wheel. In the previous Tiguans I drove, I always felt as if I was perched on top of my seat.

To really boost occupant comfort, VW redesigned the new Tiguan’s seats. They’re 20 percent lighter and offer a cushier springing action than those in the previous model. They’re most beneficial when you’re driving off-road.

Most Tiguans, however, will only be driven on tarmac, and the automaker made sure it got this SUV’s on-road manners right. 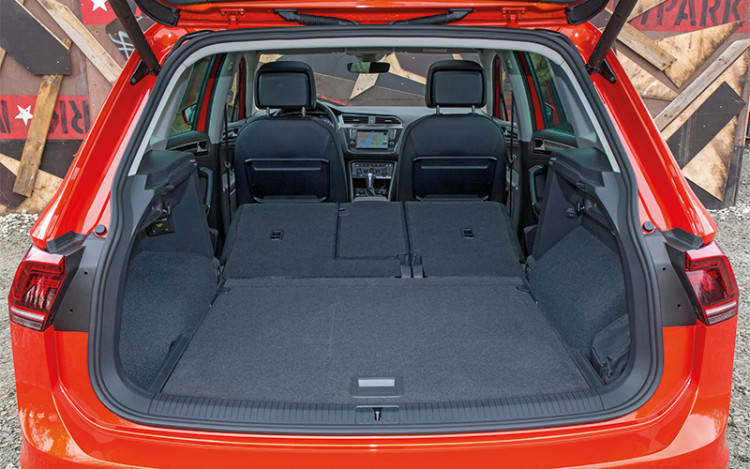 My test unit is the turbocharged 2-litre petrol variant, with 180bhp and 320Nm. It has 30 fewer ponies than the outgoing Tiguan R-Line 2.0 currently sold in Singapore, but delivers 40Nm more torque.

More significantly, the new powertrain’s delivery is smoother and more linear than the old one, which feels slightly jerky when moving off from a standstill.

The benchmark century dash takes 7.7 seconds (0.4 of a second behind the Tiguan R-Line), but the greater refinement makes the car seem slower than that. However, this also means the Tiguan feels composed even when you’re cruising at 180km/h.

Most of my drive, however, took place around Berlin’s city centre on a rainy Friday afternoon, which resulted in heavy traffic conditions.

Thankfully, the Tiguan’s ride quality is a lot more pliant than before. The torsionally stiffer chassis also helps in this regard. Indeed, driving over Berlin’s cobblestone streets with the driving mode set to “Sport” wasn’t uncomfortable at all. 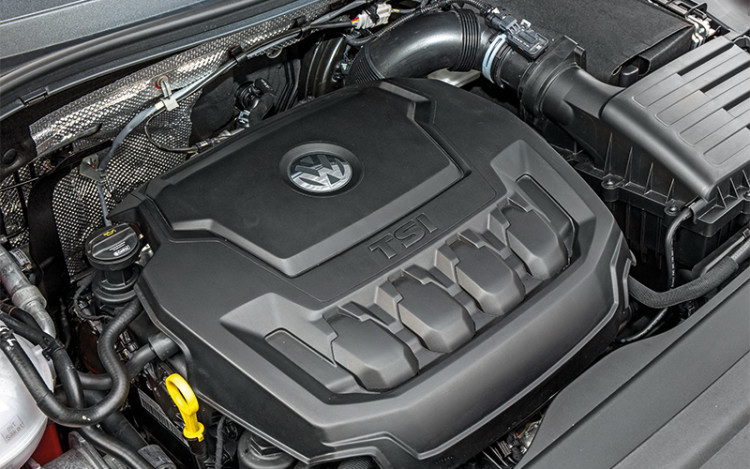 What can make driving around town more comfortable are the car’s adaptive cruise control (which works at speeds up to 160km/h) and Lane Assist systems.

Once your desired speed and distance to the vehicle in front is set, all you have to do is keep your hands on the steering wheel. The system does the rest – it’ll bring the Tiguan to a complete stop and start accelerating it when traffic begins to move.

If equipped with Lane Assist, the Tiguan will even keep itself within your chosen lane by making little steering adjustments.

These autonomous technologies are fascinating, but I couldn’t bring myself to fully trust them, preferring to retain control even if that meant I’d be more tired after the drive. 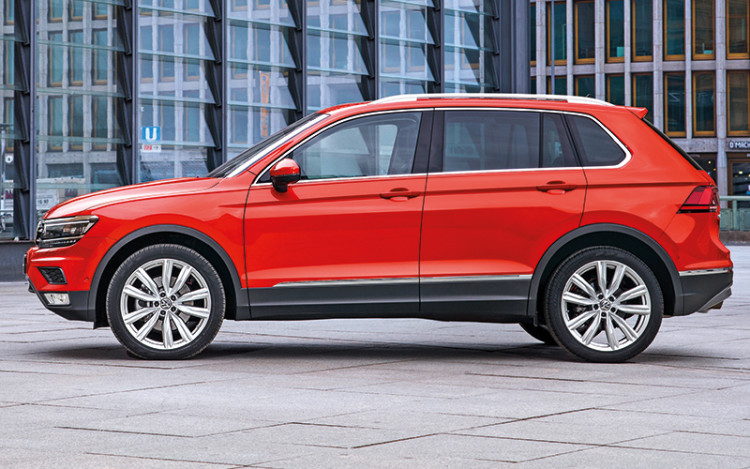 When triggered by an impact to the front bumper, the latter function lifts the bonnet 50mm in order to increase the distance between it and the engine block.

Feeling secure, I had more fun around Berlin’s suburban areas, which have lighter traffic and winding roads. Here, the Tiguan is able to showcase its poise and grip around the corners.

With its stiffer chassis and well-sorted suspension, it’s easy to get the Tiguan to tackle bends. But if you’re a keen driver, you should know that this SUV always feels more cosseting than sporting.

The car’s ride/handling balance is good, but the electric power steering leaves me wanting. Although light and very responsive, the helm could still use more feel and feedback.

Helping to improve driving confidence is the Tiguan’s 4Motion all-wheel-drive system. For the first time, drivers can select one of four settings (Snow, On-Road, Off-Road and Off-Road with customisable options), using the 4Motion Active Control dial. 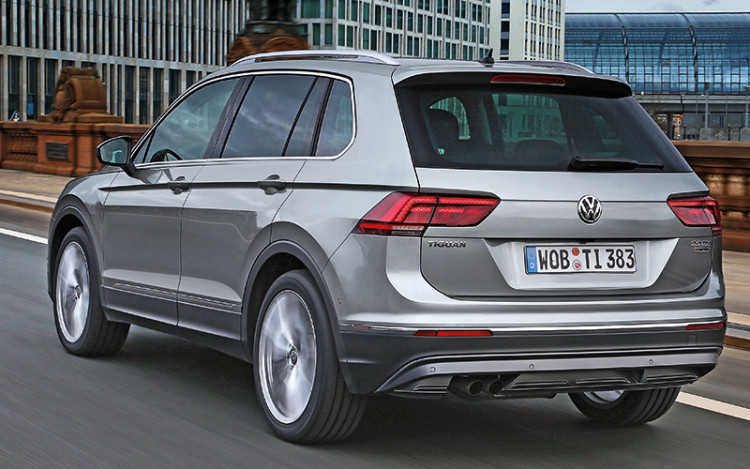 I took the SUV on an off-road course in Berlin’s Mellowpark, where it made short work of the muddy terrain, despite not being shod with chunkier tyres.

The Tiguan had no trouble with angled banks and undulating paths. The car felt solid, even when subjected to simultaneous lateral and vertical movements.

In fact, the Tiguan was so surefooted that it climbed a steep and slippery incline, even when I drove it up slower than I should have. There was no need to slowly back down and make a second attempt.

Having driven the car in those conditions, I’m pretty sure that the grassy knolls and unpaved carparks it’ll encounter in Singapore will be a cinch.

And given everything it has to offer, this “loveable animal” will also have an easy time wooing SUV buyers when it reaches our shores later this year.