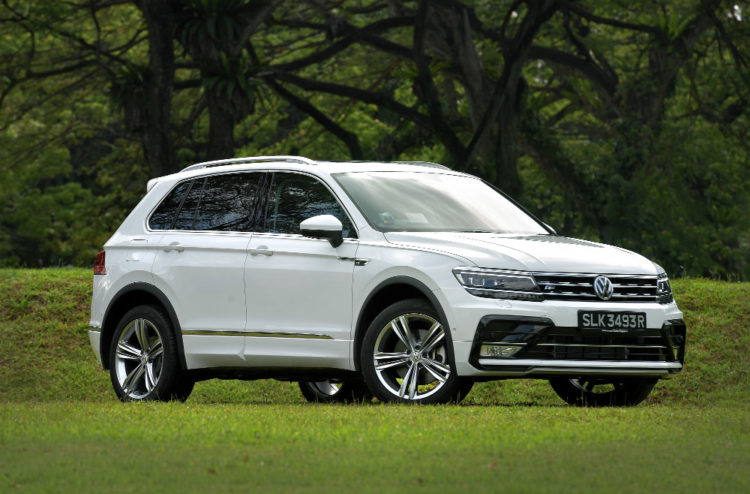 There are two things about the new Volkswagen Tiguan that jump out at you – the size of the vehicle and the size of its price tag. Both have grown considerably.

But before you look elsewhere for a smaller car with a smaller price tag, consider the changes made to the VW to see if the Tiguan is worth the extra money.

The latest Tiguan is the first VW sport utility vehicle to be based on a new modular platform.

Its broader and more planted stance, together with its bigger footprint, make it as imposing and as aggressive-looking as its bigger sibling, the Touareg.

Yet, the car is approximately 50kg lighter than its predecessor, thanks to lighter structural materials. This makes the car sportier and more efficient than before.

The 2-litre version has 220bhp and 350Nm of torque on hand, endowing it with GTI-rivalling performance.

The Tiguan’s enhanced verve is obvious not only in a straight line. With its wider tracks and lower centre of gravity, the new car feels surefooted at higher speeds even while tracing a tight arc.

Body movements are well-controlled at all times, whether the car is resisting cornering forces or dulling rebounds over uneven surfaces.

At the helm, the spaciousness of an expanded body is obvious.

Yet, its taut steering, excellent visibility and well-mannered chassis make the Tiguan as driveable and as manoeuvrable as a car half a size smaller.

The car also feels more luxurious, with a higher level of refinement in terms of noise, vibration and harshness than its predecessor. The fit and finish of its cabin have also improved.

The 2-litre R-Line variant is stacked with gadgets, including adaptive cruise control, semi-autonomous parking (with head-in perpendicular parking as a new addition), the largest panoramic glass roof in its segment, a 360-degree camera, a head-up display and an infotainment system with navigation and a mirroring connectivity to Apple and Android phones.

In short, the new Tiguan is a lot more car than before. And if it is among the priciest SUVs around, it is probably because it is the most well finished and furnished SUV in town.

But for all its accomplishments, it is not exactly fun to drive. It is clinically efficient, but you do get bored with that after a day or two.

A recent example of a lesser car with a more entertaining drive would be the Kia Niro.