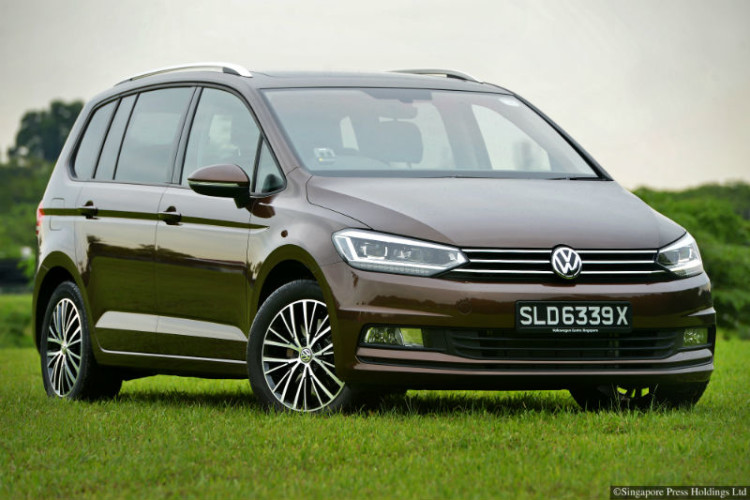 Volkswagen’s previous compact MPV, the Touran, was a tad compact. You could fit seven people onboard, but just about.

That was probably a necessary compromise for a car that was zippy, fuel-efficient and family-friendly all at once. Or so we thought.

The new Touran turns that hypothesis on its head. It is noticeably bigger, offering significantly more room and practicality. But it is also miraculously lighter and its 1.4-litre turbo engine has been tuned up slightly.

So it still delivers the frugality and performance of its predecessor.

On paper, the new seven-seater has 150bhp and 250Nm on tap, up from 140bhp and 220Nm (although its predecessor’s peak torque arrived at lower revs).

At the wheel, the car certainly feels quite capable of hitting the century mark in under nine seconds. Acceleration is, at the same time, noticeably smoother than in the previous car. It also comes with three driving modes.

Inside, the new Touran’s improved roominess is obvious. There is now some semblance of a boot and access to the third row is no longer restricted to little people.

So, in terms of pace and space, the new Touran has risen by a notch. But that is not all. The car boasts a ride that is a tinge more comfortable. 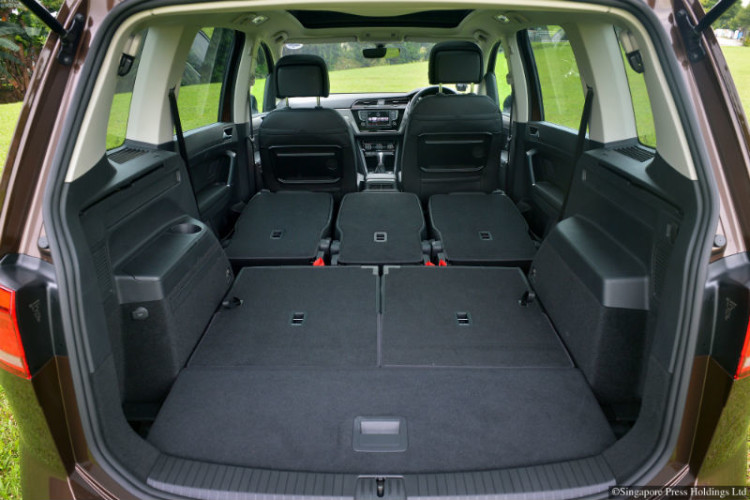 It also packs more versatility and amenities. Its fold-flat seats now extend to the second row, freeing up a huge stowage area which you would find in a car such as the Toyota Wish.

What the Touran has and the Wish does not is a three-zone filtered air-conditioning system. So clean, cool air is channelled more effectively to all occupants. In an MPV, this is a boon.

The Comfortline version tested has LED headlights, LED reading lights, armrests in the second row, 12-volt outlets, a keyless system and folding tables affixed to the back of the front seats (these come with variable angles to optimise tablet placement).

The car’s infotainment system has been upgraded to a more logical format. But navigation is not part of the package.

As before, cruise control with game controller-style switches on the steering boss is available. The test car also came with a panoramic glass roof which makes the interior brighter and airier.

Shortcomings include intermittent cabin rattle and a higher level of external noise intrusion.

Last but not least, those who felt the previous Touran’s design was a bit stiff and stodgy will be pleased to know the new one is a lot more stylish.

In essence, what you have now is a seven-seater that is more functional, more driveable and better looking. It is a worthy successor to the first-generation model, which lasted almost 14 years.