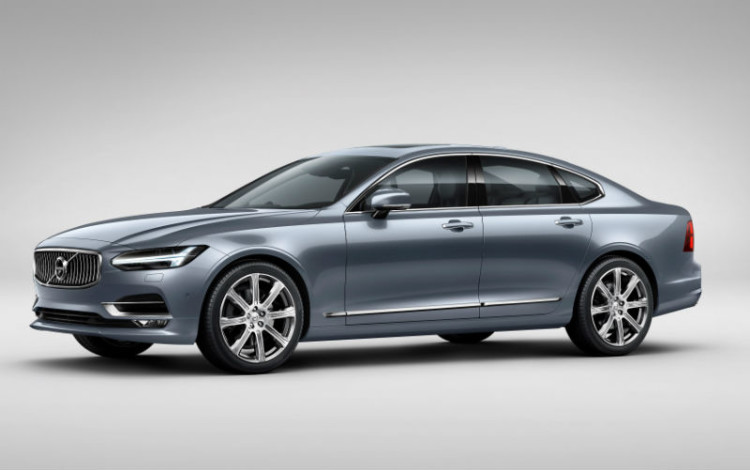 When it comes to mid-sized luxury sedans, the Mercedes-Benz E-Class is the benchmark by which others are compared. The BMW 5 Series and Audi A6 are also considered.

The Volvo S80, however, is seldom mentioned in the same breath. But Volvo hopes that will change with its new S90.

Like the XC90 sports utility vehicle, the S90 is built on Volvo’s modular Scalable Product Architecture platform for medium to large cars.

At first glance, the S90 cuts an imposing presence. It is noticeably larger than the S80 which it replaces. Even against the new E-Class, it is longer by 40mm at 4963mm and wider by 38mm at 1890mm.

A restyled radiator grille is flanked by Thor hammer-shaped LED headlamps, first seen on the XC90. Its low (1443mm height) swooshy profile extends into a rather broad and chunky notchback rear, framed by C-shaped taillights.

Despite its size, the S90 has a 500-litre boot – smaller than most of its rivals.

Where the S90 really shines is in the cabin. It shares the styling DNA of the XC90. The layout is functional yet uncluttered. All materials are top-grade and aesthetics are pure Scandinavian minimalism.

In Inscription trim, generous application of chrome-rimmed matte walnut wood inlays and soft- touch Nappa leather can be specified for a class-act ambience.

Top that with the best seats in the business and a 19-speaker Bowers & Wilkins (B&W) sound system, and you might be tempted to spend more time lounging in this plush sedan.

At 2941mm, its wheelbase is 106mm longer than the S80’s. This translates to legroom aplenty for back-seat passengers. 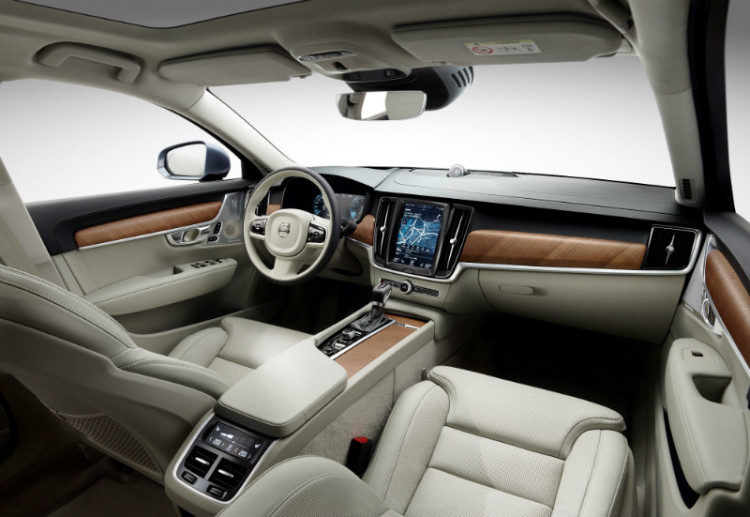 Any doubts I had about the car’s coupe-like roofline were laid to rest. The rear accommodated a 1.9m-tall Volvo spokesman, with room to spare.

As in the XC90, a 9-inch tablet- like touchscreen infotainment system takes centre stage on the clean-slate dash. Access to entertainment, connectivity navigation, services and other controls are all just a press or swipe away.

The Volvo S90 T6 Inscription I test-drove may have been big and heavy – almost 1.9 tonnes – but it was no laggard.

On the Costa del Sol coastal stretches, it accelerated briskly up rampways to merge with faster highway traffic. It even pulled ahead on uphill mountainous straights without hesitation.

All this whilst providing a quiet and comfortable ride that felt reassuringly planted at all speeds – to the extent that 160km/h felt like 120km/h.

The ride remained cushioned over speed bumps, humps, ruts and even unpaved estate roads. Being shod with ultra-low profile tyres (255/35 R20) made this all the more amazing. The rear-axle air suspension (an option) contributed to its excellent ride. 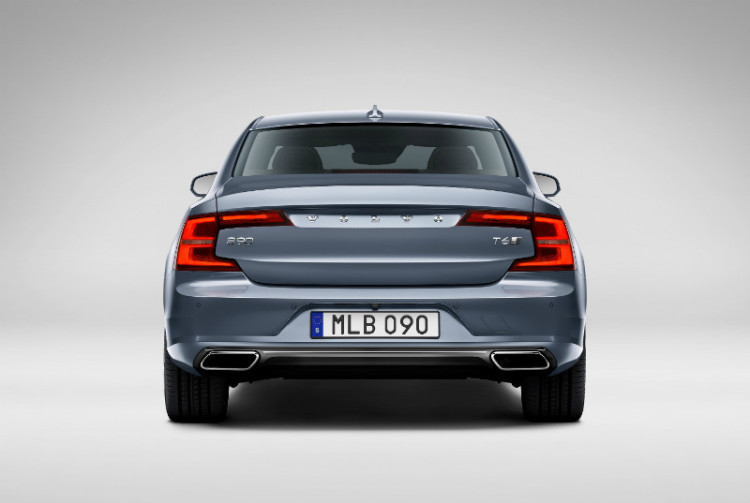 But the S90 is not the last word on agility. There is mild understeer on winding mountain stretches. It even skitters a mite over mid-corner bumps at speed. Thank goodness the car has all-wheel-drive and wide tyres.

The S90’s heft and my lead right foot conspired to take a toll on economy. I managed 8.3km per litre – far from Volvo’s published 13.9km per litre figure.

The S90 is packed with safety features, but two are noteworthy. Its semi-autonomous Pilot Assist keeps the car in lane at speeds of up to 130km/h (previously 50km/h in the XC90), guided by visible road markings. And it no longer requires a lead car in front. You just need to keep a hand on the steering.

Then there is Run-off Road Mitigation. Between 65km/h and 140km/h, the system will intervene to steer and brake when it detects a potential run-off, such as when the driver dozes off at the wheel.

Will the S90 be able to take on Germany’s premier league sedans? Definitely.

But is it better? That is the tougher question. It will be like choosing between German pork knuckle and Swedish meatballs – both are equally delectable.

You can decide when the car arrives in the third quarter.

Singapore will get the twincharged T6 first and the turbo T5 in due course. Both are mated to an eight-speed automatic transmission.