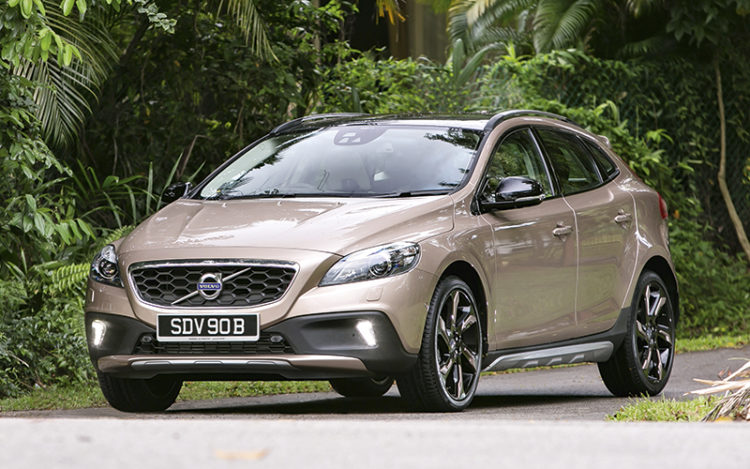 It’s hard not to sound a little shallow when going on about how good the V40 Cross Country looks, given its lack of serious off-roading chops. The more cynical will dismiss the Cross Country as a mere styling pack for the V40 – and this wouldn’t be entirely off the mark. Despite some faux aluminium bash plates, butch matte-black accents and a 40mm bump in ride height over the regular V40 (which won’t be arriving here – see sidebar opposite), it has as much in common with Bear Grylls as I do.

Which is to say, not much. Front-wheel drive and 19-inch wheels shod with sport-biased Continental rubber do not an off-roader make. Still, as pure sculpture, this Volvo really is a difficult car to fault. It’s easily the least derivative, freshest-looking hatchback on sale today, although whether the bang-up-to-the-second design still looks as good five years from now is up for debate. 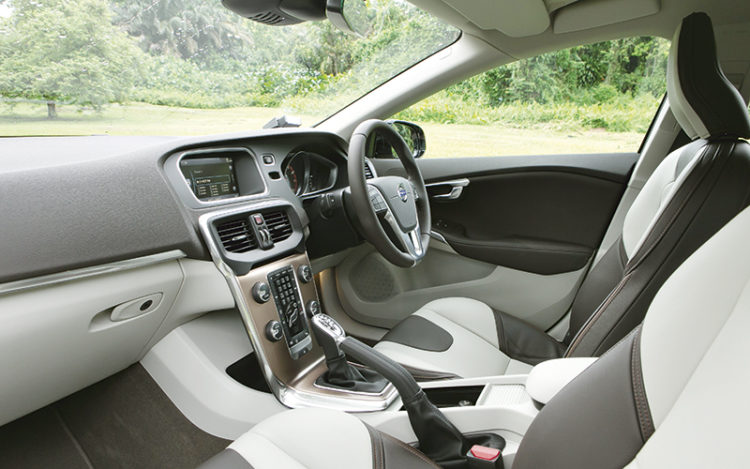 Particularly handsome in our demonstrator’s Raw Copper hue, looking like it’s hewn from a solid block of the metal, it’s almost hard to believe there was a time when “Volvo” was a word used interchangeably with “square”.

It’s also significant because this is the first Volvo under new Chinese masters, Geely. When erstwhile parents Ford sold the brand to Geely in 2010, there were fears that quality and safety, the latter being Volvo’s calling card, would go the way of the dodo. 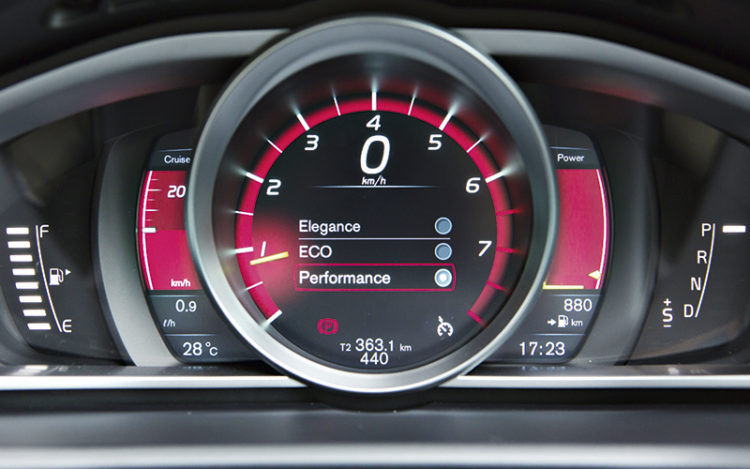 We can safely report that those fears are unfounded on both fronts. The marque recently achieved an all-time-high score of 98 per cent for adult occupant protection in the Euro NCAP crash test. A new, world-first pedestrian airbag also means that if a car should – knock on wood – hit you, you’d best hope it’s a V40.

The quality, too, is better than we remember it. The buttons now have a pleasingly damped feel to them, dashboard plastics feel softer, and doors close with a reassuringly solid thunk. The cabin presents visual drama, from the all-digital instrument cluster and swooping brushed aluminium trim on the door panels to the frameless rear view mirror. 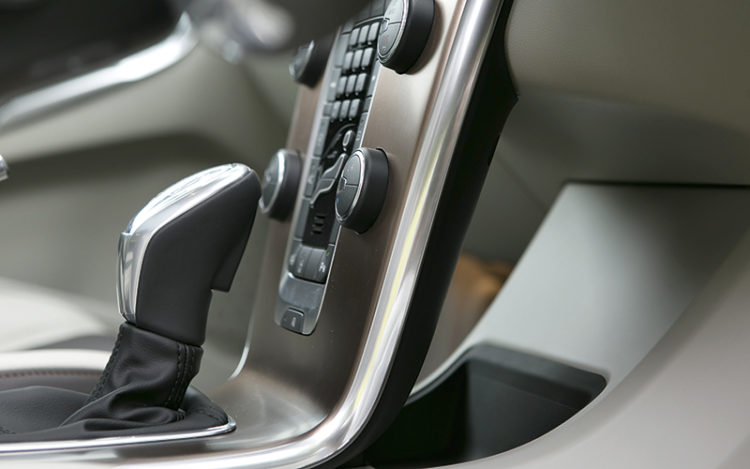 But the V40 isn’t without warts. The sole engine on offer, a turbocharged 180bhp 1.6-litre, is peppy but let down by a slushy 6-speed dual-clutch gearbox, whose languid nature is at odds with being grabbed roughly by the scruff of the neck.

Just as well, then, because contrary to Volvo’s claims of torque vectoring and those sticky tyres, there’s a fair bit of pitch on turn-in and its steering is too highly geared to be incisive. 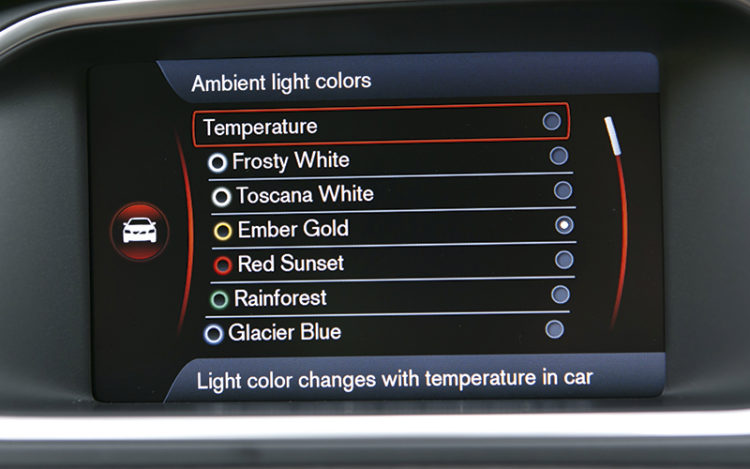 That said, if you were looking to a crossover for outright corner-carving ability, you might be barking up the wrong tree. The tree you should be barking up would be the one marked “practicality”, but unfortunately, the V40 doesn’t quite score there, either.

The 335-litre boot falls short of even something like the Volkswagen Golf’s (a car that’s marginally smaller overall), though it’s the high sill that could cause problems for loading larger items. And while rear legroom is generous enough, taller passengers will have to look out for the tiny door apertures so they don’t knock their heads upon entry. 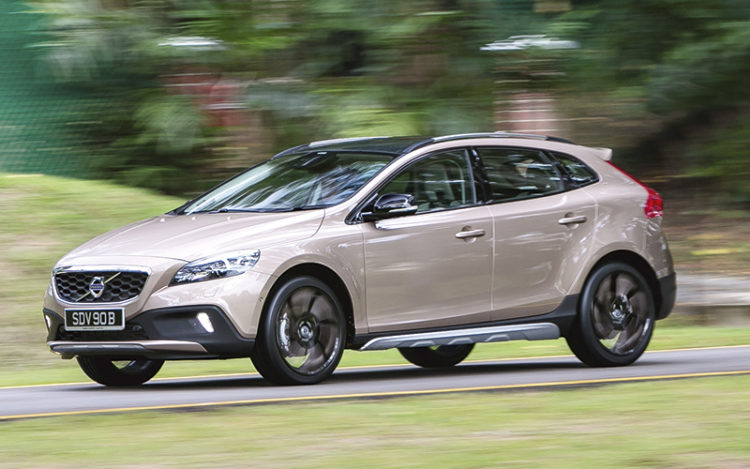 Most conspicuous of all, however, is the lack of selectable drive modes. True, the display has Eco and Performance themes, but these just change the look, not the throttle or steering response. This is a glaring omission considering how selectable drive modes are now standard even on some mass-market cars.

Ultimately, it’s hard for the V40 Cross Country to convince one it isn’t all style over substance. It follows the modern Volvo formula and is extremely easy on the eye, but suffers from some niggling flaws (the flimsy signal stalks come to mind). 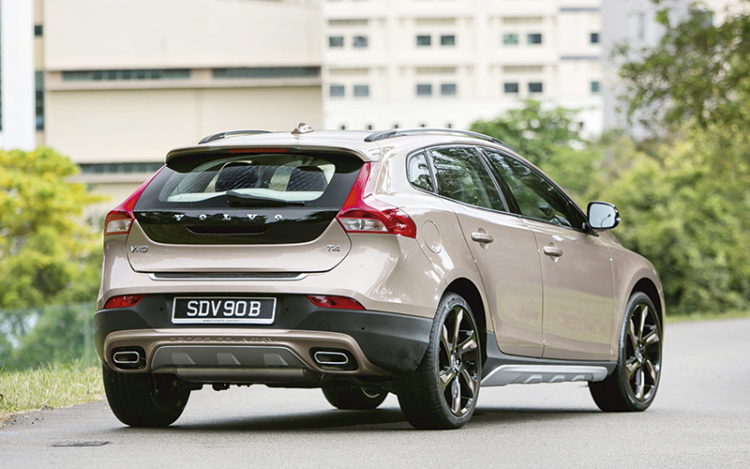 Thankfully, though, those flaws aren’t fatal. Given how special the car looks, and how striking it is, particularly on the move, being called shallow in this case is something we’d gladly suffer.