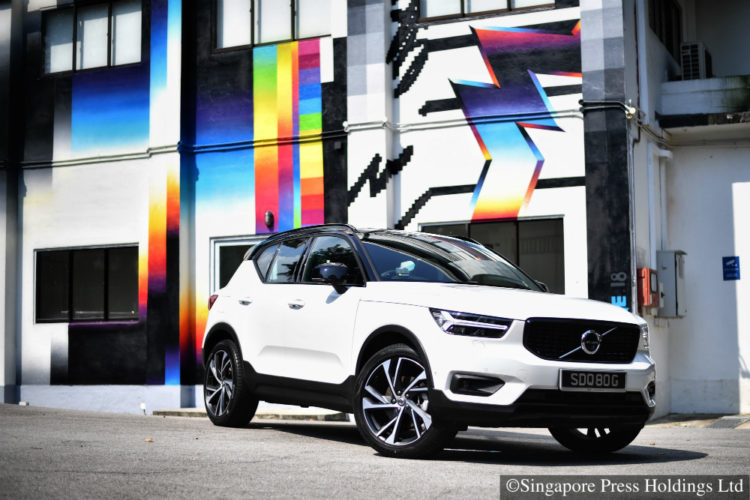 What will the new Volvo XC40 be noted for?

After all, its biggest sibling, the XC90, is a technological powerhouse, while the XC60 was a designer car with beauty and brawn.

Well, for starters, how about it being the first Volvo to share its platform with a Chinese car?

The XC40 is built on the so-called Compact Modular Architecture platform, which is also used for the 01 – a premium compact crossover made by Lynk & Co, a company co-owned by Volvo Cars and Volvo’s Chinese parent group Geely.

In China, both cars share the same production line in a factory in Luqiao, 350km south of Shanghai. But the Singapore XC40, like the XC60, is sourced from a plant in Ghent, Belgium.

Like the XC60, the XC40 is thoroughly impressive, standing tall among premium compact crossovers such as the BMW X1, Mercedes-Benz GLA and Audi Q3.

It is the sleekest car in the segment, with a low-profile glass area, two-tone paintwork and rear window sills rising up to meet the rear spoiler giving it an extra edgy, wind-swept silhouette.

Despite its urbane outlook, the car has rugged credentials, with all-wheel-drive, an off-road drive mode and a wading depth of 450mm (which is just 50mm less than the Range Rover Evoque’s). 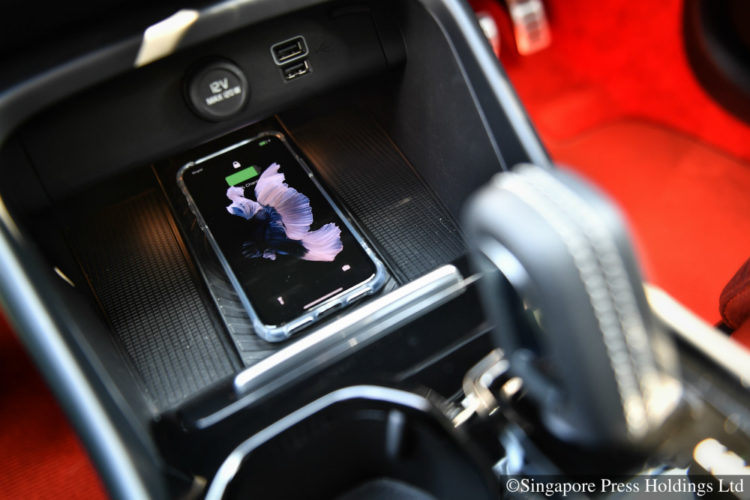 The interior of the Volvo XC40 includes pockets which run the entire length of the door panels and a sizeable niche where the wireless phone-charging pad is.

Build quality is as high as the exemplary XC60’s, but you will find a less extensive application of premium finishes. The XC40’s cabin for instance, has more unvarnished plastic panels.

It is, however, an interior with superior utility. The door pockets run the entire length of the door panels. And there is a deep storage under the centre armrest, which incorporates a removeable trash bin. You will also find a sizeable niche where the wireless phone-charging pad is, though it would have been better if there was a light to indicate the phone is charging.

The cabin is spacious and youthful, with funky orange fabric trim juxtaposed with leather upholstery and aluminium trim. A tablet infotainment screen takes centre stage, with Internet connectivity and a crisp Navi system.

Other cool features include a frameless rear-view mirror and a foldable boot floor (to compartmentalise the biggish boot).

At the wheel, the XC40 is as peachy as they come. It is immensely driveable, with superb steering, throttle and braking responses. Its 8-speed autobox is smooth and reasonably quick. Power delivery is linear and seemingly endless, right from 1000rpm. And the car is as breezy and easy as they come.

It also handles exceedingly well for a crossover and its ride is above average. But like most Volvos, there is hardly any engine sound – perhaps a trait of the Swedes, who are usually mindful of imposing on others. For those who prefer something more outwardly sporty, the car’s Chinese twin may be an option – if it ever arrives here.