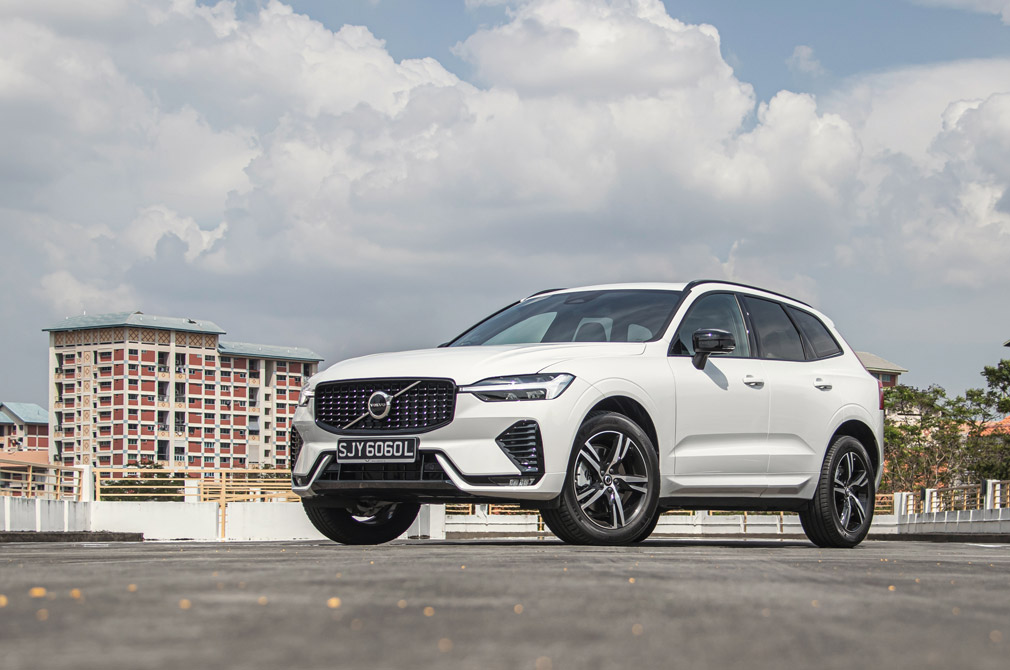 The current generation Volvo XC60 has been around for four years now, but the SUV doesn’t look a day older than when it debuted.

Its strong design remains fresh and pleasing to the eye. Of course, a little nip here and minor tuck there will help ensure it remains relevant.

Exterior-wise, there’s a new front grille, plus new front and rear bumpers. The tailpipes are now “hidden”. Volvo says this is in line with its move towards full electrification – EVs don’t need exhaust pipes.

This move is also why the XC60’s user experience has been greatly simplified. It is also the reason for a new 48-volt mild hybrid drivetrain, which we’ll get to later. 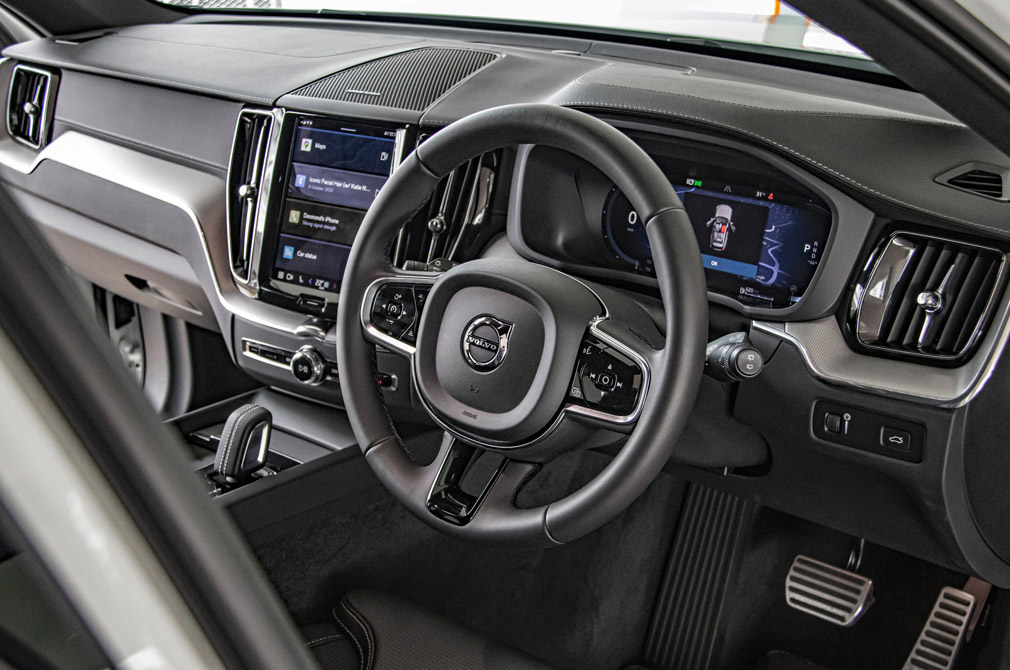 A NEW (AND SIMPLER) WORLD

If you’ve owned or driven the current crop of Volvo models, then the XC60 B6’s interior is going to either surprise, please or annoy you.

The previous Sensus infotainment has been replaced by an Android-powered one. This is great news for the majority of drivers, who do not wish to explore numerous menus and options.

The XC60 B6 also only has two selectable instrument panel layouts: one with the map in the background and the other without. You swap layouts by pressing a button on the steering wheel.

Previously, there were several meter designs to choose from – if you knew where to find the specific menu. I don’t miss the complexity, but I do miss the older layouts and their gorgeous graphics.

Anyway, setting up the new system is a cinch. If you want Spotify, you scan a QR code to access your account. It took a while to load mine, but once this was done, streaming was seamless. 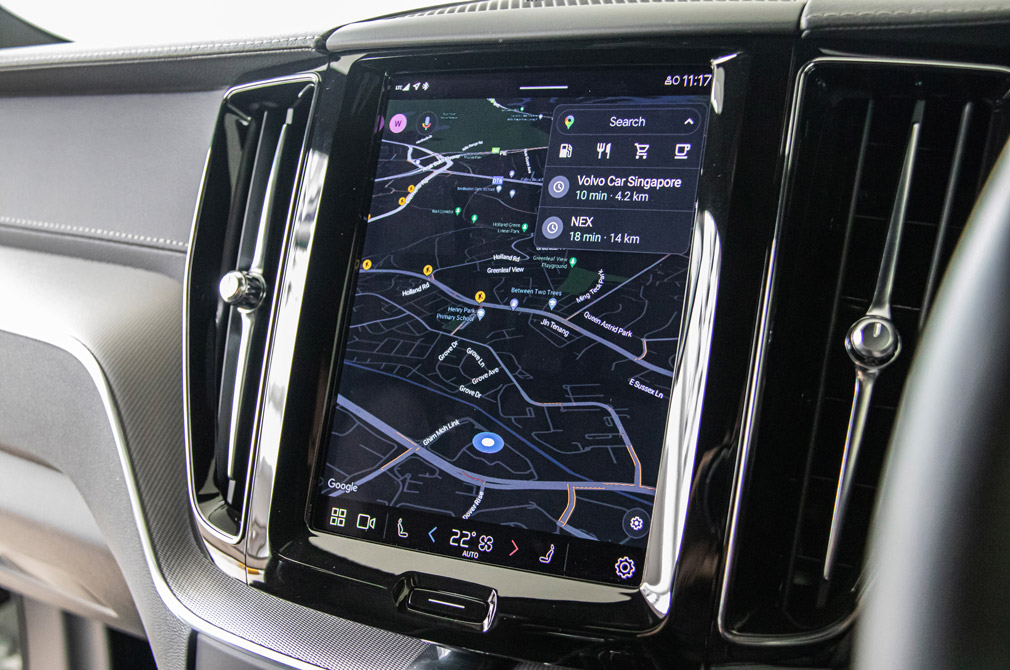 However, there is probably a small percentage of users (such as myself) who miss the Sensus system because it offered more functionality.

For instance, one used to be able to switch off the stop-start system, and tweak the sensitivity of the City Safety function by setting when the system should intervene.

The feature I miss most is the dimming function for the rear view and wing mirrors, which I believe is unique to Volvo. Being able to choose the darkest setting was cool, for it made driving at night more comfortable.

I wish there was an “Advanced” option, which contains all the features that older users might still want access to.

It’s ironic that Android, which offers more functionality than Apple’s iOS, is what Volvo used to greatly simplify things. You’d think it would be the other way around. 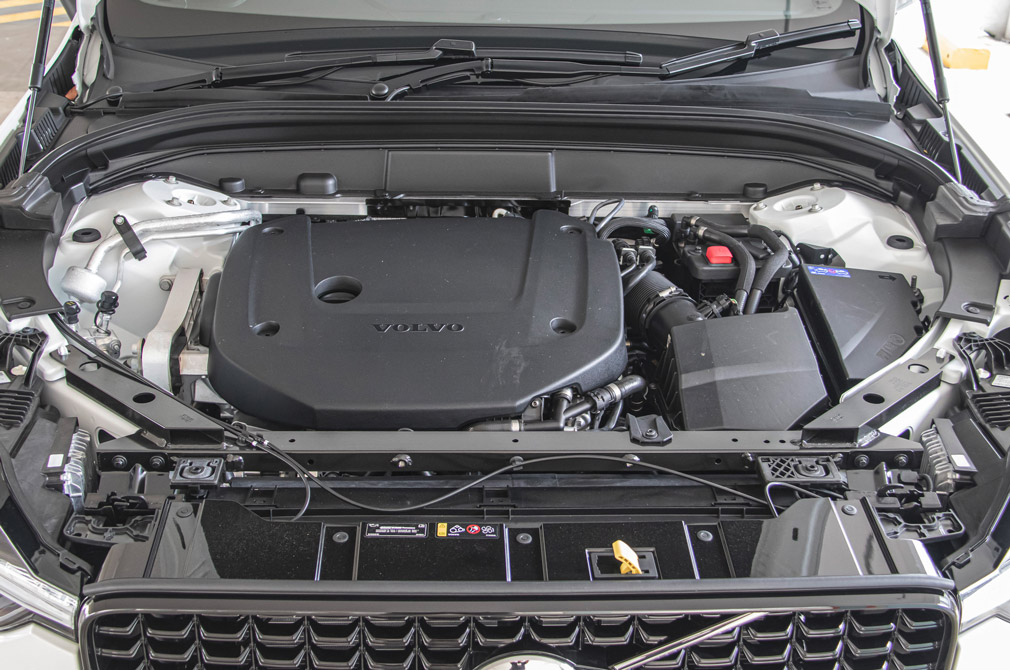 The XC60 B6 is powered by the familiar turbocharged and supercharged 2-litre inline-4, but this time it is equipped with a 48-volt mild hybrid system.

There are two important gains, though. First, the integrated starter motor generator makes the stop-start operation almost imperceptible. In fact, when you start the car, you will wonder why you barely heard the engine turn over.

And second, the stated average fuel consumption has improved from 12.5km/L to 13.2km/L.

The figures only look nice on paper. Over three days of driving in mixed conditions (60 percent urban, 40 percent expressways), I only managed 7.5km/L.

That said, this might be relatively good for an all-wheel-drive SUV weighing over 1.8 tonnes.

Another simplification to the XC60 is the removal of its drive selector. There is now only one drive mode. Volvo does not say what it is, but I assume it is “Normal” because that’s how the car feels. 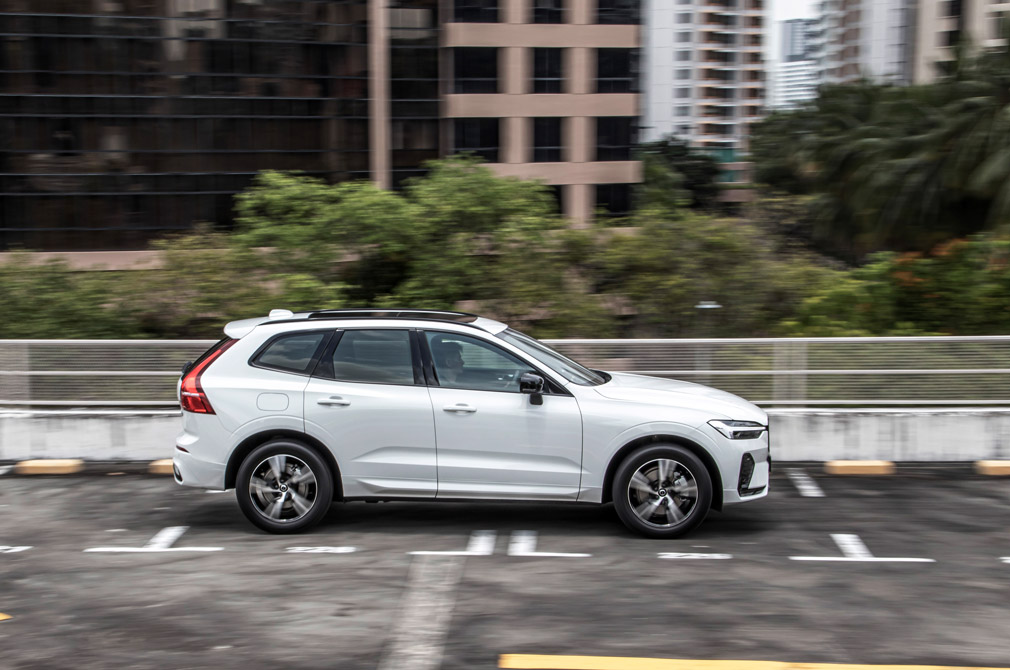 Having just one drive mode helps prepare drivers for EVs. It’s easy to switch on an EV, select “D” and drive off. The same is true here.

And even if an electric vehicle has various modes, the driving experience does not really change. This is what the XC60 B6 aims to mimic.

The B6 and its mild hybrid system delivers quieter, more refined performance compared to the older T6 drivetrain. Mid-range acceleration is linear, too.

However, there’s still palpable delay when moving off from a standstill. It could be the XC60’s weight, some turbo lag, or a combination of both.

The XC60, in B6 form, is not drastically different. It is still the refined, powerful and safe (it feels like a bank vault on wheels) mid-size SUV you would expect from the Swedish carmaker.

But at the same time, the improvements to its user experience have also brought it closer to its eventual electric destination.

The only folks who might not be too happy about the changes are probably previous owners or automotive writers. Either way, I doubt Volvo will be worried. 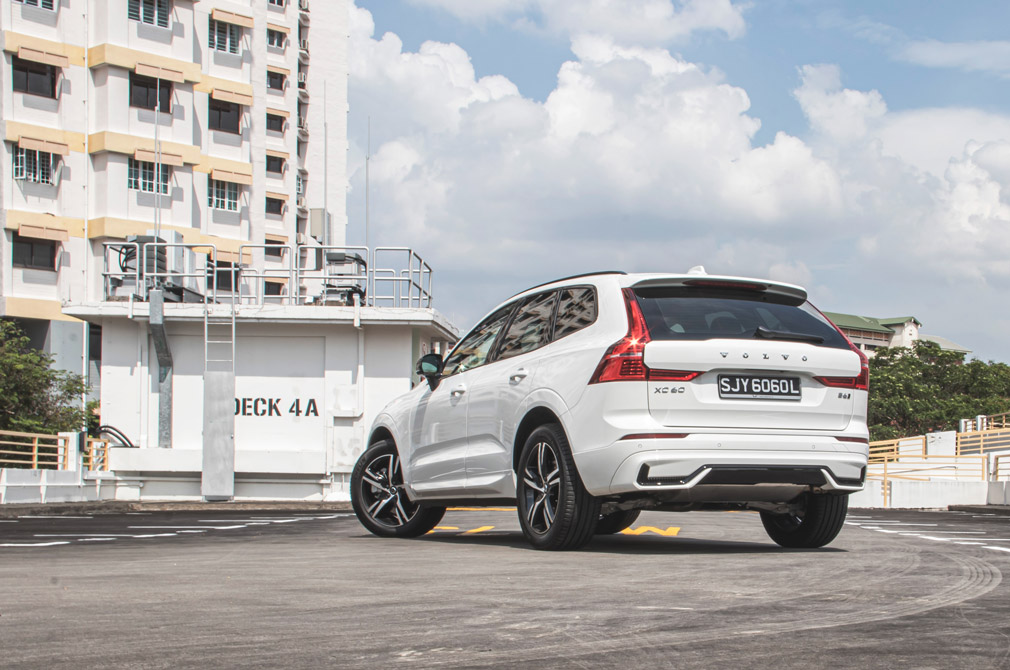