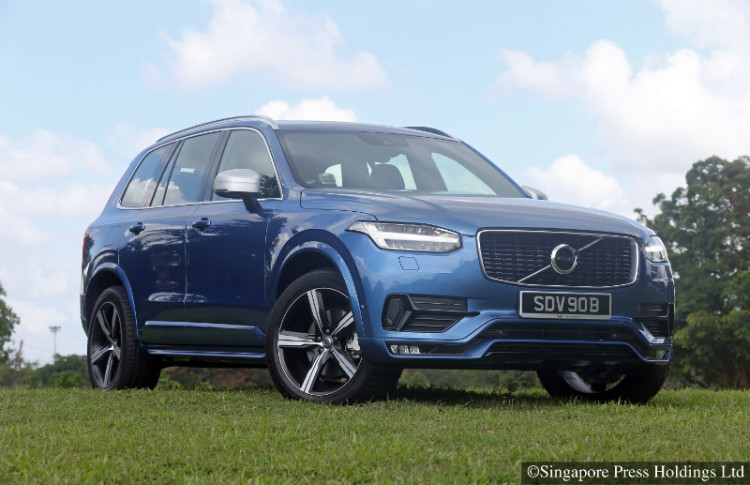 Carmakers use letters to separate high-performance cars from their regular products. Just think of the Audi A4, S4 and RS4, Lexus GS and GS F, or Honda Civic Type R.

Volvo’s letter of choice is also R. It started in the mid-1990s when the carmaker took the boxy 850 T5, slotted a bigger turbo in it, made minor styling tweaks and the 850 T5-R that was capable of making the 0-100kmh sprint in under seven seconds was born.

The same treatment was subsequently given to the S60R sedan and V70R stationwagon. These are “stealth” or “sleeper” cars, or fast cars that look like regular Joes.

The current R-Design is a departure from earlier Rs. The cars with the R-badge now may look sporty, but they do not actually go faster.

The seven-seater XC90 T6 R-Design performs exactly the same as the T6 Momentum model. But it costs $20,000 more.

The R-package seems to trim the bulk of the XC90. But the change is merely optical.

Whether from standstill or on the move, the car does not feel hesitant when prodded, thanks to the responsive 2-litre twincharged power plant and smooth-shifting eight-speed transmission. At a time where dual-clutch gearboxes are the rage, Volvo shows that there is still life to be squeezed from its tried-and-tested gearbox.

The car sips fuel frugally too. Over a three-day test drive, I recorded between 11.1km/L and 14.3km/L for various trips, which fall within the official 13km/L figure.

The car has standard features such as a panoramic sunroof and a 9-inch touchscreen infotainment system that has drastically reduced the number of buttons in the cockpit. 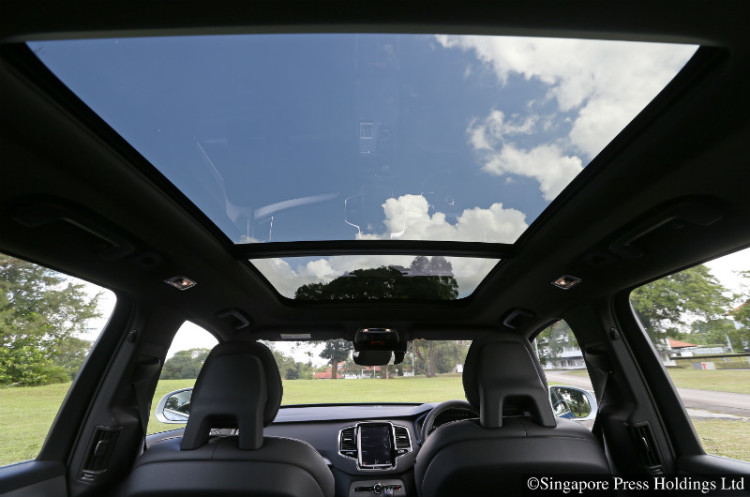 It also has Volvo’s renowned suite of safety features, such as lane departure warning, auto braking when it detects pedestrians in its path and auto slowing and even stopping to avoid collisions.

A safety feature that I found useful was how the car uses radar to detect the road speed limit and marks it with a red bar on its digital speedometer.

At speeds above the red bar, it gently chimes a reminder not to speed. It is not intrusive to the extent that it becomes annoying.

But what ought not to have been omitted was blind spot warning. It is standard equipment in cars costing about a third its price, but an option for the XC90.

Overall, the latest R-Design addition to the XC90 family gives drivers more choices on how they want their SUV to look.

It adds to an already extensive menu where buyers can choose from four engine variants – two diesel and two petrol – and two body styles for the XC90.

And for those willing to fork out well over $300,000 for the Volvo, more choices cannot hurt, even if the car does not actually go faster.