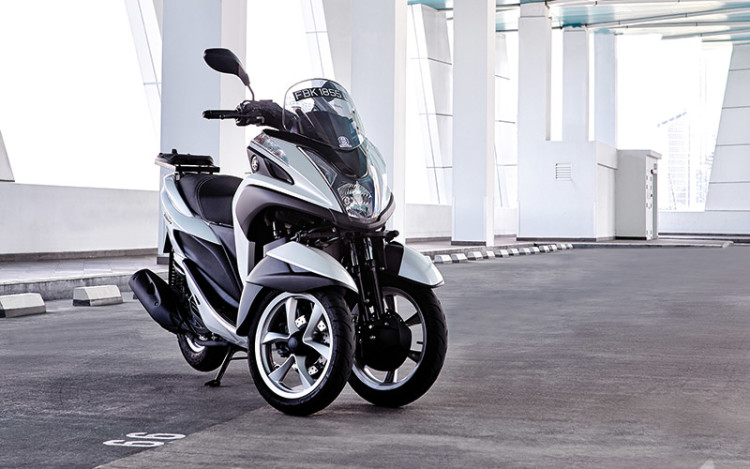 With motorcycle COEs at an all-time high (over $6000 at last count), two-wheelers, especially those categorised under Class 2B (below 200cc), can hardly be considered a cheap and cheerful mode of transport anymore.

Hoping to buck that trend is the Yamaha Tricity, the first three-wheel scooter from Japan. Chances are it might just be cheery and novel enough for bikers to look past its high price tag.

Three-wheel scooters are not new. But what gives the Tricity bragging rights is that it was developed by an ex-race engineer who used to work with MotoGP racer Valentino Rossi. But instead of tuning it for the racetrack, he designed it to be as user-friendly for beginners as possible.

With the exception of outright speed, the Tricity handles like a conventional scooter. At 152kg fully fuelled, it’s not far off the typical weight of two-wheel scooters that makes them light and manoeuvrable. 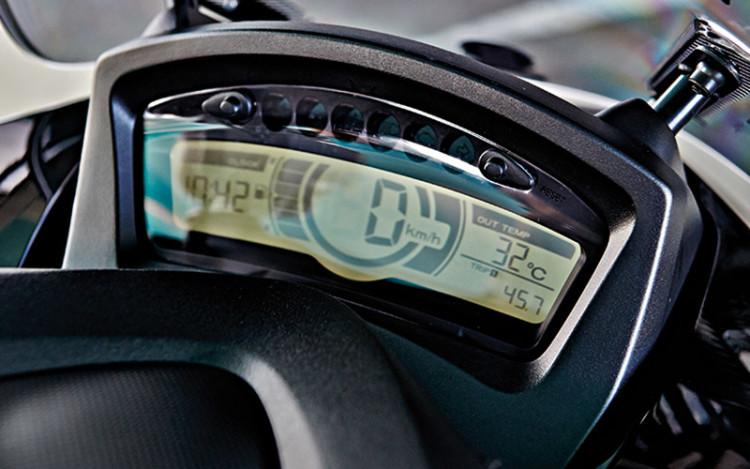 A little extra shove is required on the handlebars to make the bike turn, but once it’s done, you’d be hard pressed to tell it’s lugging around a third wheel.

More importantly, as in the case with such small scooters, the Tricity is narrow and predictable enough even for beginners to carve through traffic with consummate ease. Because it’s so light, it’s by far the most agile and neutral-feeling three-wheel scooter out there.

Powered by a 125cc single-cylinder four-stroke engine producing 11bhp, the twist-and-go Tricity has just enough poke to beat other motorists away from the lights. But on the expressways, the bike struggles to reach its cruising speed, taking what seems like an eternity to reach its top speed of 100km/h.

The pick-up is by no means inhibitive, but it does make you think twice when you need to make a quick overtake. If it helps, the bike’s performance does not seem to suffer much with a pillion rider on board. 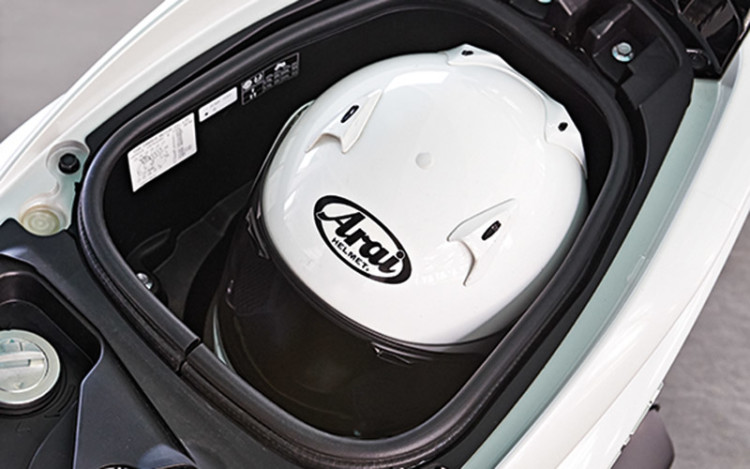 But to focus on the Tricity’s performance would be missing the point. It is intended to be zippy around town (which it is) and, with its two wheels upfront, provide extra grip and stability. But the advantage of a third wheel is not just limited to adverse conditions like wet roads.

Even in the dry, the bike’s additional safety net means there is one less thing to worry about – useful when traversing tricky road surfaces such as white lane markings, gravel or oil patches. And to a biker, every bit of advantage helps on the road.

The front end will wash out if you corner hard enough, but you’d have to be a proper maniac for that to happen.

Contributing to its ease of use is the scooter’s powerful link-brake system. The left lever operates the front and rear stoppers, while pulling the right lever adds more front brake force. In reality, the brakes are so strong, you can effectively stop with just a pull of either lever.

It’s comfortable, too. Because each front wheel is connected to its own telescopic fork, the scooter rides impeccably over bumps and imperfections on the road. The rear shocks, on the other hand, are a little firmer, but it’s still a relatively composed and plush ride. 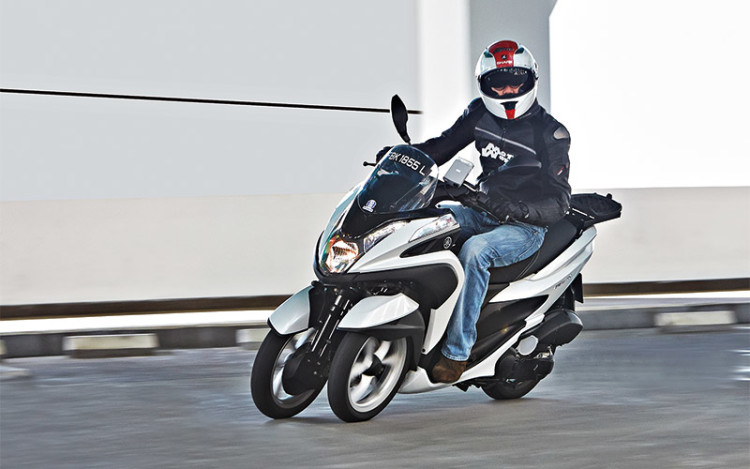 The Tricity does not have a locking mechanism like the Piaggio MP3, which enables you to put both feet up at the lights, but the seat is low and the riding position is spacious enough for shorter and taller riders alike to hop on and go.

The Yamaha’s storage space is commendable, if not particularly outstanding for a bike of this size, with space under the seat only for one full-face helmet.

Still, it does not detract from the fact that the Yamaha Tricity is a stylish, accessible and practical scooter with all the added benefits of a third wheel.

It is a shame that with motorcycle COE prices the way they are, many riders won’t get to experience the delights of this simple but effective Japanese runabout. 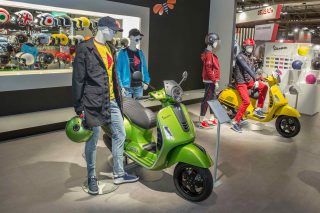 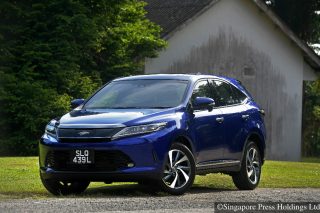 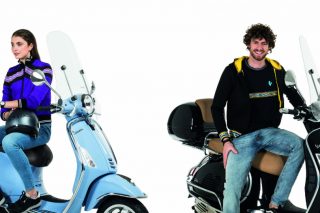 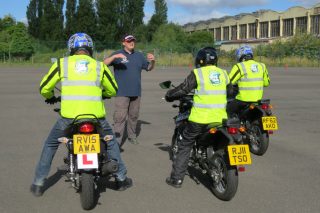 Thailand is the most dangerous country for motorcyclists 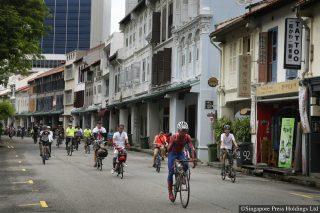 Getting workers to ditch the car 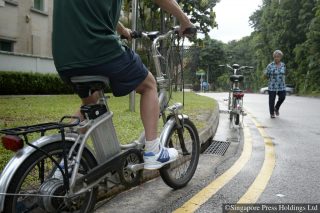 Pay to gain respect on the road? I’m in

Thailand is the most dangerous country for motorcyclists

Getting workers to ditch the car

Pay to gain respect on the road? I’m in