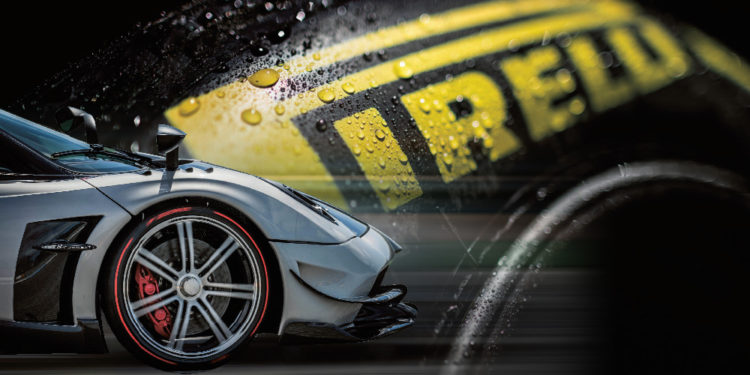 Pirelli is a name recognised, admired and sought after the world over. The company lives always at the cutting edge, pushing at and expanding the boundaries of technology as its tyres challenge the limits of adhesion at racetracks and roads everywhere.

Pirelli has a long history of production excellence and a relentless passion for innovation. Pirelli has spent 110 of its 146 years participating in the unforgiving arena of motorsport.

PIRELLI’S BEGINNINGS
In 1872, Giovanni Battisa Pirelli established his company in Milan. Pirelli was inspired by an interest in natural rubber and had a burning entrepreneurial curiosity at a time when the potential of rubber – and its seemingly infinite applications – was just being realised.

One such burgeoning application was in telecommunications. Pirelli produced rubber components for telegraph cables that included submarine lines which connected distant parts of the country, and beyond
into the Balearic Islands and Red Sea.

Despite the tumultuousness that occurred towards the end of the 19th century in Italy,
the Pirelli firm remained steadfast. Pirelli even emerged stronger, having laid the foundations for a century of geographical, industrial and technological progress.

With the arrival of the transport revolution, a clear definition for the company’s future emerged.

PIRELLI AND MOTORSPORT
Over the following decades, Pirelli honed its skills in the laboratory, on the roads and on the racetrack. In 1907, the first Grand Prix of the Automobile Club of France was won by a car shod with Pirelli tyres.

Many industry-defining milestones followed, including the Superflex Stella Bianca, the first sport tyre which allowed its wearers to outdrive their competition, and the Cinturato, Pirelli’s first radial tyre marketed in 1953. The Cinturato raised the bar for safety, performance and wear.

Today, 460 car and motorcycle races redefine speed with the confidence of Pirelli tyres. Pirelli has also been the sole tyre maker in Formula One since 2011. There are few greater motivators of relentless innovation than the astounding velocities at the pinnacle of motorsport, where the margins are infinitesimal and only the utmost in excellence will suffice.

PIRELLI AND THE COMMUNITY
Involvement in sports at large is also at the heart of the Pirelli brand. Inter Milan, America’s Cup champion Emirates Team New Zealand and the Los Angeles Dodgers are all sponsored by Pirelli.

A commitment to the community resulted in the development of the Pirelli Foundation, and the company’s love for arts and culture can be seen in the production of the famous Pirelli Calendar, and the establishment of the Pirelli HangarBicocca, one of Europe’s largest exhibition spaces for contemporary art.

“PIRELLI HONED ITS SKILLS IN THE LABORATORY, ON THE ROADS AND ON THE RACETRACK.”

— Brought to you by PIRELLI —