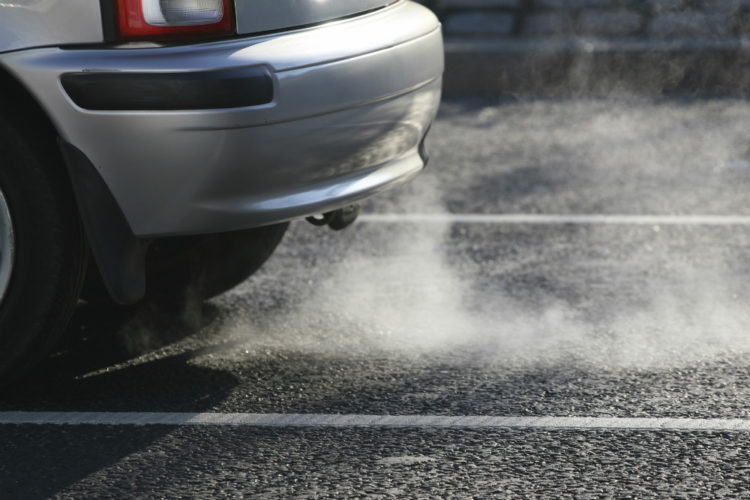 What causes smoke from exhaust pipes?

I have seen commercial vehicles spewing black smoke, especially when they take off from traffic lights. I thought this was unique to such vehicles, until recently, when a neighbour said he saw blue smoke being emitted from the exhaust pipes of my car when I drove off.

Is this normal or should this be a concern?

Yes, it is a concern. Blue exhaust smoke is primarily a result of engine oil seeping past piston rings or valve oil seals. It indicates that the engine is consuming engine oil due to wear.

There is no quick and easy fix for this.

You will first need to have your engine compression checked to determine if the cause is worn piston rings. Most workshops have a device to check the status of your engine’s compression.

If it proves that your engine’s compression is normal, then the likely cause is worn valve seals. Replacing these seals requires the removal of the cylinder head.

If, on the other hand, the diagnosis shows a weak compression, which you should already feel in the car’s markedly reduced performance, it means your engine will require an overhaul.

An overhaul will not be cheap as it entails removing the engine and stripping it to replace the worn rings or even the worn piston, and other parts that cannot be reused, such as gaskets.

While on the subject of smoke, there are other colours of exhaust smoke you should be aware of.

Black smoke indicates excessive fuel being burnt. Whether diesel engine or petrol engine, the cause is a fault in the fuel-injection system that could arise from a faulty pump at the worst or, as is commonly the problem, a defective mass-flow sensor, choked air-filter or oxygen sensor.

White exhaust smoke is something you should also be concerned with. Cylinder head gasket failure can lead to water mixing with oil, which gets into the combustion chamber and burns as white gas.

This must be checked urgently as prolonged running will result in piston and cylinder wear, eventually requiring the same procedure as the car with blue exhaust smoke.

Related story: askST: Why do new cars have streaks on their windscreens?
Related story: Are faulty spark plugs the cause of my cark jerking under acceleration?