5 things you should know about the Toyota GR Yaris | Torque
Loading posts...
0 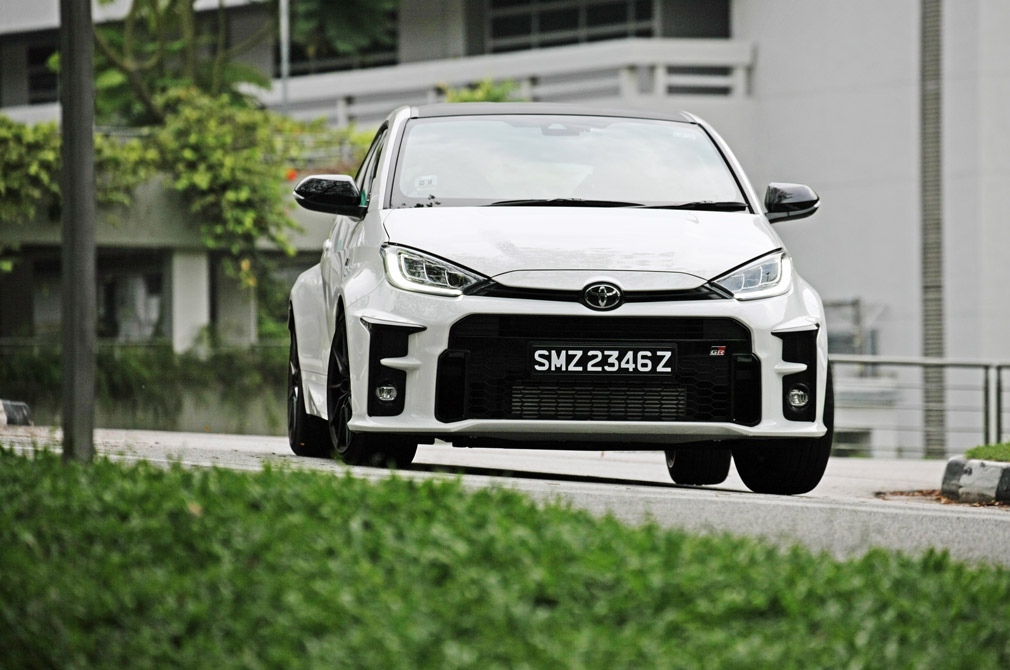 Toyota’s GR Yaris has been one of the most hotly anticipated cars in recent history.

But what makes this three-door pocket rocket so desirable? Is it just because it is turbocharged and comes with a 6-speed manual gearbox? As it turns out, this fiery little number has a lot more going for it than just performance and handling.

Unlike other mass-market models like the Corolla Altis, Toyota only produced 25,000 units of the GR Yaris.

That’s because the GR Yaris was made for homologation purposes – to enable the model to compete in the World Rally Championship. Toyota did not actually plan for this car to become a staple in their model lineup.

The strong demand caught the carmaker by surprise. But considering everything it has poured into this hatchback, it should have expected otherwise. 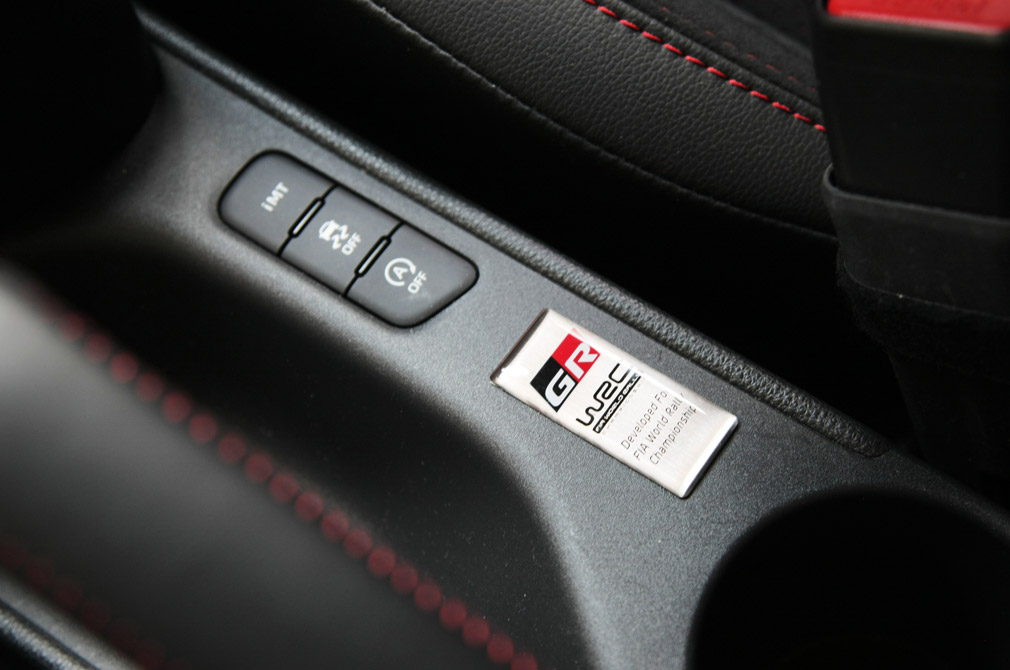 ACTUALLY, ONLY 20 OF THE 22 UNITS ALLOCATED TO BORNEO MOTORS HAVE BEEN SOLD.

Toyota allocated 22 units to Borneo Motors, its official agent in Singapore. But only 20 of them were sold.

Two units still remain with the dealership: a red unit on display in the showroom, and a white unit with registration number “SCP 13T”. The latter was also featured in our review of the car.

Will another batch of cars arrive next year? Well, that is really up to Toyota. Not surprisingly, Borneo Motors has been mum on this question.

You’d think that fans of the Toyota GR Supra, which arrived in 2019, would have snapped up the GR Yaris when it arrived.

However, according Mr Samuel Yong, Marketing and Business Strategy Director at Inchcape Singapore, this is not the case, as both cars have very different ownership profiles.

GR Supra owners tend to be younger, tend to be between 30-40 years of age. They love the car for its connection to the Fast and Furious movie franchise.

GR Yaris owners, on the other hand, tend to be between 40-50 years of age. They remember the hot hatches of the 90s and early 2000s, and see the GR Yaris as a way to “reminisce” their younger days. 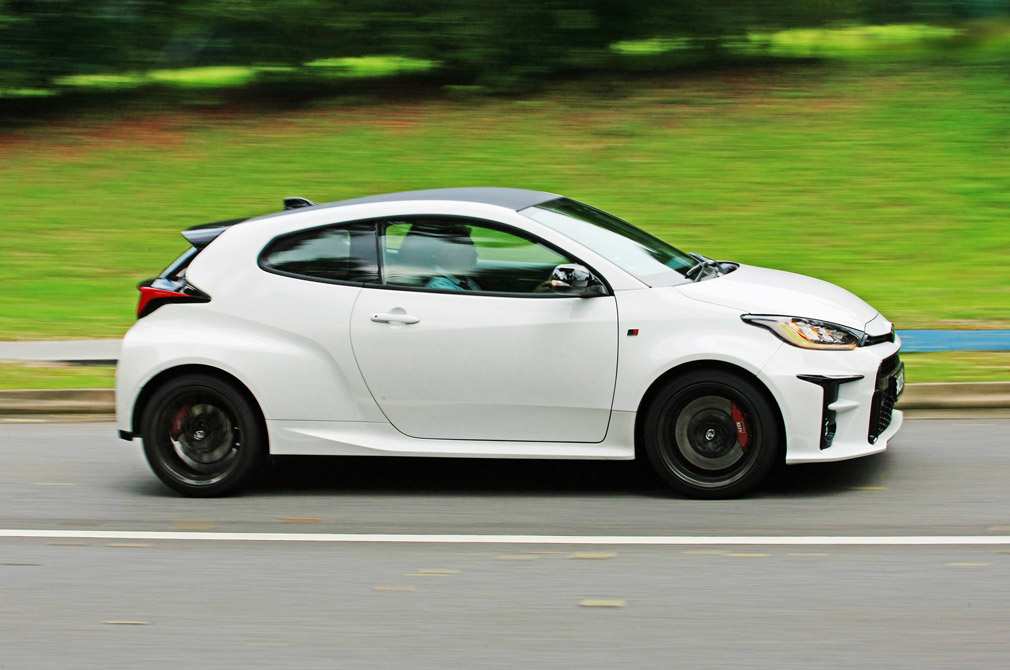 THE GR YARIS SHOULD HAVE COST A LOT MORE.

Each GR Yaris was sold by Borneo Motors for around $188,000, the cost of the standard model. But each car is actually equipped with the Circuit Pack as standard, which Mr Yong says should cost at least $15k more.

This caught parallel importers by surprise, as many of them assumed that Borneo Motors would price the car between $230k-$240k.

Indeed, a check on sgCarMart found the GR Yaris being retailed by parallel importers, with prices ranging from $217k and $234k.

THE GR YARIS SOLD OUT SIX MONTHS BEFORE IT ARRIVED.

With only 22 cars officially allocated to Singapore, demand for the GR Yaris was always going to outstrip supply.

So, each unit was sold on a first-come, first-served basis.

Nevertheless, the strong response was still a pleasant surprise. Despite not having seen the car, eager buyers showed up with chequebooks in hand.

“The only question was what colour they wanted their car to be,” recounted Mr Yong. 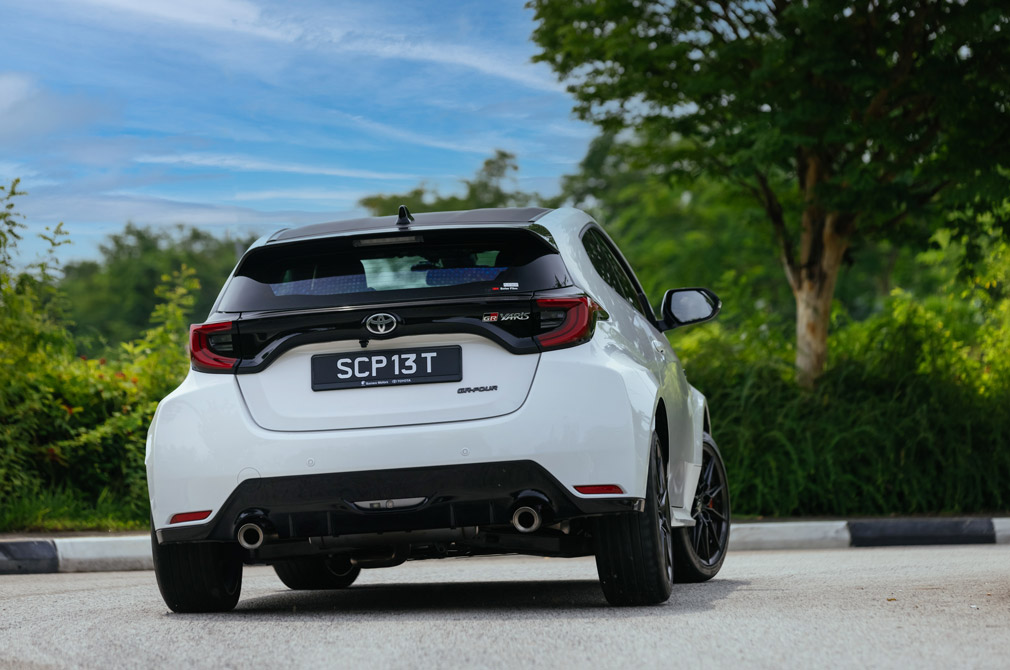