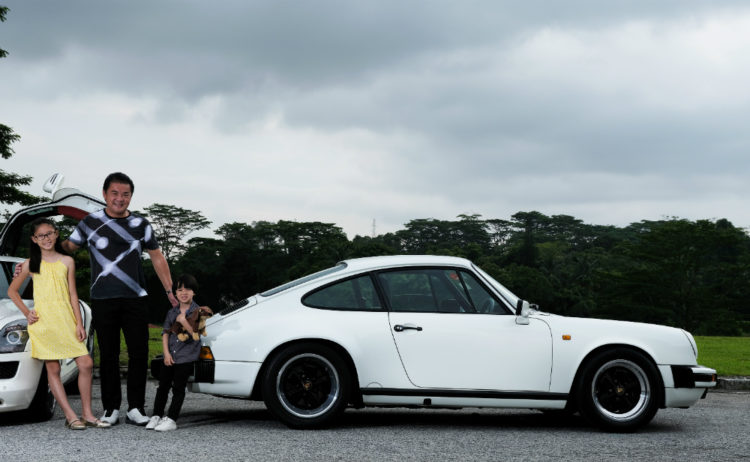 As a child, Ringo Chong would watch his father, the late Chong Boon Seng, compete in the Old Upper Thomson Road Grand Prix.

“I would climb into daddy’s Lotus 41 and Lotus 23B race cars and imagine that I was a top Grand Prix driver,” he recalls.

That little boy grew up to bag his first Singapore National Karting Championship in 1985, at 18, in a kart that his father bought him for his birthday after he returned from his studies in Canada.

Progressing to cars, he became the youngest driver to win both the Tour De Singapour Rallye and the Rally of Singapore in 1990. He then moved on to circuit racing and won many races across the Causeway.

A watershed race that catapulted him into the limelight was his win in the Supercar Challenge at Malaysia’s Shah Alam Circuit in 1996, where he pushed his old BMW M3 to the limit, beating the newer and more powerful Ferrari 355 Challenge and Porsche 911 RSR and Turbo.

In a career that has spanned 32 years, the 50-year-old has competed in events around the region and earned many racing stripes.

When he is not behind the wheel of his racing machines, he enjoys driving his wife Florence, 10-year-old daughter Renee and four-year-old son Rainier around in his 1988 Porsche 911 Carrera 3.2 G Model.

He has owned the car, which he calls Froggie because of its shape, since 1999. Despite its age, it has clocked only 80,000km.

Mr Chong has changed only its suspension and air-conditioning system.

“Froggie has been my faithful companion,” he says. “After almost 20 years, it still makes me smile every time I drive it.”

Besides the 911, he has a six-year-old Mercedes-Benz SLS which he bought last year because “its sexy long nose and rumbly engine reminds me of my parents’ two Jaguar E-Types from the early 1970s”. A Land Rover Discovery 4, which his wife uses most of the time, is the family runabout.

He babies all of his cars. Besides regular scheduled servicing and grooming, he ensures that they are parked under shelter. “Sunblock is as essential to cars as it is to ladies,” he quips.

Despite his achievements on the race track, he remains humble and down to earth. He admits that racing is expensive and that it takes more than just driving talent to succeed.

“Luck, people skills, fitness and age all play a part.”

Chasing that 0.1 second can get tiring, especially after more than three decades, but Mr Chong will always remember the sound advice from his supportive wife – “Do it for as long as it makes you happy”.

And what would make him happy, indeed, is to fly the Singapore flag at his 10th F1 Singapore Grand Prix next month.

Putting Singapore on the racing map has always been one of his key motivations. His proudest moment was hearing Majulah Singapura being played as he stood on the No. 1 spot on the Marina Bay Circuit podium during the 2009 Aston Martin Asia Cup support race.

He hopes to do it again, this time in a Ferrari 488, sponsored by Ferrari agent Ital Auto, for the Ferrari Challenge support race. To raise money for entry fees and running costs, he intends to collect pledges from 100 Singaporeans and supporters and display their signatures on his race car.

“I want to win this with the support of Singaporeans and well-wishers,” he says.