This columnist’s seven-year-old daughter is an underage, co-driving car reviewer without a driving licence, but with plenty of experience already.

My daughter turns seven this month. Unlike many couples for whom having children is a natural progression after marriage, we struggled with the decision for a few years. When we finally made up our minds, it was to embrace parenthood as a life experience, rather than because we adored kids or wanted some security for our old age.

And we have no regrets. She is like a ray of sunshine in our lives. Her exuberant personality and infectious giggles light up every room. At this young age, she already possesses the ability to laugh at herself and at the world around her.

Although she is still more than a decade away from getting her own driving licence, cars have always been an integral part of her life since she was born. It is partly due to what I do and also because she is surrounded by two generations of petrolheads before her.

She received her first COE-exempted Audi convertible during her baby shower, followed by an electric Lamborghini Aventador when she turned three. I have lost count of all the newly launched cars that she has “test-driven” from the backseat.

It is a privilege, but it has also resulted in her expecting a lot from cars. She is probably a harsher critic than I am when it comes to cabin design and ride comfort, as well as the features that a car is equipped with (or not).

If her feet touch the back of the front seats from her perch on the rear seat, there is insufficient legroom. And she doesn’t hesitate to bring to my attention the absence of ambient lighting, a navigation system or rear climate control. Auto tailgates, suction doors and powered seats are just a few of the items on her list of important equipment.

She leaves no compartment unopened, and the expressions on her face often leave me wondering just what is going through that little head of hers.

She even maintains an ongoing shortlist for her own Car of the Year. While the models that make her list frequently change, sometimes on a daily basis, I must admit that I find myself agreeing with many of her choices.

All these may make her seem like a spoilt brat, but she’s a child who never whines, sulks or throw tantrums, who listens to reason and who tells her grandparents that one toy will do when they offer to buy her more. No adult can accuse her of being spoilt.

Perhaps her high expectations stem from the exacting standards that she sets for everything – herself, schoolwork, cars, etc. She always puts in 100 percent.

As the candles on her birthday cakes increase, so will the realities and responsibilities of life.

My wish for her is to never lose that spark, that smile, that sense of wonderment at the things around her, including cars, and to always have the ability to find joy in simple pleasures such as singing along to her favourite song on the radio or licking a popsicle on a hot day.

I also wish that my daughter can grow up to take the wheel for a long drive to nowhere, before self-driving cars deprive her of the pleasure.

This columnist’s seven-year-old daughter is an underage, co-driving car reviewer without a driving licence, but with plenty of experience already. 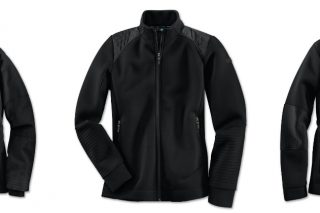 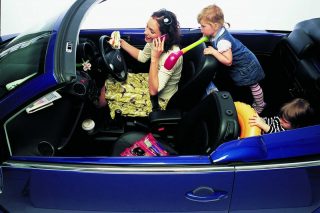 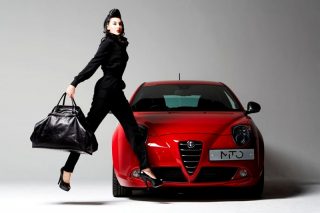 FEMALE PETROLHEADS LOVE THEIR HANDBAGS AND THEIR CARS

FEMALE PETROLHEADS LOVE THEIR HANDBAGS AND THEIR CARS