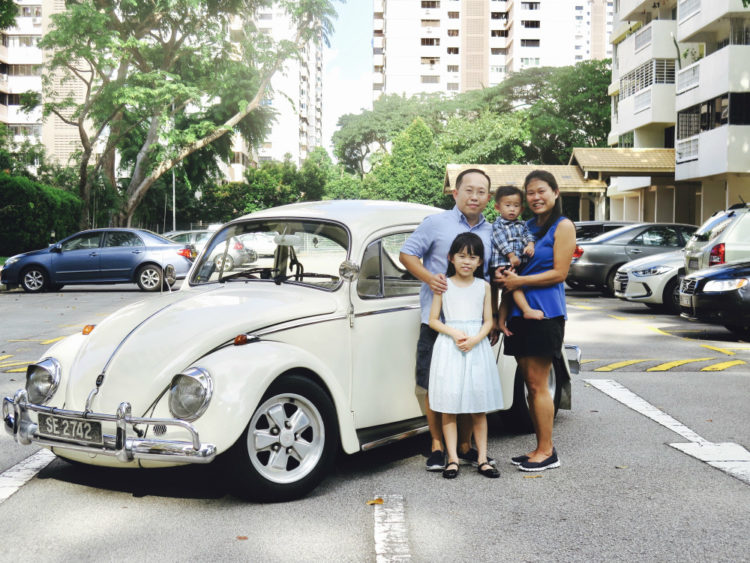 It will be 10 years before eight-year-old Ong Yan Qi can take her driving test, but she will have a car waiting for her when she gets her licence.

Her parents, both 43, intend to hand over their 1971 Volkswagen Beetle to her when the time comes.

Housewife Lim Geok Choon, says: “We love the Volkswagen Beetle, so we bought the car for Yan Qi. We hope that when the day comes for her to drive it, she will adore the car as much as we do.”

She and her husband, civil servant Ong Ai Chuan – who also have a 15-month-old son – love Volkswagen Beetles.

Mr Ong had a 1967 model, but he sold it and bought a Toyota Corolla Altis sedan after getting married in 2004 as he wanted a more family-friendly ride.

“We were quite sad to part with it,” Madam Lim recalls.

But the couple missed the Beetle so much that they started looking for another soon after, with the hope of passing it to their daughter one day.

“The year was 2008 and we felt we were ready for a second car,” Madam Lim says. “It was also only natural that we wanted another Beetle. This time around, we desired a 1950s model or one that looked similar.”

Madam Lim also had a few other criteria. “Firstly, the car must be of the right look for its age. In other words, it cannot be from the 1950s and have a modern steering wheel, lights and seats,” she says.

“It must also have the correct registration number. Classic cars cannot have modern numbers.” 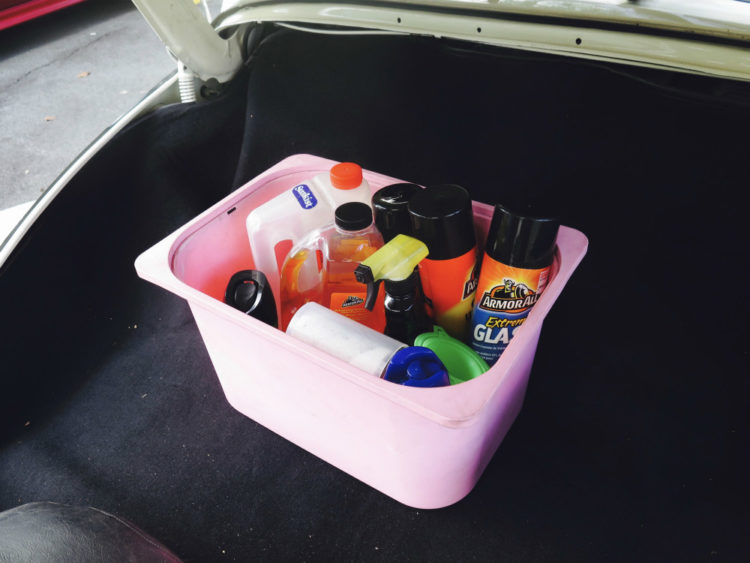 “Lastly, the overall condition must be good. While I understand that old cars will have some rust, dents and scratches, I don’t want to spend a fortune to repair it.”

The couple found a listing on online car portal sgCarMart that matched what they wanted.

“When I saw the advertisement, it stated that the black Beetle was registered in 1971. However, the accompanying photos showed a car which looked like it was from the 1950s,” Madam Lim says.

“When I called the owner, who is a violinist, I found out that the car had been converted to look like the 1950s model. I made an appointment to take a closer look with my husband and when we saw it, we were pleased with its condition.”

They paid “a higher price” than what comparable Beetles commanded then. The car had only one year left on its certificate of entitlement (COE), but “thankfully, the price to renew the COE was very low then”, Madam Lim says.

Since purchasing the car, the couple have spent about $23,000 on refurbishments such as bodywork, upholstery and having it repainted beige.

The Beetle is driven by Mr Ong daily while Madam Lim ferries Yan Qi and her brother in a Toyota Wish MPV, which they bought new in 2012.

So what does Yan Qi think of the ride that she will inherit one day?

“I like sitting in it because it doesn’t have any seat belts, but I wish daddy would turn on the air-con more often as it can get quite hot inside,” she says.

“Also, I like it when my brother accompanies me because he can enjoy the ride too.”