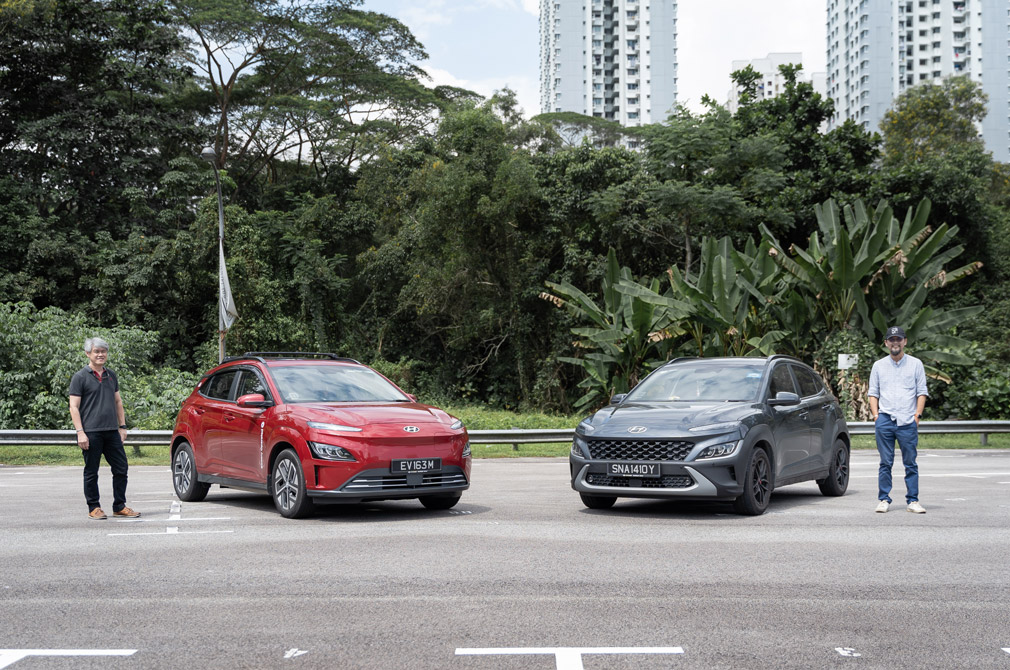 (L-R) Lee Hon Sing with his Hyundai Kona Electric and Francis Tan with his Kona Hybrid.

Does owning an SUV (sports utility vehicle) make you an environmentally unfriendly driver? Given their size, it is easy to assume this about them. But it would be unfair to assume that all SUVs are petrol guzzlers.

In fact, the two Hyundai models you see here are the exact opposite. In addition to their striking and hip designs, the Hyundai Kona Electric and Kona Hybrid are two of the most eco-friendly and fuel-efficient SUVs you can buy today.

And there’s no better way to learn more about what they’re like to live with than to have a chat with their owners.

Francis Tan bought a Hyundai Kona Hybrid after trading in his Tucson Turbo, which he owned for the past four years. 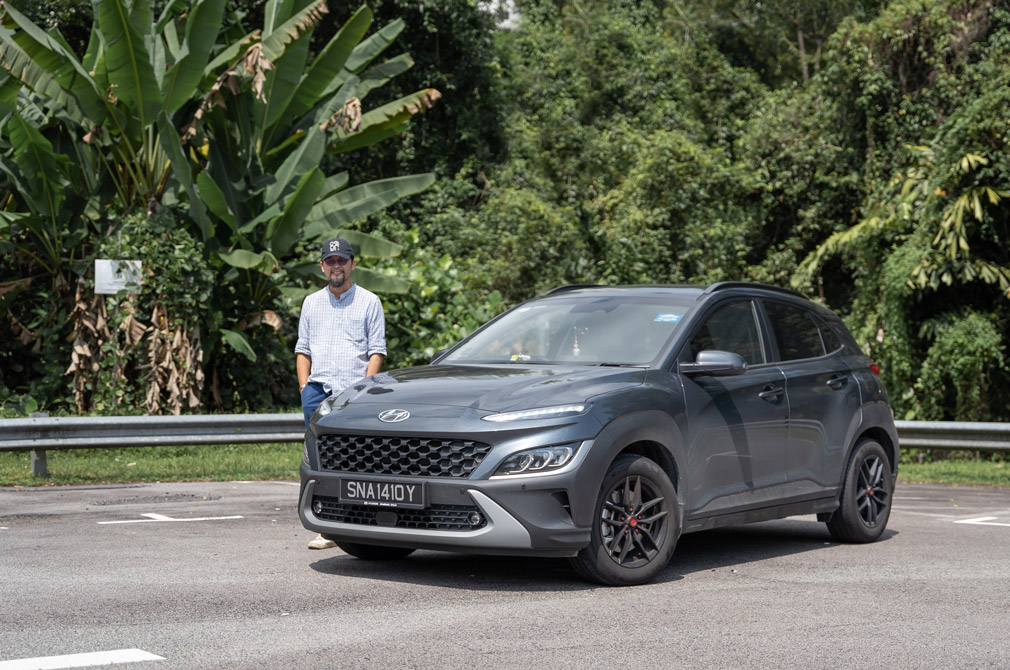 Francis Tan’s running costs have been halved since he bought a Hyundai Kona Hybrid.

He was very impressed with the performance of the Tucson, but found the Kona’s sleek design and hybrid powertrain, which is known for being particularly frugal, even more convincing.

“The combination of a good design with great technology and numerous standard safety features make the SUV very attractive. The competitive pricing is another draw, too.”

But with EVs (electric vehicles) growing in popularity, we asked him why he opted for the Kona Hybrid instead of the Kona Electric. 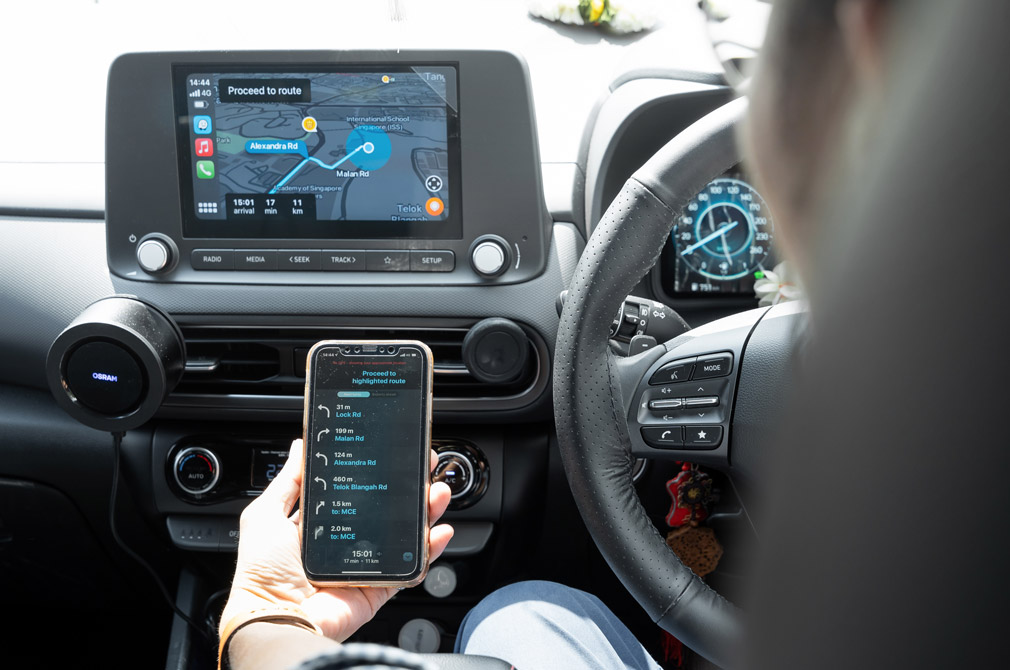 Apple CarPlay makes it easy for Francis to use navigation apps.

“I would like to own an EV, but like most drivers, I want to see even more charging points, which would enhance convenience and accessibility.”

Francis may not be surfing the EV wave yet, but he’s not complaining. That’s because he’s enjoying the savings that the Kona Electric accords him. “Because I average nearly 24km per litre and around 780km per tankful, my running costs have been halved!”

And he’s looking forward to putting the Kona Hybrid’s efficiency to the test when the situation improves and driving to Malaysia becomes possible again.

“I need to visit my in-laws in Kuala Lumpur as it has been a while. Maybe on the way back, I can play golf in Johor Bahru!” 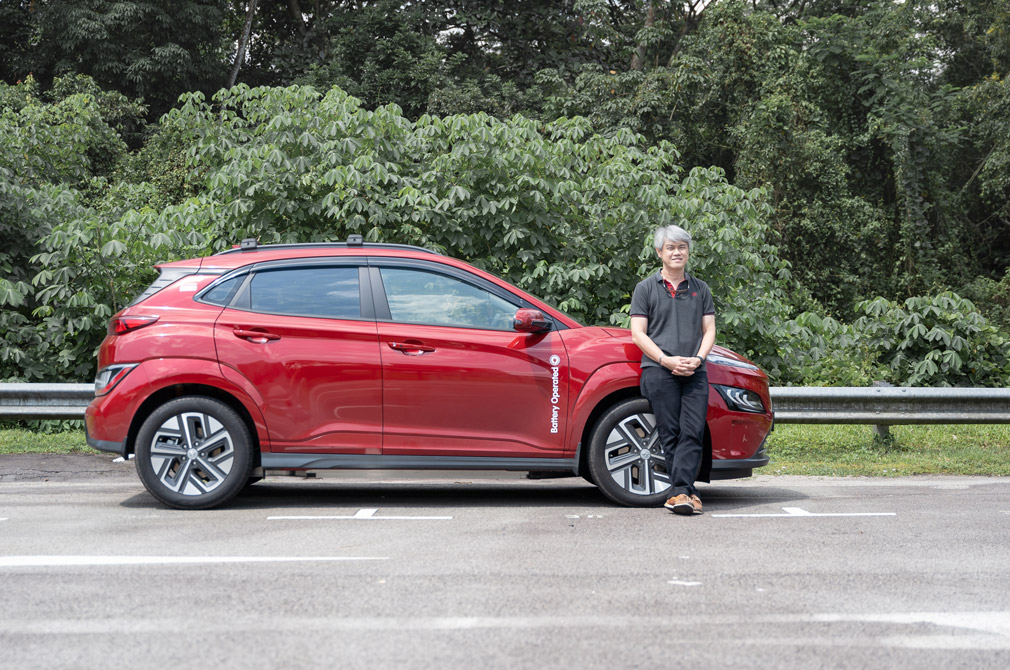 Hon Sing is an early adopter who happily recommends EVs to his friends.

This is Lee Hong Sing’s second Kona Electric – he traded in his 2019 model when the updated one was launched this year.

Like Francis, Hon Sing is also a fan of the Hyundai brand, having owned an Elantra sedan and Trajet MPV in the past. He has seen how the brand and its cars have grown, with improvements to not just the exterior and interior designs, but the drivetrain and performance, too.

Hon Sing describes himself as an early adopter who has wanted an EV (electric vehicle) since 2015. So, when the Kona Electric was introduced two years ago, he took the plunge, choosing it over the Kona Hybrid.

The SUV quickly made a strong impression. “I love the smooth and quiet ride,” he says. “The instant torque is addictive and as a bonus, I no longer visit petrol kiosks!”

Apart from the zippy performance, Hon Sing cites zero tailpipe emissions and the SmartSense suite of convenience and safety features as his favourite elements of the Kona Electric. 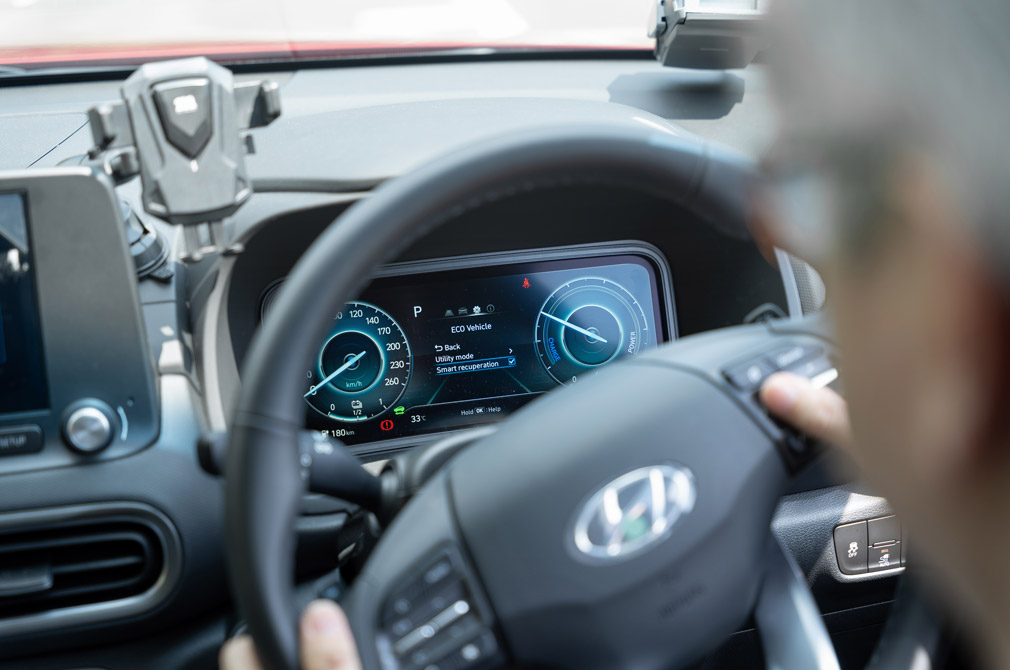 The Kona Electric’s zippy drive and numerous features, such as Smart recuperation, made this SUV a compelling buy for Hon Sing.

But does he face any issues with charging his car?

“I can charge my car at home, which further lowers my running costs. That said, the public charging infrastructure can of course still be improved,” he says.

Perhaps with an eye on the future – and Singapore’s goal of having 60,000 charging points by 2030 – Hon Sing has no qualms recommending EVs.

“If you’re considering a Kona Electric, go ahead and buy one! With an excellent battery management system and great range, it is one of the best EVs available today.”

“And as a long-time customer, I can say that Komoco Motors’ service is top-notch, too.” Thinking of getting an EV?

Hyundai is offering contactless test drives of the IONIQ Electric at Shell Novena from now till 22 September. Click here to arrange yours now!

You can also try out the Kona Electric at the showroom by clicking here.