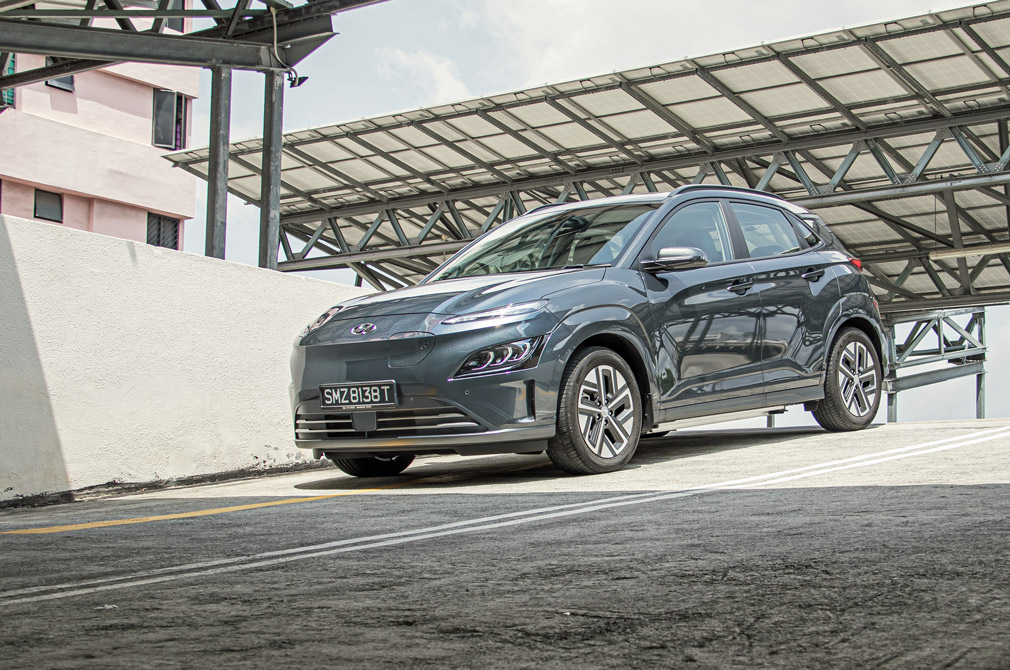 Each time I step into a car showroom, I like to do two things.

One is to see new models up close before the media drive commences. The other is to be a fly on the wall and listen (okay, eavesdrop) on conversations between salespeople, and salespeople and customers.

The latter can be far more interesting than the first, for this is when you get a sense of what buyers are actually feeling. What I’ve observed over the past few years is that while new technology turns people on, it also makes them hesitant to adopt it.

Take EVs (electric vehicles) for instance. Most drivers who have never experienced living with one already have multiple reasons not to get one. The usual suspects – charging, range, battery longevity and cost – are always cited.

Then again, if you have never tried something, you wouldn’t plunge headfirst into it without a second thought.

Now, what does all this have to do with the Hyundai Kona Electric? 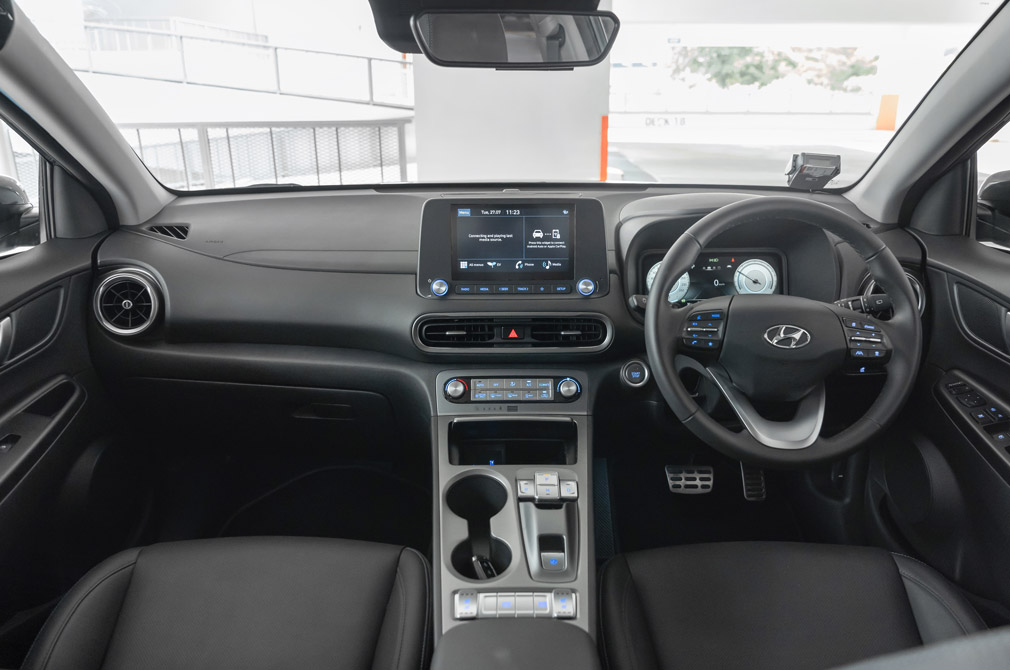 EVs have a lot of advanced components, but you do not need an engineering degree to drive them.

Get behind the wheel of the latest Hyundai Kona Electric and you’ll find that there’s nothing intimidating here. Yes, there’s a new 10.25-inch digital cluster and a new larger 8-inch infotainment display.

The instrument panel, for one, still has an “analogue” layout with your usual speedometer/tachometer combo. Accessing the vehicle’s settings and tweaking them as preferred is easy – a button and a toggle switch are all you need to browse the menus and make selections.

The infotainment system is also straightforward. Most drivers will probably be on Apple CarPlay or Android Auto. Once your smartphone is synced, there’s nothing else to think about. 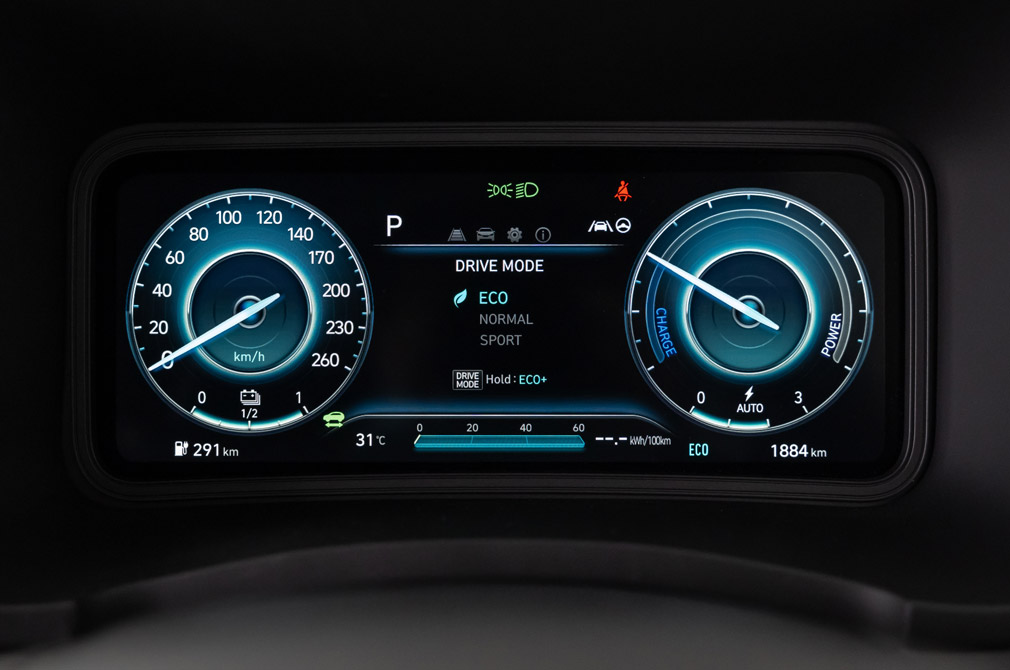 Well, a better hi-fi system – or an option for one – would be nice.

Some drivers might complain that a gearshift lever is easier than having to press buttons. I agree. Then again, the absence of a lever also makes things neater. You win some, you lose some, I guess.

The point is, all of these things are easy to use.

Driving the Kona Electric is a breezy experience. In fact, it might feel a bit too breezy for the uninitiated. But that is part of the appeal.

The electric motor serves up 134hp and 395Nm – instantaneously. That’s what makes it so easy to drive. Rather than waiting around for revs to build, the performance on tap makes the Kona Electric feel effortless.

Indeed, the shove from the plentiful low-end torque makes the crossover feel quicker than it actually is, with the benchmark century dash taking 9.9 seconds.

The battery capacity of 39.2kWh supposedly gives the Kona Electric a range of 308km. Hyundai claims an average consumption figure of 15kWh per 100km. My figure was 16kWh, which is good. 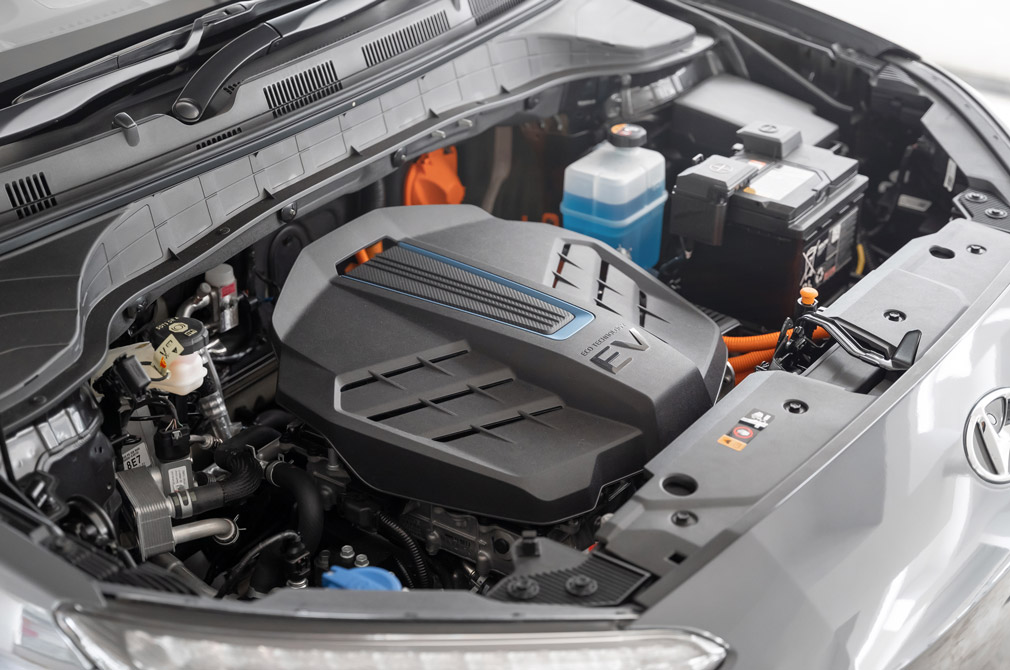 If you want greater performance, there’s a long-range Kona Electric with a 64kWh battery, which can cover 484km. It also boasts a quicker 0-100km/h time of 7.6 seconds.

First-time EV drivers will have to get the hang of regenerative braking, which is when the electric motor switches from propelling the vehicle to charging the battery.

There are three levels of regenerative braking, with the first being the weakest and the third being the strongest. You adjust the levels via the paddle shifters – left to increase, right to decrease.

It sounds counterintuitive at first, but since “-” is the left paddle, you pull it to slow the car down. Pulling the “+” or right paddle speeds the car up by reducing the regenerative braking strength.

Level 2 is adequate for most scenarios, as it helps the Kona Electric slow down progressively. Level 1 is too light, while level 3 is too abrupt for my liking. 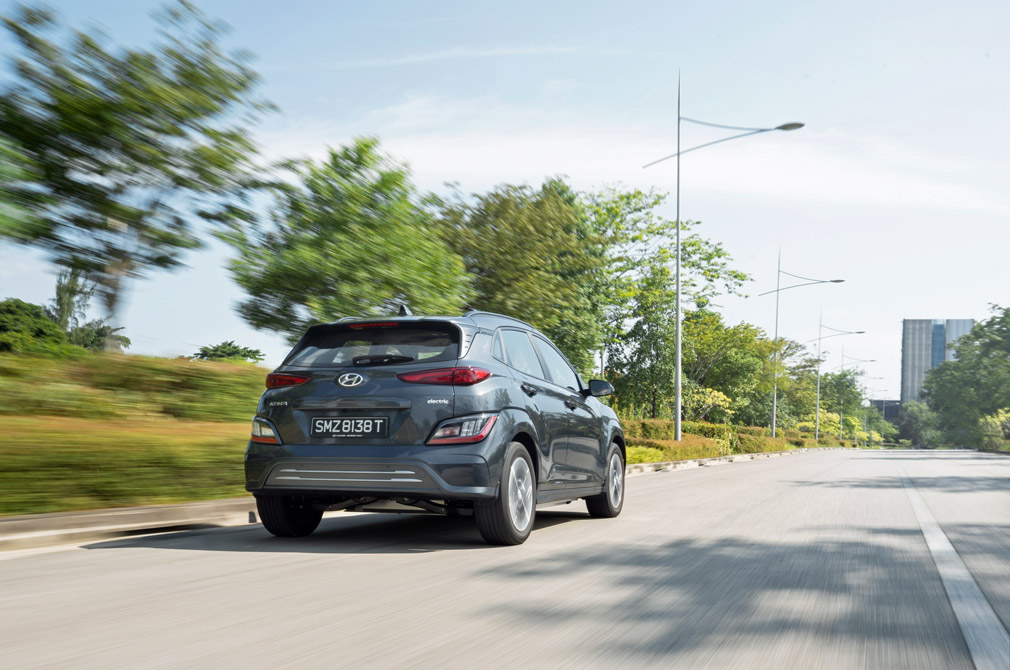 Hyundai has retuned the Kona Electric’s suspension, which has supposedly resulted in a stiffer ride. While not soft, the Kona’s damping remains pliant enough to deal with pockmarked surfaces and speed bumps without upsetting occupants.

As for handling, the Kona Electric is easy to manoeuvre on account of its size. Measuring 4205mm from end to end, it feels like a taller compact hatchback that’s ideal for city driving.

The enhanced safety features are the most significant part of the Kona Electric’s update, way more so than the sleeker exterior design.

Will the latest Kona Electric convince fence-sitters to get an EV?

Frankly, no. Drivers who like the idea of an EV but are still concerned about range, charging, and generally having to change their lifestyle to fit a new car will not opt for one.

However, I see the Kona Electric appealing to those who have already decided to go electric.

If you’re a first-time EV buyer, knowing that the Kona Electric is safe, user-friendly and is covered by warranties should make you feel more secure about taking the plunge. 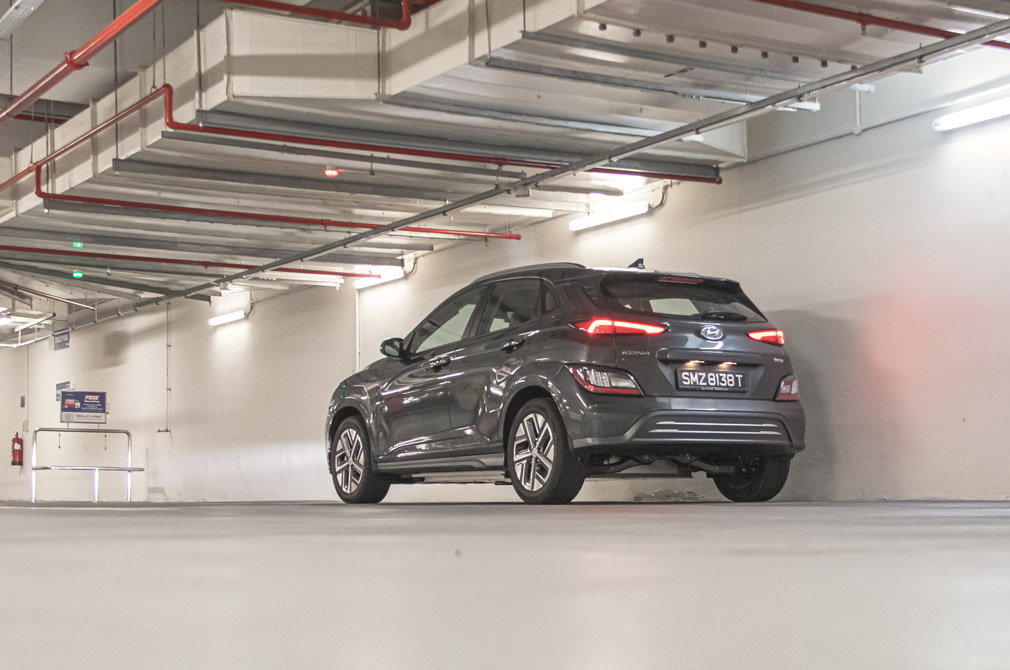