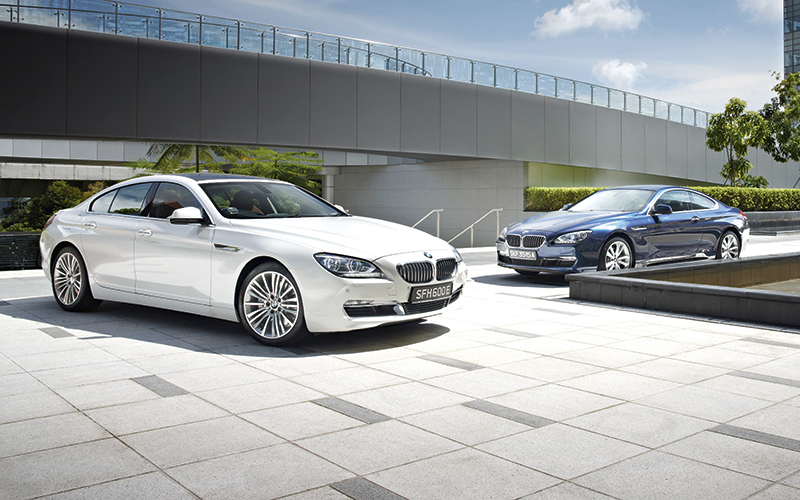 Two more doors and just over 11cm of extra length – distil all the marketing hype and, in essence, that is the difference between BMW’s 640i Coupe and its new Gran Coupe sibling. Everything else about the two cars is identical, yet somehow the Gran Coupe inhabits a markedly different space in the automotive universe.

To my eyes, the “original” 6 Series underwhelms slightly in the style stakes – it lacks its predecessor’s adventurous (and opinion-splitting) looks and isn’t quite love-at-first-sight pretty, which a coupe in this price range absolutely needs to be. The purchase of a two-door is obviously a more emotional decision than buying a saloon, so unless customers are whipping out their chequebooks as soon as they set eyes on the car, it’s an uphill task.

And yet, despite being nothing but a longer version of the 6 Series coupe, the Gran Coupe oozes sporting intent. Paradoxically, the fact that it has four doors probably helps – you end up mentally judging it against other saloons, where the aesthetic competition is somewhat less stiff. Its elongated roofline and stretched cabin also set off that long nose and stubby tail better than the coupe’s shorter glasshouse. 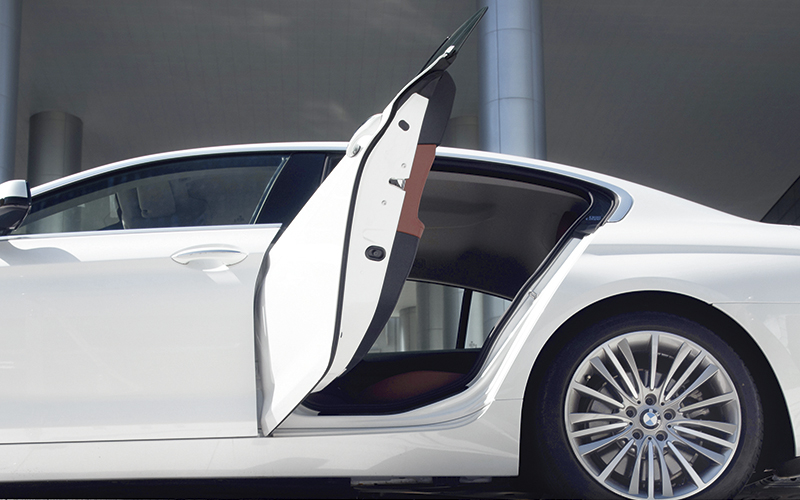 Size-wise, the donor coupe is already a substantial car at almost 4.9m, but with its extra 113mm, the Gran Coupe goes just over 5m – almost as long as the 7 Series flagship and trumping its Mercedes CLS, Audi A7 and Porsche Panamera rivals by 40-70mm.

Do the two Sixers feel any different inside, then? Certainly not from the driver’s seat. You face an identical dashboard in either vehicle, with the seating position and controls being exactly the same. Which is no complaint, because the 6 Series has possibly the best-looking fascia of any BMW today – elegantly low in profile, effortlessly stylish and finished in top-notch materials.

The difference between the two cars is, of course, in the rear. Their front and rear overhangs are identical, so all the Gran Coupe’s “grander” body length has gone into a longer wheelbase, to the benefit of rear cabin room.

Where the coupe is strictly a 2+2, the Gran Coupe has proper rear seats, although it’s more of a four-seater than a five-seater – the centre console extends from the fascia all the way back to the rear seat squab, so any centre occupant in the back will have to sit with legs splayed uncomfortably either side of the fat console. To be fair, the BMW marketers themselves describe the Gran Coupe as a “4+1”, but quite why they chose to compromise the cabin in this manner is hard to fathom.

In any case, the other two rear occupants are much better catered for. The rear seat is sculpted for two and heavily bolstered to hold you in place during hard cornering, while the plush materials, low-slung roofline and relatively small side windows impart a sense of cosy well-being.

Feel-good it may be, but space-wise it’s not generous at the back. Kneeroom feels akin to that of, say, a 3 Series saloon, while footroom is sacrificed to the low-set front seats. Headroom is adequate for a six-footer, but anyone taller will find his head on intimate terms with the rooflining. The CLS, A7 and Panamera all edge the Gran Coupe marginally on this front.

Boot space in both Sixers is identical at a decent 460 litres. The Gran Coupe, however, benefits from split-folding rear seats, in the event you really need to use your luxury four-seater to haul loads. The absence of a self-closing function for the Gran Coupe’s boot is a surprising omission, though. 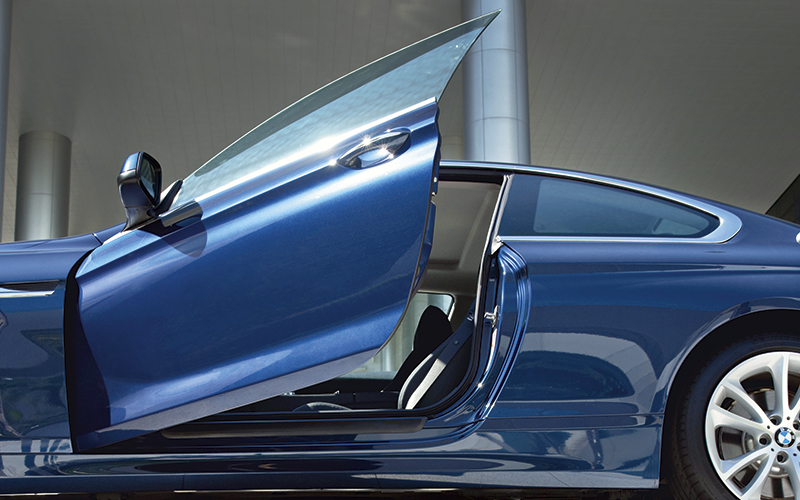 Both cars are near-identical to drive. BMW’s familiar 3-litre “TwinPower” turbo straight-6 is its usual free-spinning, muscular self, belting out 320bhp in this guise through the equally familiar 8-speed autobox with paddle-shifters. Although the Gran Coupe is 90kg heavier than the Coupe (at a fairly hefty 1825kg), this doesn’t seem to blunt acceleration at all – zero to 100km/h is quoted at 5.4 seconds for both cars, with their top speed limited to 250km/h. The Gran Coupe does lag slightly in the economy stakes, its consumption figures a tad worse than the Coupe’s.

Both cars handle fluidly and ride well, striking a good compromise between body control and bump compliance. You’ll need to be really pushing quite hard to feel any dynamic difference between the two, but it does exist. Neither car is sports car nimble, but the Coupe turns in a touch more keenly and feels just that little bit more lithe. The difference is marginal, and in all likelihood down to the Gran Coupe’s longer wheelbase and greater weight. The Gran Coupe noses ahead in refinement, though. At speed, both cars are well insulated, but the Gran Coupe’s cabin is just that bit more hushed. 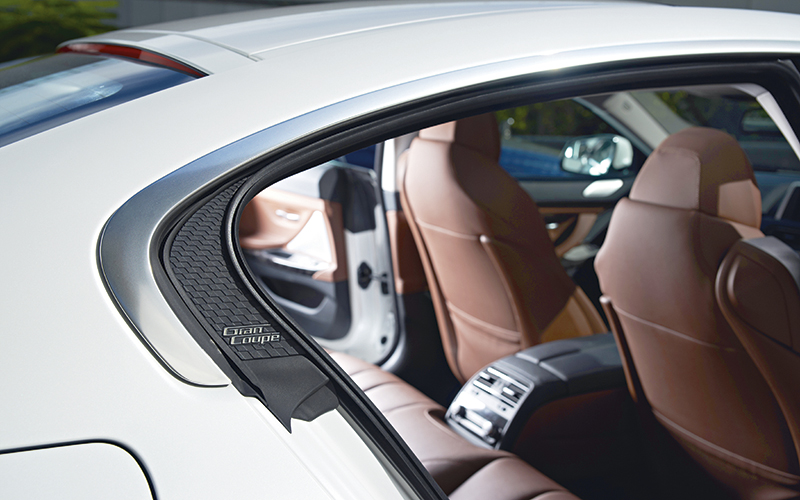 Given the 640i Gran Coupe’s added presence, space and versatility, the $5k premium it costs over the 640i Coupe makes it look like a bit of a bargain. Until you realise that the equivalent CLS350 and A7 3.0 cost significantly less. Even the base-spec Panamera 3.6 is slightly cheaper.

But in truth, all this probably matters little to the potential Gran Coupe buyer. What is likely to be most important is that it’s the newest and arguably the best-looking of the German “low limos”. Style is the raison d’etre of such cars, and style is the 6 Series Gran Coupe’s middle name.