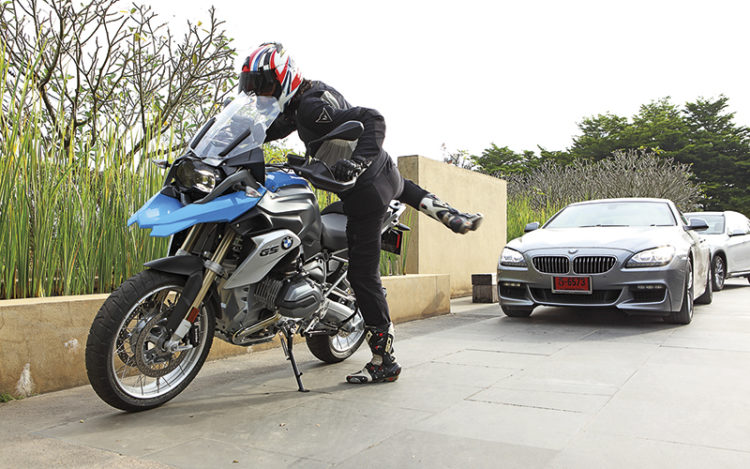 Both these Bimmers ran rapidly on this 500km road trip, but the Gran Coupe was the far more comfortable cruiser.

Wearing a red shirt probably wasn’t the best of ideas. After landing in Bangkok, I was politely reminded of the country’s political situation by my travelling companion and hurriedly changed into a different top faster than you could say “Suvarnabhumi Airport”. I certainly had no plans to get involved in any power struggle as I had my very own shootout to handle.

If you’re a fan of cars and bikes, like me, choosing between a four-wheeler and a two-wheeler is a bit like choosing between your children – painfully difficult. Back in our April 2012 issue, we pitted a BMW M5 against its motorbike sibling, the K1300S, and came away none the wiser. Both vehicles appealed to me differently – the car astonished with its physics-bending ability, while the bike thrilled with its sheer speed and excitement.

This story, then, is round two of this age-old rivalry. And it took place in the Land of Smiles.

This time, the tools in question would be the BMW 640i Gran Coupe (GC) and the BMW R1200 GS, and the route would take us from the heart of Bangkok to Khai Yai National Park and back, covering a distance of some 500km.

As much as I relished the idea of a ride-and-drive road trip, Bangkok’s reputation for serious traffic congestion, unforgiving roads and motorists’ devil-may-care attitude – plus the fact that I was a virgin driver there – was enough to quell my excitement ever so slightly. 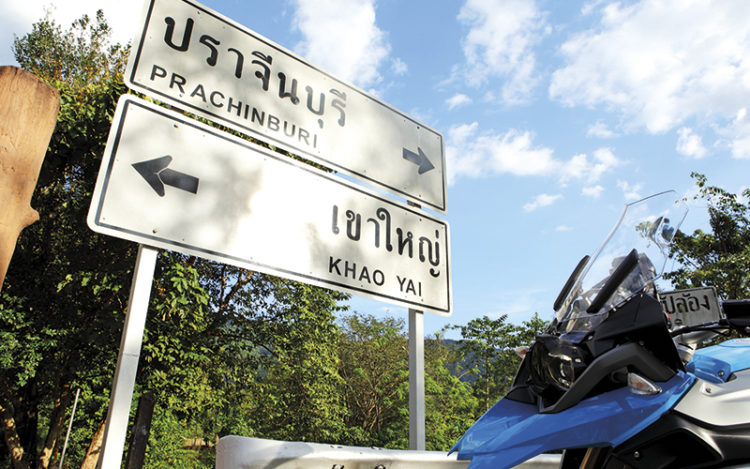 I was assigned the bike for the first leg – luckily. Piloting the 5m long, almost 2m wide Gran Coupe through Bangkok’s notorious gridlock was the last thing I wanted to do. That unenviable task would fall on another journo and our “local guide”, Thai native Seth from BMW Asia.

With the GC and the GS forced to stick together (only the car had a navigation system), the traffic crawl was surprisingly pleasant. Sure, it was slow-moving, but at least other drivers were considerate enough to give way when we needed them to (unlike in Singapore, where every gap is quickly closed at the sight of a blinking turn signal). Admittedly, this could be due to the two rare machines that made up our little “Siamese” convoy.

Unlike most of the BMW passenger car range in Thailand, the 640i GC isn’t assembled there, which means it commands a substantial “import” premium. While the GC is handsome, it’s no match for the sheer magnetism of the GS. The annoyance of constantly yelling “Me no speak Thai!” to motorists who drive/ride alongside with questions about the bike is only matched by the endless photo requests during stops. Seeing a big motorcycle, let alone one with BMW badges, is an occasion in these rural areas, with curious locals taking to the two-wheeler like they take to tom yum soup.

The latest version of BMW’s best-selling adventure bike boasts liquid cooling, a first in the model’s history. Not only is the R1200 GS significantly slicker and livelier than before, its improved ergonomics and new features (including semi-active suspension) mean greater refinement and more comfort than ever, whether on-road or off-road. Think of it as a two-wheeled German Range Rover. 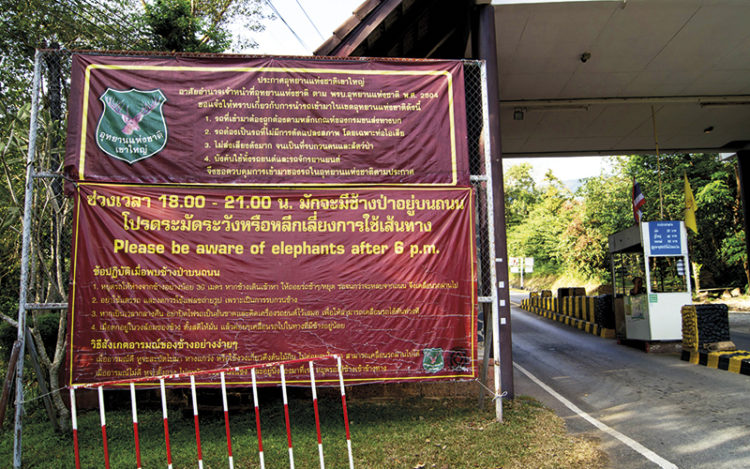