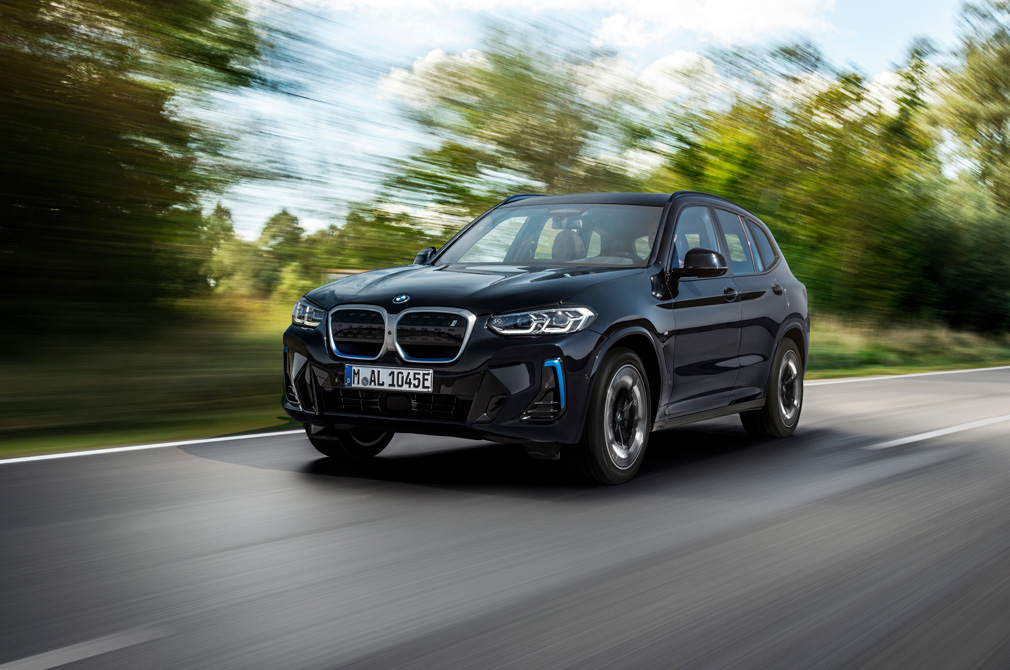 The BMW iX3 is the most compelling X3 model you can buy today thanks to its impressive performance, equipment, and versatility.

The first pure-electric passenger car Singaporeans could buy off the showroom floor was the BMW i3 in 2014. Fast forward to 2021 and the BMW iX3 makes its debut as the brand’s first fully electric BMW X model.

Has the wait been worth it? And apart from enthusiasts, what does the iX3 have to offer eco-conscious drivers and regular motorists?

The iX3 is the pure electric version of the X3. Unlike the unique and standalone i3, the iX3 resembles the X3. It shares much of its body, interior and suspension with its stablemates.

Its addition to the X3 range means buyers in Singapore can now choose from three different powertrains – electric, petrol and plug-in hybrid (PHEV). 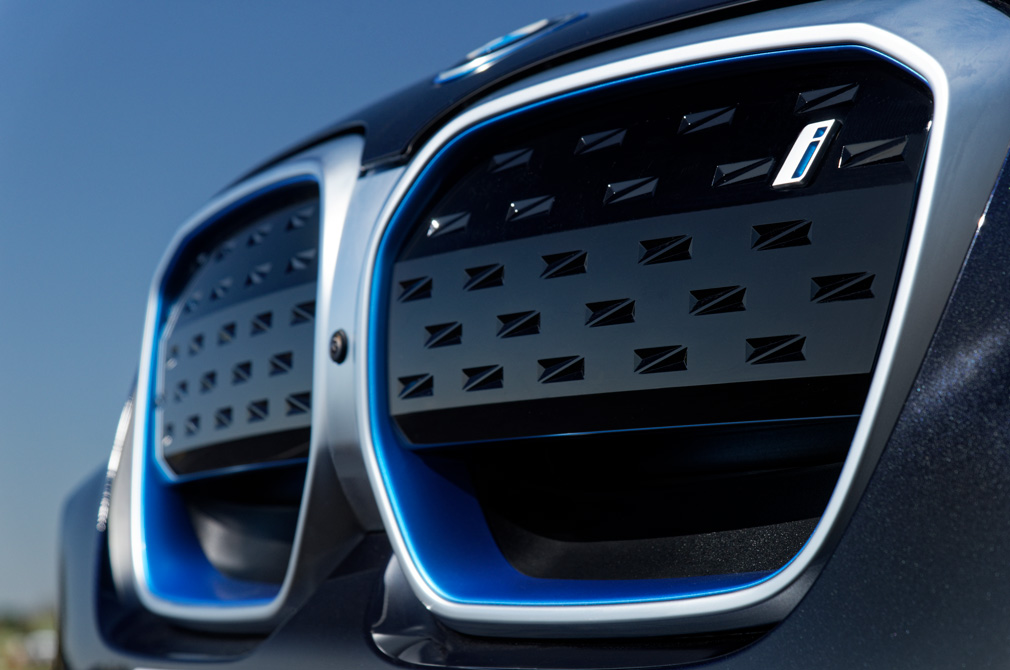 The iX3 looks distinctive, though. Immediately noticeable are the black and silver 19-inch alloy wheels that are exclusive to this model. These lightweight rims actually reduce drag, increasing the car’s range by 10 kilometres.

Also enhancing the model’s aerodynamics are the largely closed off grille and front bumper. The rear end has also been optimised to lessen air resistance.

Completing the BMW i-specific styling are the striking metallic blue accents on the grille, bumpers and rocker panels. 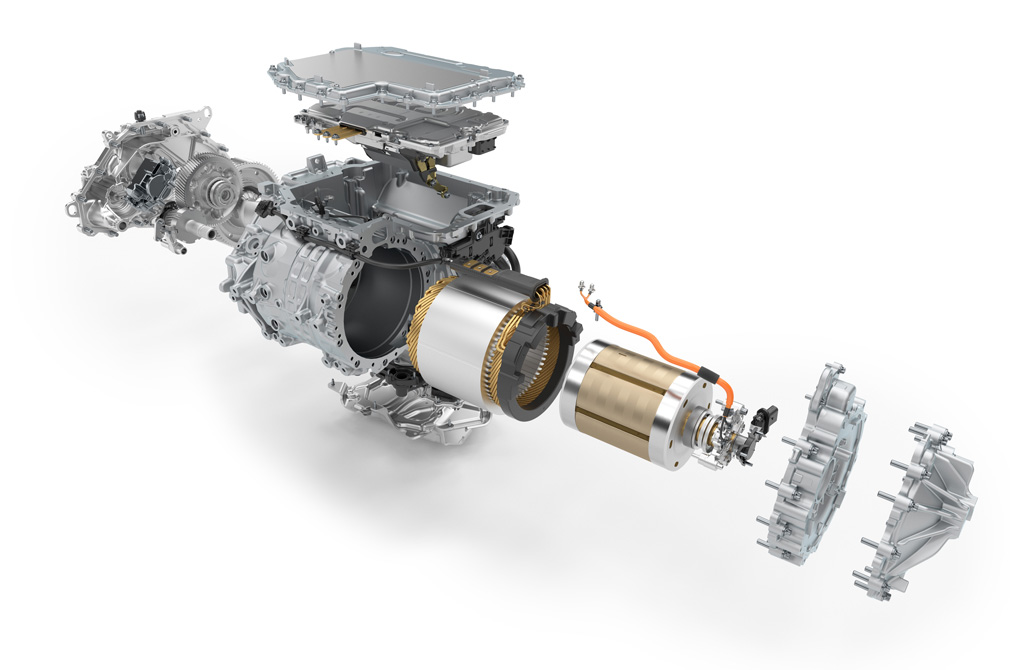 Fifth-generation eDrive has all major drive components housed as a single unit, and no rare earth metals have been used to make the electric motor.

The iX3 is the first BMW equipped with the brand’s fifth-generation eDrive powertrain.

Unlike in the preceding generations, all the main drive system components – electric motor, high-voltage power controls and the single-ratio reduction gearbox – are integrated into a compact housing.

This saves space, reduces weight and further enhances the iX3’s efficiency. The forthcoming iX and i4 models will be equipped with the same eDrive technology, albeit in different sizes.

The electrical energy is supplied via the power control unit to a BMW-developed and built synchronous motor.

The unit was engineered with sustainability in mind. The electric motor does not have permanent magnets because of BMW’s long-term aim to eradicate the use of rare earth materials.

Instead, the eDrive’s motor is an Electrically Excited Synchronous one – its magnetic flux is created by a separate electrical supply. It does not require the use of neodymium or cobalt. Neodymium and cobalt have to be mined. Because mining can cause deforestation and pollution, not using these rare earth materials helps the environment.

The iX3 is rear-wheel-drive only, like a classic sports car. With fewer electrical and mechanical components, the iX3 is lighter than other four-wheel-drive electric SUVs currently offered by rival manufacturers.

For the eco-minded, fewer components and a lighter weight result in better efficiency – the iX3 can be driven for longer before it needs to be recharged.

And for regular drivers, the iX3 offers the typical BMW characteristics – it is driver-oriented, agile and powerful. If you have yet to experience a BMW, this is a great place to start.

The iX3’s electric motor provides 286hp and 400Nm. Its power delivery is both immediate and linear, and turbine-like in its smoothness. 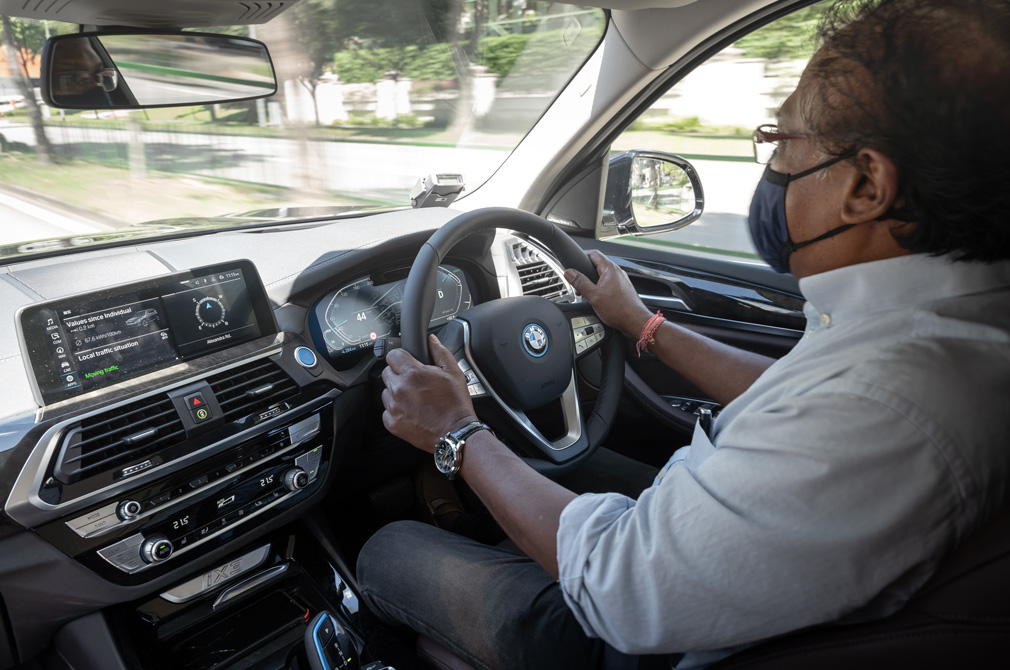 You can’t see it, but mechanical engineer Shreejit Changaroth is grinning from ear-to-ear.

Accessing this performance requires no special launch mode or drag-race procedure. Plus, with no gearchanges required, the seamless EV characteristic as always, becomes a little addictive. One can never tire of the instant acceleration.

Century sprint times aside, the iX3 stands above the established crowd when it comes to the driving experience.

Its steering feel and response are first-class and there is never a hint that it weighs nearly 2.2 tonnes. It has a nimbleness that will appeal to the enthusiastic driver.

If performance is not your thing, you’ll appreciate the iX3’s level of refinement. Electric motors are inherently quiet machines, so any other noises tend to become more obvious.

BMW has paid special attention to this and isolated the passenger cabin from external noise intrusions, such as from the road surface, wind and passing traffic. 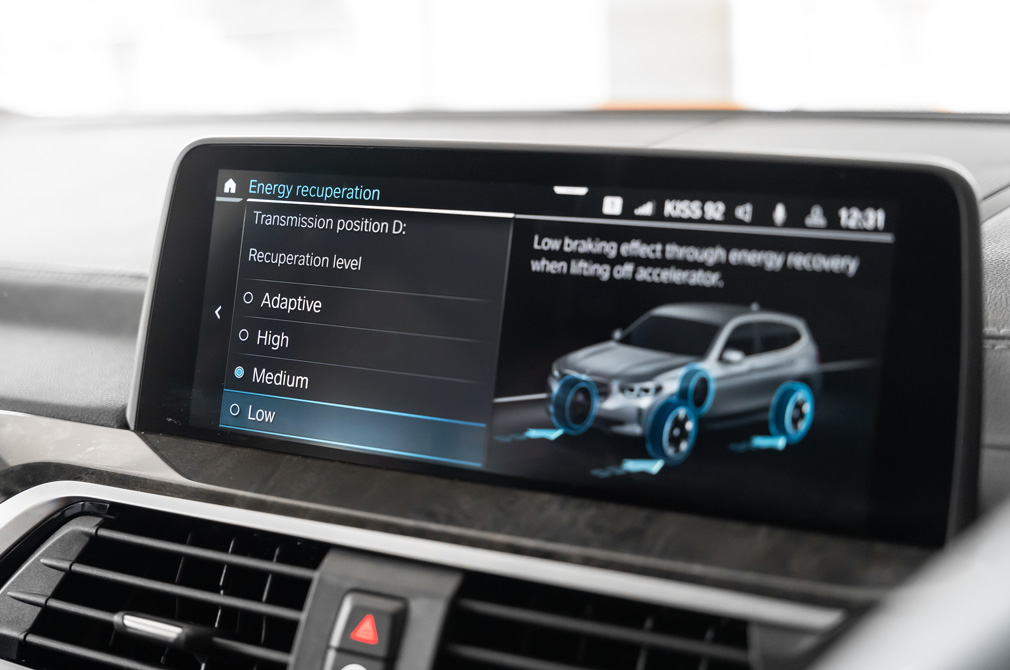 The driver can choose from four different recuperation levels.

A new driving mode called Adaptive Recuperation is introduced in the iX3. The function detects junctions and cars that are slowing down or braking in front of the iX3, and modulates the regenerative control accordingly.

So, if the car in front of the iX3 slows down rapidly, the system will engage maximum recuperation, which results in a high degree of “engine braking” and energy recovery.

Adaptive Recuperation makes highly efficient use of the battery and is one of the reasons for the iX3’s impressive range on a full charge.

READY TO GO THE DISTANCE

The iX3’s battery, which has a net capacity of 74kWh, is mounted in the chassis below the cabin floor. This ensures that it does not encroach on cabin space. And since weight is concentrated there, the lower centre of gravity benefits handling, too.

The latest lithium-ion battery pack has the highest energy density compared with all previous units used in the i3 or the hybrid BMWs. Apart from providing more power, a higher energy density improves range, too. 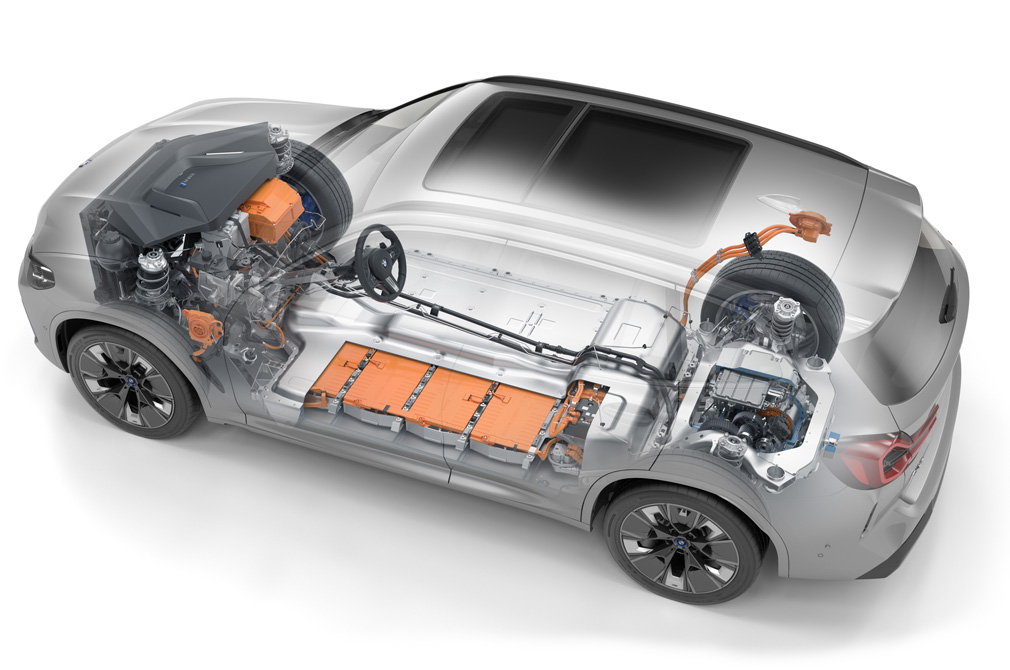 On average, energy consumption is 19.4kWh per 100km. Even if you prefer to maintain at least 10% charge before recharging, you could still drive over 350km.

Faster charging is also possible. Though 150kW DC chargers aren’t available in Singapore yet, plugging the iX3 into one will charge the battery from 10% to 80% in 32 minutes and give you an additional range of around 368km. 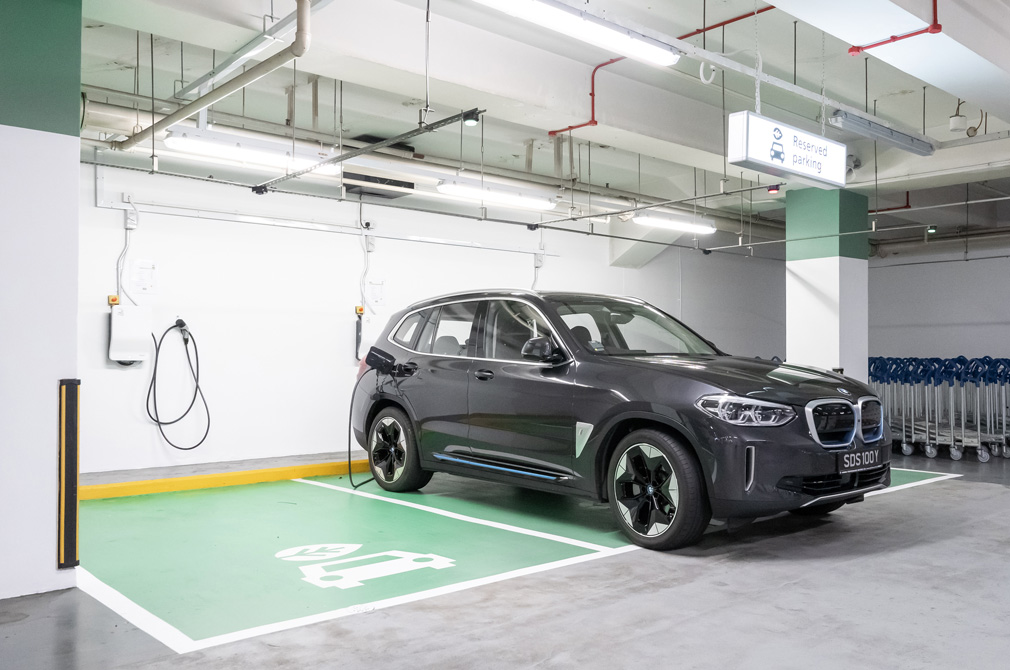 With even more charging points coming online, the iX3 ownership experience will become even more seamless.

The iX3 is the right car for many drivers and most lifestyles, with a body style offering both space and versatility. At the same time, it offers performance in spades, zero tailpipe emissions, and a realistic range that will give you peace of mind.

Whether you’re a petrolhead, eco-conscious driver or someone who wants a car that can do it all, the iX3 has you covered. As the most advanced and well-equipped X3 model, it offers tremendous value and is an irresistible proposition.

Indeed, the iX3 is truly the hero of the X3 range. 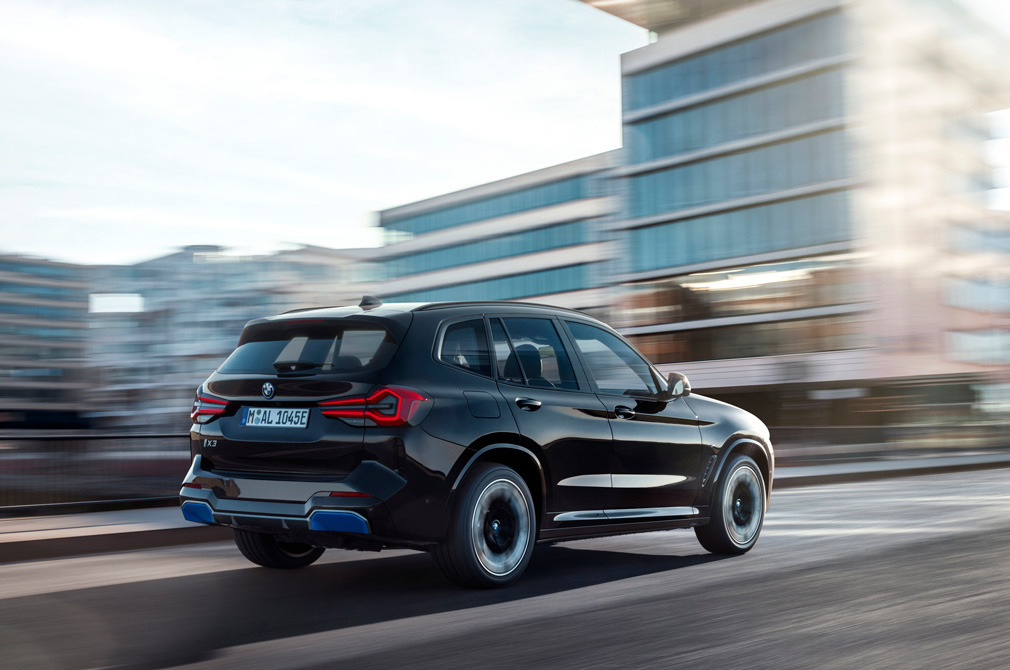 Read our first drive of the BMW iX3 here