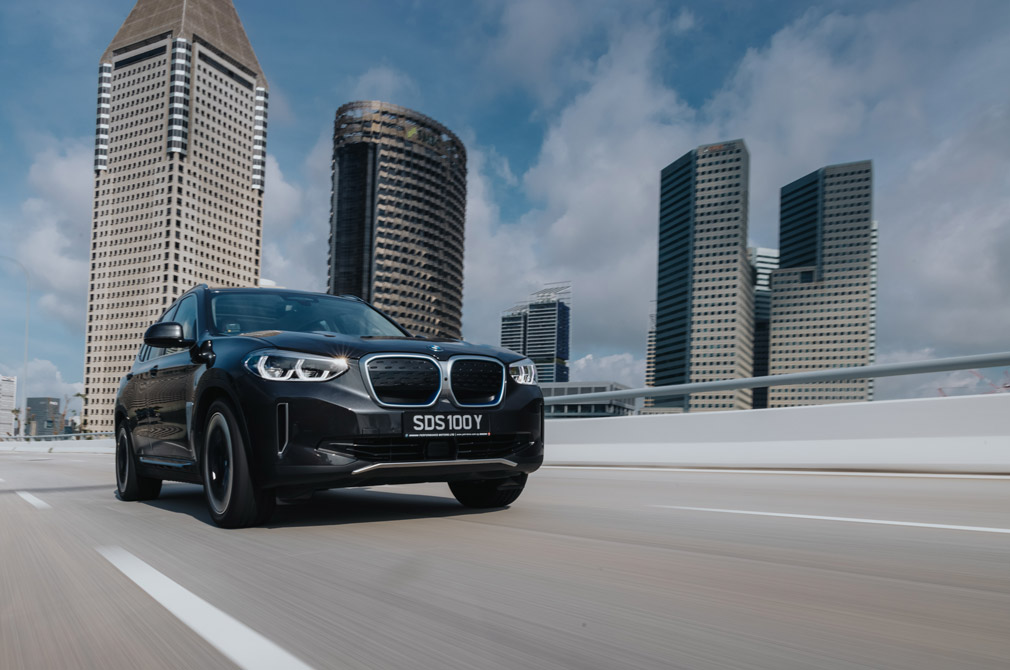 BMW’s current X3 is by all accounts, a roomy and comfortable SUV. With its advanced infotainment and driver assistance systems, it’s pretty high-tech, too.

But if you wanted a high-performance X3, you’d have to look at the X3 M or at least the X3 M40i model.

That’s because the current X3 is not as sporty as its predecessor. In xDrive35i form, that older model felt like a rear-wheel-drive hatchback. So communicative was its chassis that it could even indicate when the rear end was about to break loose.

A cushy X3 is not a bad thing, though. On the contrary, this is what the majority of SUV buyers are after. But for a driver who hankers after an SUV with sporty handling, he or she will not find it within the regular X3 range.

Well, that was until the BMW iX3 arrived. 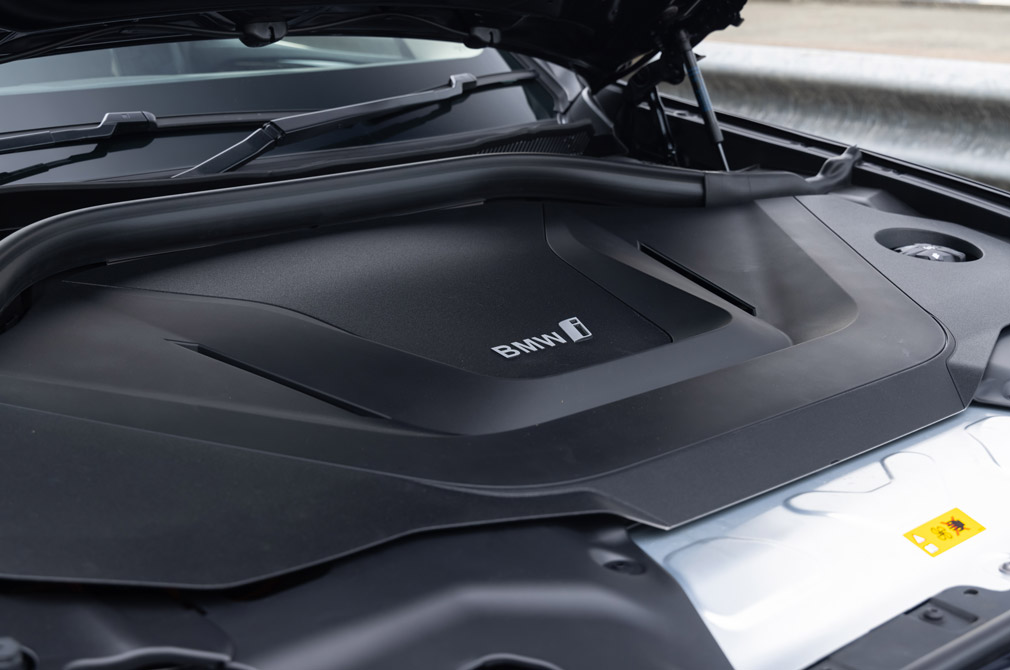 The iX3 is essentially an X3 with an electric powertrain. Its availability means buyers can now choose between internal combustion, plug-in hybrid and pure electric drivetrains.

The iX3’s powertrain – which BMW calls eDrive – is in its fifth generation. It is smaller than its predecessors because the motor, power electronics and transmission are now all in a single housing.

That means even better efficiency. Better still, the electric motor does not utilise any magnets, so it does not require rare earth materials to produce. The entire powertrain also uses two-thirds less cobalt than before.

More importantly, the batteries have a gravimetric energy density that is 20 percent higher than the older batteries used by BMW electric vehicles.

An electric drivetrain is also more refined than an internal combustion motor. It is smoother and quieter, which are characteristics befitting a luxury car. LIGHT ON ITS FEET

This is the most striking bit about the iX3 – it is the nimblest of the regular X3 models. With instantaneous torque, there is very little inertia in this car, which says a lot considering its 2260kg kerb weight.

But dab the accelerator pedal and the iX3 glides forward with ease. It would have been eerily-silent, too, if not for the IconicSoundsElectric soundtrack created in collaboration with Hans Zimmer.

Most electric cars are known for propelling you with big, sudden surges of energy. But the iX3’s power delivery felt very linear, almost as if the electric motor was tuned to respond like a naturally aspirated engine.

Nail the accelerator, though, and you’ll summon all 282hp (286PS) and 400Nm to the fore. Yes, the torque is addictive, but even here, it does not feel like the car has catapulted you into hyperspace in a matter of seconds. 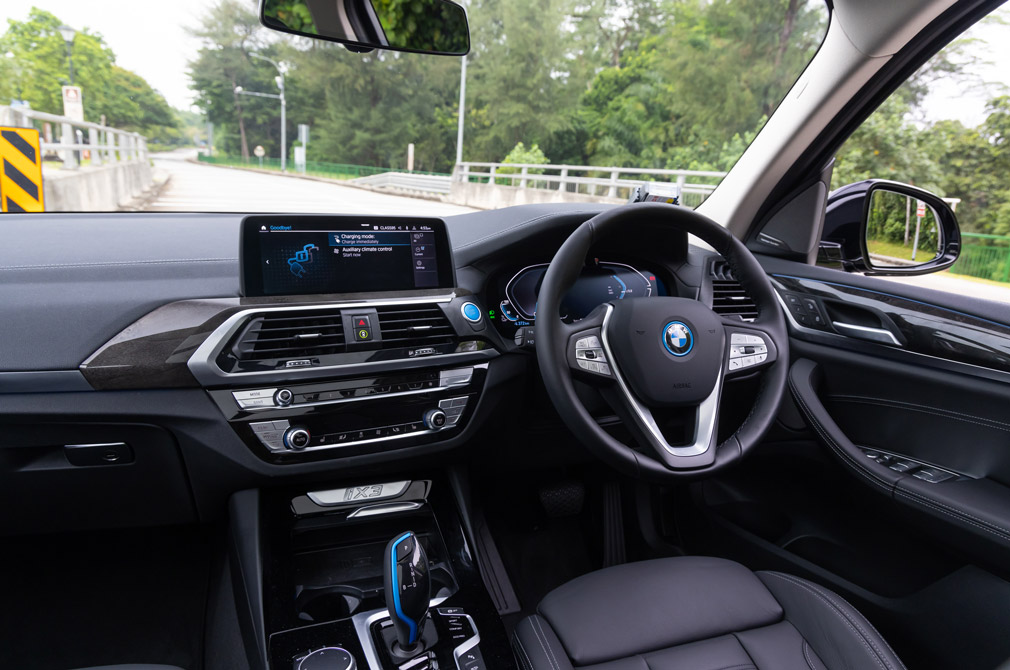 That said, this sort of performance is actually better, especially if it’s a first-time EV owner behind the wheel.

In terms of handling, the iX3 tends to lean because of its height. But considering its size and heft, it is agile. And with rear-wheel-drive, it is tempting to keep chucking it into corners.

Ride quality is relatively good, with the pliant dampers complementing the quietness of the cabin and drivetrain. Switch off the radio or turn down your music volume and driving this SUV becomes a very relaxed affair. 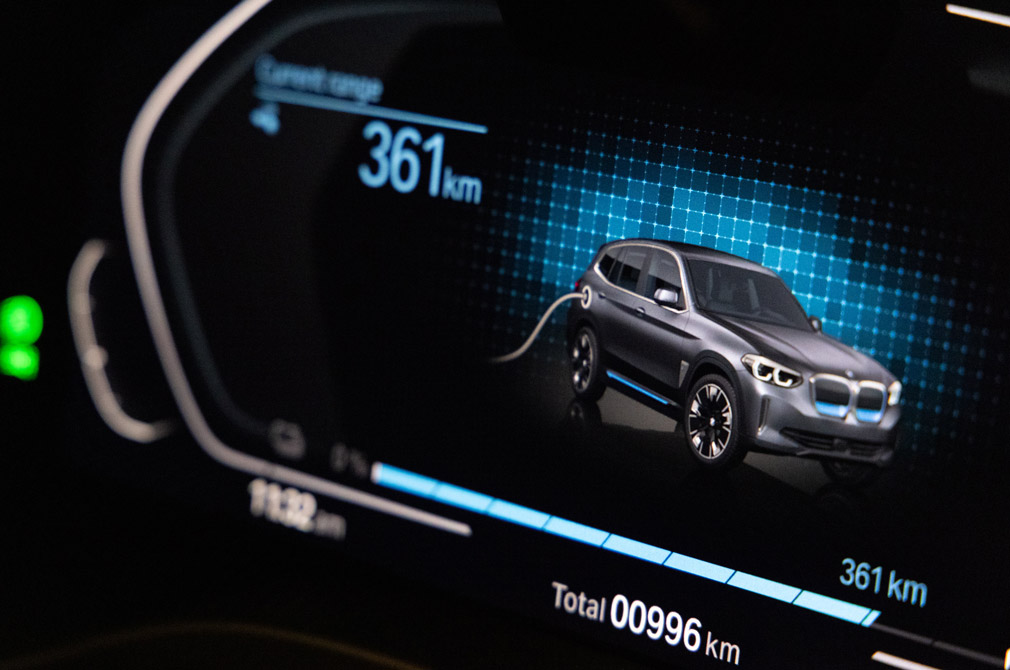 Speaking of relaxing, range anxiety is something you should not feel here. With its 74kWh (net) battery capacity, the BMW iX3 can cover up to 459km (WLTP) per full charge.

Of course, how quickly you deplete the batteries depends on various factors, the biggest of which are your driving style and road conditions.

Now, you can’t control the latter, but you can certainly make an effort with the former. Helping you in this regard is the BMW iX3’s Adaptive Recuperation, which uses artificial intelligence to determine when the car should coast and when the regenerative braking should kick in.

For instance, if the road ahead is clear, lifting off the accelerator will result in the vehicle coasting. But if there is a vehicle in front or the traffic light at the upcoming junction turns red, regenerative braking will be employed to slow the car down and recapture energy. 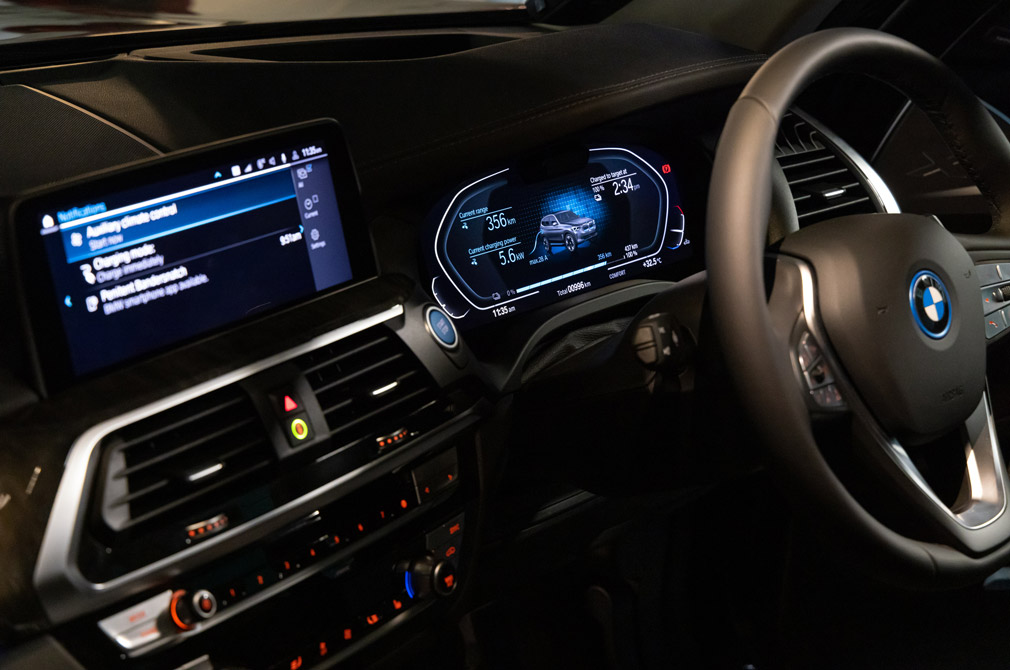 A short afternoon drive showed that while Adaptive Recuperation works, it is not as consistent as expected. Most of the time, it preferred to let the iX3 coast. Even when approaching traffic, the car coasted a tad longer than I wanted before the regenerative brakes began to bite.

Based on initial impressions, I would probably set the regeneration level to either “low” or “medium” and use the throttle pedal to modulate speed/braking. I found the “high” setting too strong for my liking.

That said, BMW claims that Adaptive Recuperation is responsible for 25 percent of the energy needed to achieve the stated WLTP range. Perhaps a longer drive would give the system more time to adapt to my driving style. 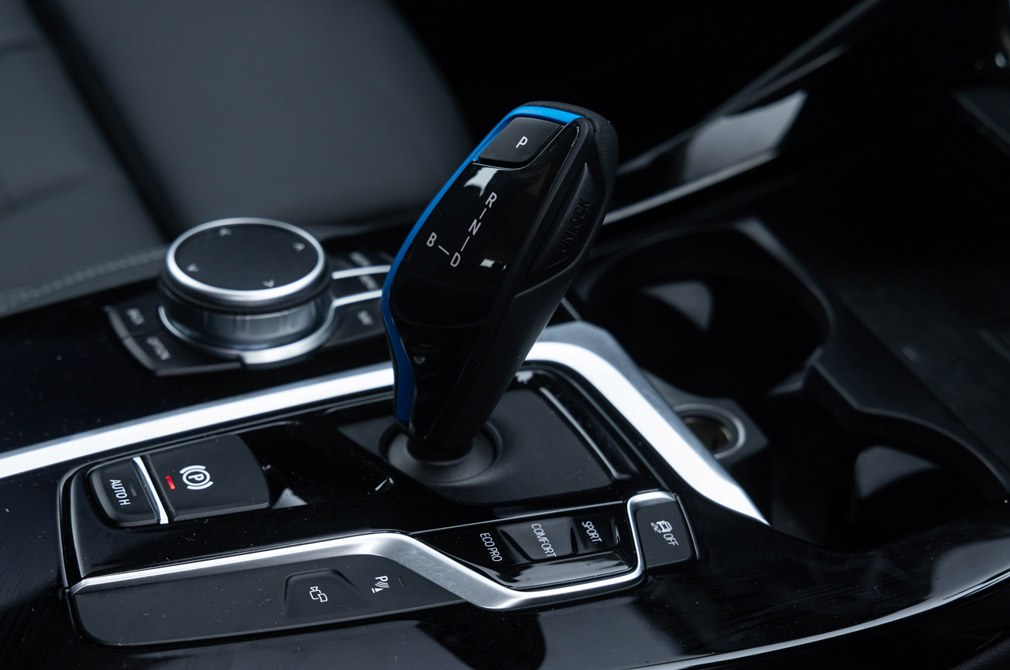 Speaking of style, the blue accents on the iX3 might work for dark colours, but I’m not sure they would go with say, red paintwork.

A fellow journalist also commented that the interior “looked dated”. But upon reflection, I did not think it looked old. Instead, I thought the cockpit could look more futuristic.

After all, the fifth-gen eDrive is advanced stuff. So, the gearshift lever (even if it is all electronic), could have been replaced by something more space-saving. After all, other brands are replacing these things with buttons or tabs.

Minor complaints aside, the BMW iX3 is a strong argument in favour of electric propulsion. It drives better and is more refined than its petrol-driven and plug-in hybrid siblings. Its range is practical, too.

How’s that for enticing?