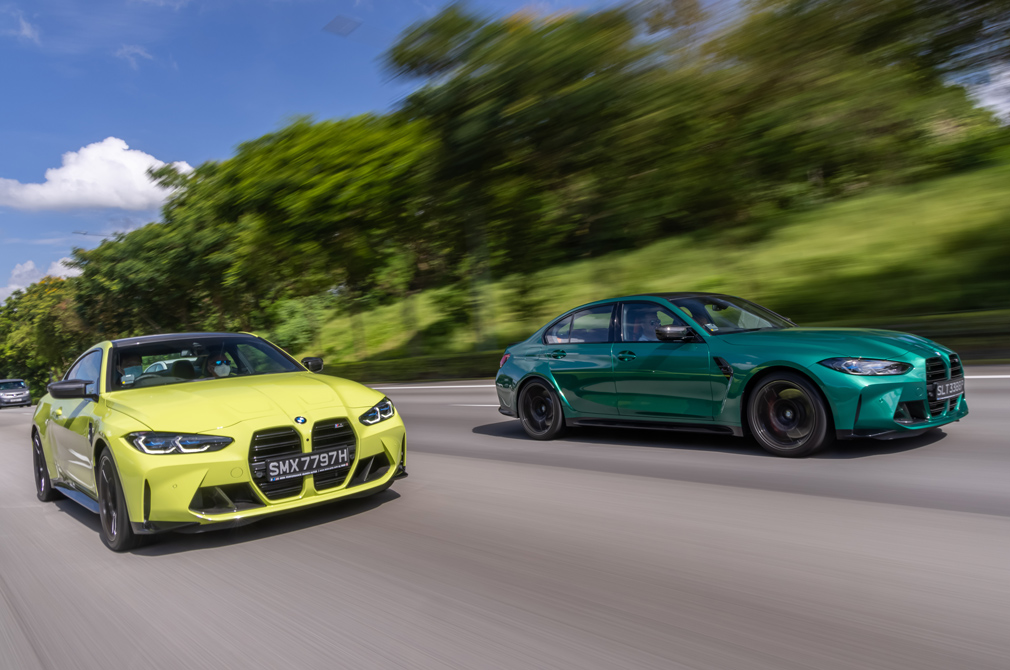 Fast, four-door practicality is a want and need, says Idris…

You might think that because of my age (I am 28), my choice would be the BMW M4 Competition. But I’m actually keener on the M3 Competition.

I have always been smitten by the idea of a super-fast sedan. And the BMW M3 is the pinnacle of high-performance sedans in my book.

Mind you, the M3 is far from understated in terms of design. Yet, this four-door used to hide all its performance capabilities in a 3 Series suit.

Previously, only a keen eye could spot the differences. Which meant you could have supercar-destroying abilities without shouting about it.

The new M3 Competition, on the other hand, is bolder and more flamboyant. Its new kidney grilles took a bit of getting used to, but they actually work pretty well. 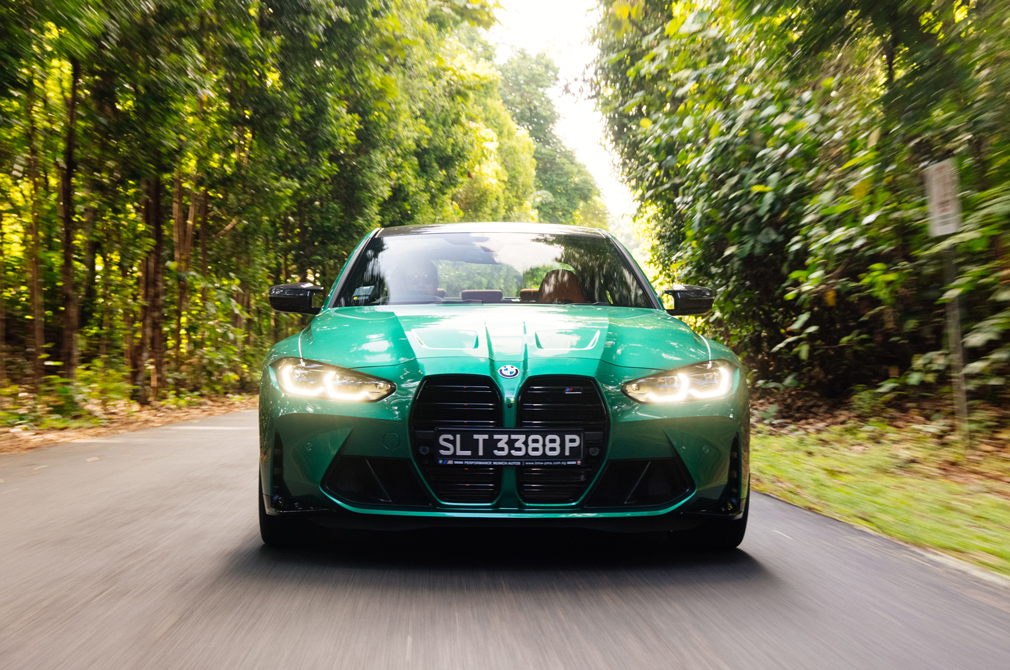 Along with those blistered wheel arches, the M3 Competition looks very different from its Teutonic competitors. It is muscular, hunkered down and ready to pounce at the command of your right foot.

And boy can it pounce. The 503hp and 650Nm of torque from its twin-turbocharged 3-litre straight-6 might sound like a handful for the rear wheels, but the car handles everything like a champ.

This is thanks in part to the new M differential, which delivers power quickly and effectively to provide better turn-in and grip.

You’ll never doubt the M3’s corner-carving abilities when you do push it.

I know for a fact that its two-door sibling somehow feels a tad more precise at the limit. But I would rather have the Isle of Man Green Metallic M3 over the Sao Paulo Yellow M4 – which I heard is Jeremy’s favourite. 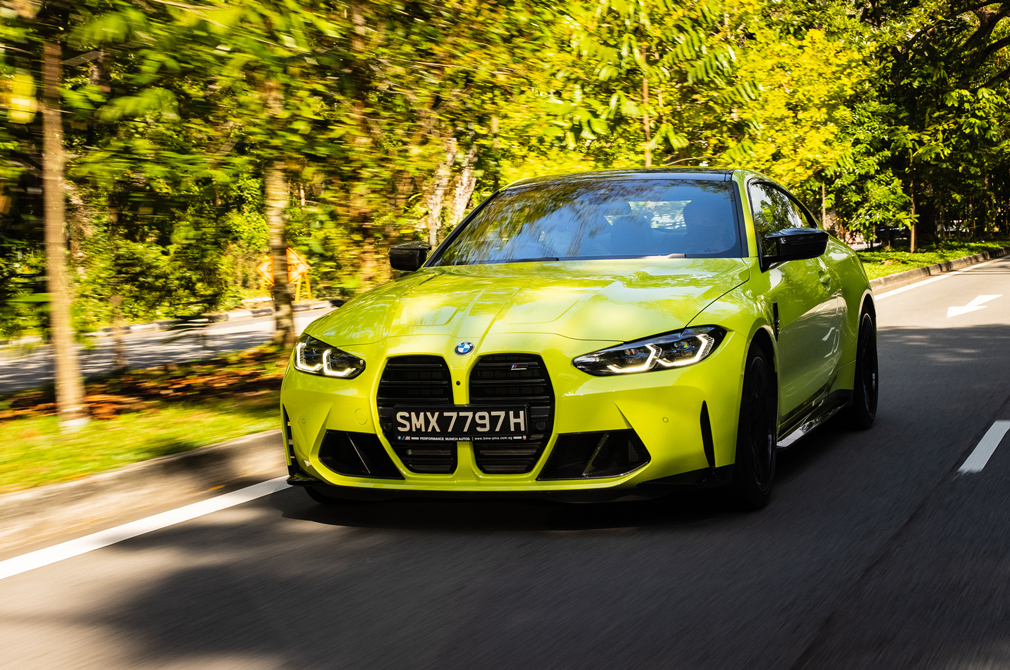 Since I am older (41) than my colleague, you might expect me to opt for the more “sensible” M3 Competition instead of the M4. As Idris mentioned, it gives you everyday usability with no compromise in performance.

But after having driven both cars, I cannot help but pick the M4 over the M3, for it is just too good to resist.

My first drive felt more like a first dance with a partner who was willing to be lead. Like the M3, the M4 is also powered by a twin-turbocharged 3-litre inline-6 that kicks out 503hp and 650Nm. 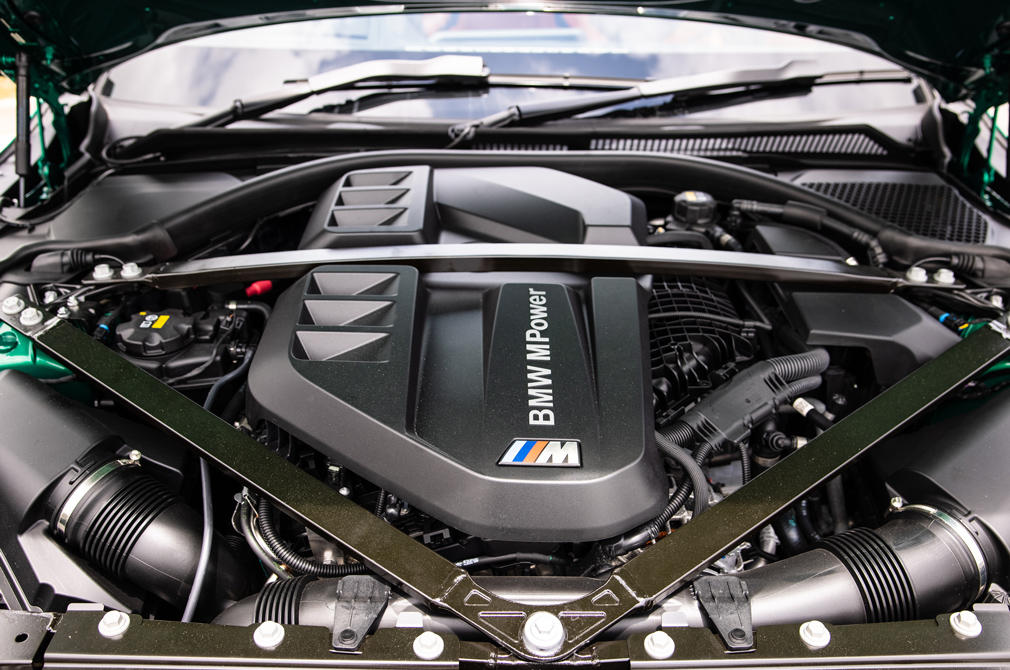 Twin-turbocharged 3-litre inline-6 delivers a 0-100km/h time of 3.9 seconds in both cars and sounds pretty good, too.

But here, the output feels more palpable than in the M3. Though both cars demolish the century sprint in 3.9 seconds, the M4 feels more willing than its sibling.

It is this eagerness to rev, corner and play that endears the M4 to me. If I want it to twirl, it twirls. If I push it harder, it grips and goes. I can only imagine how much more it will give on a racetrack.

That said, the M4 is pretty good around town, too. Even with the settings dialled up, it remains pliant enough for daily use. I do not mind the limited space either.

But the M3 Competition is different. Though just as dynamic and capable, there is a slight hesitation in how it performs. It only reveals its abilities in response to a more demanding driving style.

To me, a high-performance car should always be ready to rock, or in this case, dance. And that is what makes the M4 Competition more awesome than its sibling. 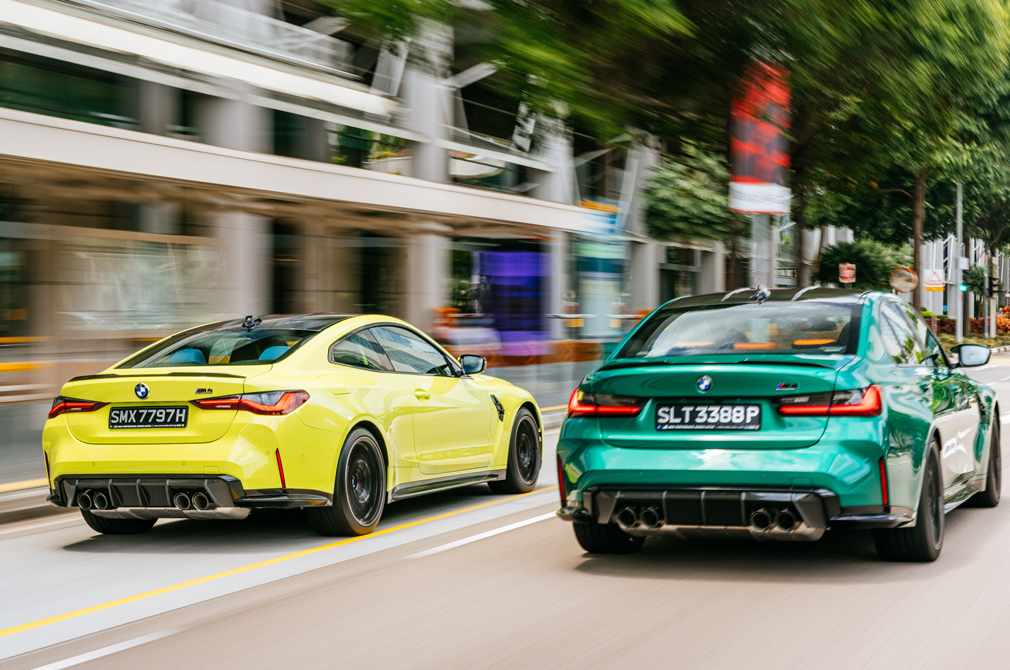