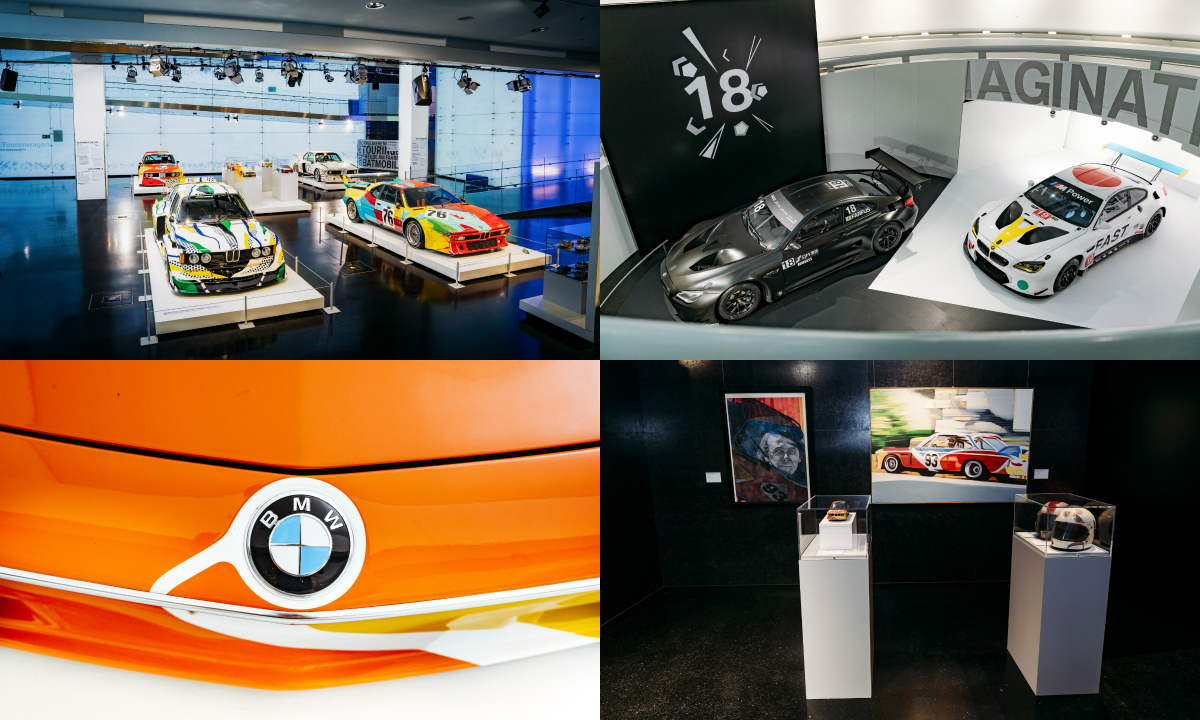 The special exhibition in Munich features Art Cars #17 by Jeff Koons, #18 by Cao Fei and #19 by John Baldessari, along with the first four BMW Art Cars of Alexander Calder, Frank Stella, Roy Lichtenstein and Andy Warhol.

At the new special exhibition entitled “BMW Art Cars | How a vision became reality.” visitors will have the opportunity to immerse themselves in the World of BMW Art Cars at the BMW Museum. Between 10 October 2018 and February 2019, they will be able to admire seven out of the 19 vehicles in existence.

Apart from the first four Art Cars known as the “Big Four” executed by the artists Alexander Calder, Frank Stella, Roy Lichtenstein and Andy Warhol, the rolling sculpture #17 by Jeff Koons will also be on show. Another highlight of the exhibition is provided by the latest BMW Art Cars #18 by Chinese video artist Cao Fei and #19 by US artist John Baldessari, as these cars celebrate their premiere in Europe and take the legendary series forward.

The special exhibition also salutes the work of the French originator Hervé Poulain. As an auctioneer and racing driver, he always straddled the worlds of art and motorsport. He created a link between the two genres with his idea of establishing a synthesis between art and motorsport that has continued to this day. The exhibition presents a range of documents from his collection, alongside works from the visual arts with themes dedicated to motorsport.

Cao Fei and John Baldessari are following in the footsteps of their illustrious predecessors as the youngest artist and the oldest artist. They were selected by a Jury made up of museum directors and curators to design the latest artworks to join the collection – two BMW M6 GT3 automobiles.

The “big four” made their contributions thanks to Hervé Poulain’s contacts with the most significant Pop Art exponents of their time. Other renowned artists from different countries and art genres have designed BMW series automobiles and racing cars, including Austrian painter Ernst Fuchs (1982), Spanish architect and sculptor César Manrique (1990), and British painter and draughtsman David Hockney (1995), before US artist Jeff Koons concluded the series for the time being with his Art Car #17 in 2010. The legendary series looks back on a history lasting more than 40 years and it has been continued with BMW Art Cars #18 and #19.