He bought a Mini Cooper for $22k | Torque
Loading posts... 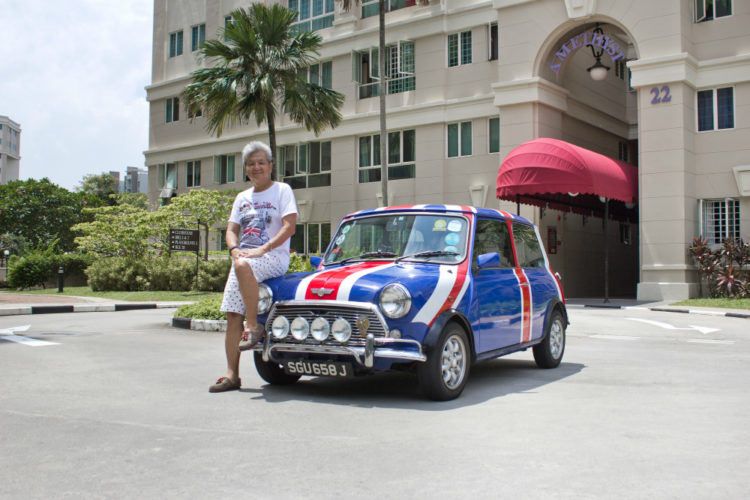 The 65-year-old former in-flight supervisor, who had just retired from Singapore Airlines that year, recalls: “I’d always wanted to own a Mini. Unfortunately, I couldn’t find a willing seller until the later part of my life. I really love the way it looks.”

Mr Kho says the car gets plenty of attention, especially at the traffic lights. “People would start taking pictures,” he says. “There were even a couple of times when drivers gave me the thumbs up.

“I like the fact that it’s a head- turner. The drive isn’t as comfortable as with a modern car, but I would still choose it over any other car any time.”

The Austin Mini is certainly more eye-catching than his previous cars. The first was a dark green Mitsubishi Colt, followed by a champagne-coloured Mazda 626.

Unlike many Mini owners, the retiree has not modified the car’s engine or exhaust. The only work he has done on it is cosmetic.

The entire car is covered in Union Jack livery. “The stripes that you see here are actually stickers,” he says, pointing to the white and red lines criss-crossing a blue background.

He has also added a prominent row of fog lamps atop its shiny chrome bumper.

His car is powered by a 1-litre engine mated to a 4-speed manual gearbox. It does not have power steering and its windows are manually operated.

The car is not what anyone would consider as powerful, especially when its air-conditioner is running.

Being carburettor-fed, it is not as smooth as today’s electronic fuel- injection cars. Mr Kho says the 36-year-old car averages 10km per litre.

As much as he enjoys the car and the smiles it puts on people’s faces, he says he will probably let it go when its COE expires in four years’ time.

“Instead of spending so much money to renew the Mini’s COE, my wife and I have decided to get a small and affordable hatchback that’s more comfortable and easier to drive,” he says. “To be honest, not having power steering can be quite taxing on my elbows too.”

He has his sights on a manual Suzuki Swift Sport, a revvy sub- compact hatchback that is not too huge a departure from the Mini.