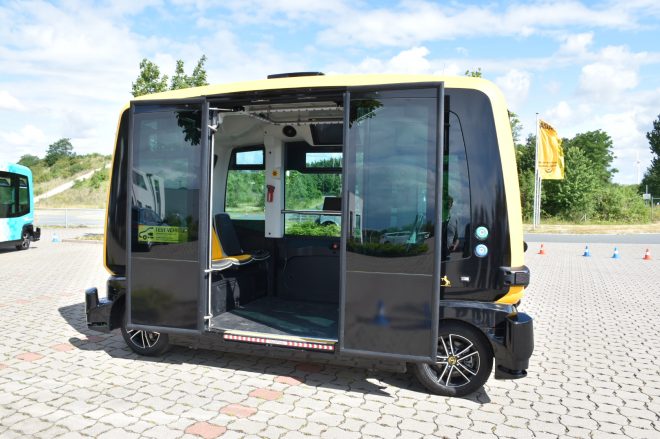 Continental’s CUBE is envisioned as an autonomous shuttle to take people short distances.

It’s a brave new world as far as motoring is concerned, but German engineering outfit Continental AG is ready to face it head-on.

However, it’s getting customers to buy the idea of autonomous cars that will be a problem, said Continental’s chief technology officer Dirk Abendroth.

Perhaps then, that Dr Abendroth’s experience in future technologies makes him the ideal person to speak about such matters. 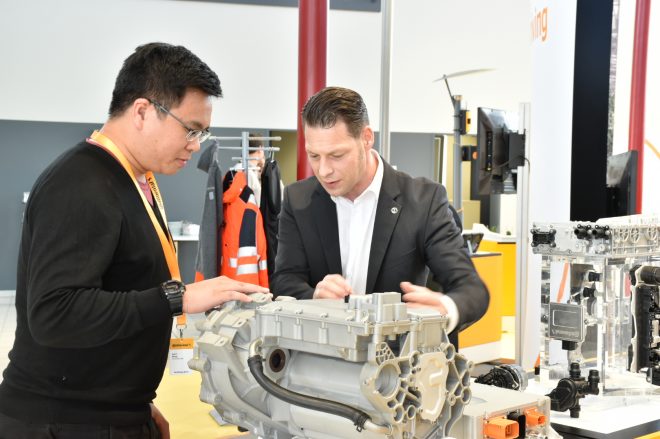 Dr Dirk Abendroth (right) and the writer, speaking on the sidelines of Continental TechShow 2019.

He has done stints at the powertrain divisions at several automakers, focusing on electric drivetrains.

Before joining Continental, Dr Abendroth was responsible for the autonomous driving and powertrain units at Chinese EV startup Byton.

Before that, he was head of electric powertrains at BMW, including developing those for the BMW i3 and i8 models.

We spoke to him on the sidelines of the Continental TechShow 2019, a tech exhibition that takes place every two years.

This year, it focused on smart vehicle technologies, ranging from highly-automated driverless cars to a self-dimming window that could render your solar film obsolete!

On the sidelines of the exhibition, Dr Abendroth spoke about the challenge that companies are facing in selling autonomous driving to the masses.

He also spoke warmly of Singapore’s partnership with Continental in the nation’s Smart Nation initiative, highlighting the “political willingness” to change as a positive factor. 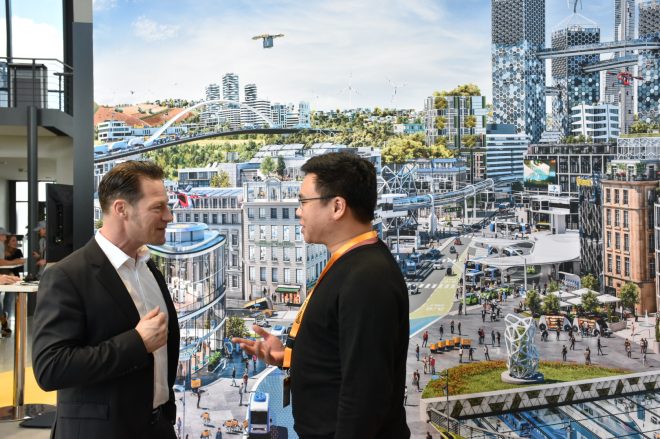 Kai Yi (KY): Continental is first and foremost, a technology company. So how do you then sell this technology to the unconvinced people?

Dr Dirk Abendroth: A very good question. So first of all, what I learned is, you shouldn’t ask people what they need next. Because they can’t give you the answer. Like, if you ask people what is the electric range you need, they simply copy what they have today. And if they have a gasoline car, they tell you, well, 700 kilometres. If you got a diesel car, that’s 1000 kilometres.

They can’t predict what they need next. It’s the same as with smartphones. They simply don’t know.

So to a certain degree, you need to create a trend. And it starts always with a micro trend. You to need to find a certain cell of people being convinced. And (then) we make something which is cool. Cool is not something you can measure easily. But it’s something which is clearly related to emotions. So we create emotions that people are usually willing to pay for.

People have a certain kind of feeling with technology and say, well, that makes me feel special. And people are willing to pay for it. Just take a couple of auto brands, for example. They sell a car, you can transport something from A to B, but some are hip, some are not. And people are willing to pay for hip cars, sometimes double the amount of money than regular ones.

For example, when I move into the city, one of the things which I don’t want to spend my time on is searching for a parking space. So if I do have a chance simply to get mobility, instead of worrying about my very expensive car being in danger of getting a ticket for parking wrongly, or not finding a parking space and being delayed, etc, I just would like to have mobility without taking care about my car.

What I learned is, you shouldn’t ask people what they need next. Because they can’t give you the answer.

KY: So it’s really managing the expectations of the customer. Meeting future needs like automated parking, that kind of thing to take the pain point away. It’s to shift the responsibility to the car instead of the driver. Maybe people would just like to buy mobility instead of a car. Maybe they don’t care about what brand they buy as long as it gets them from A to B.

Dr Abendroth: I still believe that the brand will be a significant portion of that too. Why? Because there will still the difference between, okay, I just want to buy transport from A to B, and having the possibility of doing some business (which a premium car affords).

KY: I’m from Singapore, and we are pursuing a Smart Nation strategy, which involves, among other things, advances in transportation. Do you have updates of some developments, any talks so far?

One of the things we’re looking at is street lamps. It’s not a rather intelligent streetlamp. It’s rather a base station, more of a kind of cloud you which can build infrastructure around.

When it comes to quick changes, (there is) a high willingness of the government to bring legislation into place.

Singapore is one of the most attractive partners for us, and for us, our biggest strength at Continental is industrialisation, software, and bringing things up to scale.

That is where we are exceptionally good in comparison to smaller, more innovative and wealthier companies. We’re only seeing a very good match between Continental and Singapore.

KY: So, a couple of technical question. There’s been a lot of talk about rare earth metals coming from China. They’ve been a bone of contention amidst this trade war. What’s Continental doing to mitigate the problem if China one day decides to stop the flow of rare earth metals?

Dr Abendroth: Let me make a statement. It’s a personal statement, not an official one. But it might be the spice in a story. My personal opinion is the rare earths should rather be called strategic instead of rare earths, because they’re not really rare.

It’s just a question of how to distribute them. I’ve done very, very detailed, balanced analysis on a business case, when rare earth prices rise, what happened to the market and to the technologies. And we had a kind of very surprising finding.

The surprising finding was, well, there are induction machines, in which you don’t need any rare earths at all, just copper.

Copper prices might rise – copper is a significantly larger market than rare earths. And there are lots of other similar materials which are not exactly rare earths and not owned by the Chinese government for industry only.

That means you have alternatives. It sounds like there’s a total dependency on rare earths, but there are a couple more technologies in place.

KY: Thank you. Cars, obviously, are becoming more complex with more electronic systems, subsystems, different architectures, running on a multitude of operating systems. This obviously introduces the problem of cyber attacks on vehicles. How’s Continental’s take on that, to mitigate these attacks?

Dr Abendroth: First of all, security is key, the car is absolutely becoming a smart device. That is something you can’t avoid. And as you know, the chain is only as strong as its weakest link.

Also, your privately-owned data might be on the car too. It’s a must (to secure the car), and Continental knows how to do it.

The only thing we’re currently struggling with is how to make people pay for it. Because people expect this to be just an add-on feature for free.

To a certain degree, that’s true. You won’t buy a computer if the security system is not state of the art.

That’s something which needs a fundamental change of thinking and that is what we’re going to be starting with to get this in place.

Technology-wise, we’re on it. And I think we are prepared.