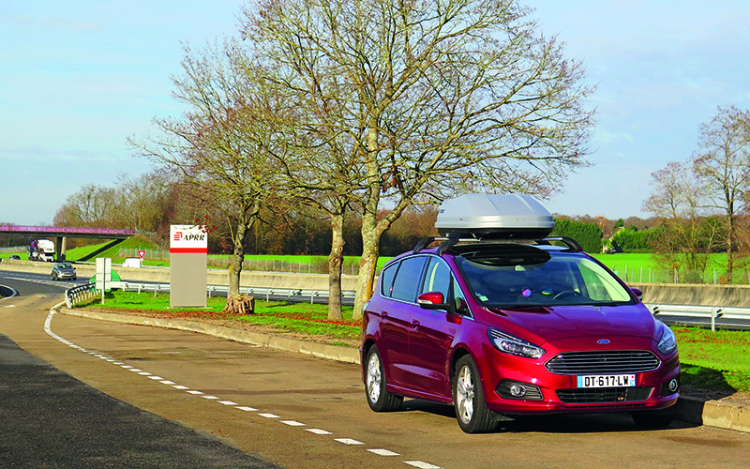 It is a handsome car, the S-Max. A slightly lower roofline and slimmer headlamps make it look even sportier than its already sleek predecessor, while at the rear, more crisply styled tail-lamps set the new car apart.

The rising window-line kicks up sharply at the rear to create a teardrop-shaped side-window profile, the windscreen pillars have been moved backwards to allow for a more distinct bonnet, and a more pronounced shoulder line removes even the slightest hint of slab-sidedness.

There is a strong resemblance to the previous S-Max, except that the new model looks edgier, lower and sportier. 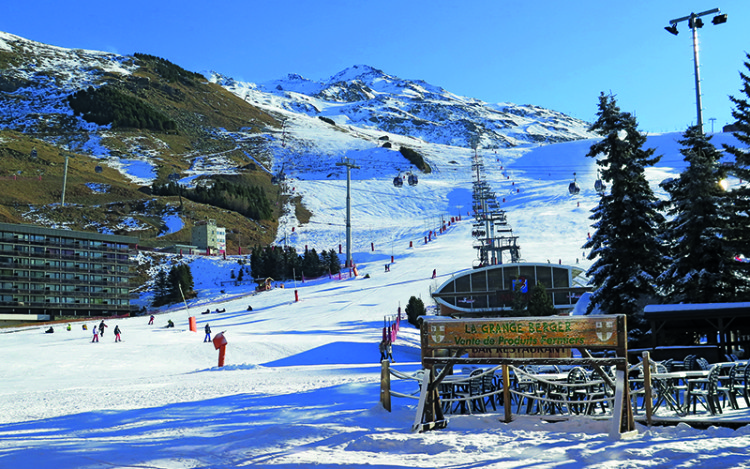 It’s quite a looker, and there was no shortage of admiring glances and double takes during its time in my charge.

Size-wise, this car is little changed from its predecessor – meaning that while it seats seven, any adult in the third row is going to feel a little cramped. But with four adults and three children in our group, we fitted snugly after sliding the second row forward to “donate” some legroom to those at the back.

Even with all seats in place, this automobile has a decently sized 285-litre boot. But given our need to also accommodate luggage for seven, Ford thoughtfully fitted a Thule roof box to the test car. 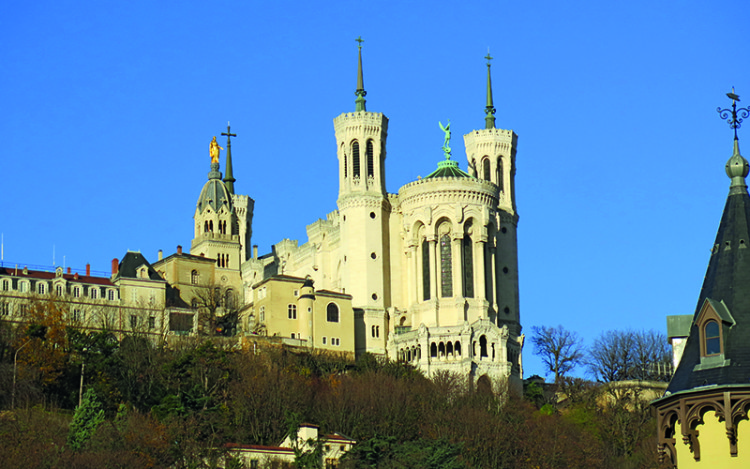 From basilicas to mountainsides, the S-Max was there to provide the writer and his family with surefooted transport.

With the boot stacked right to the rooflining, some smaller pieces of luggage residing in the children’s footwells, the roof box packed to the brim and even the amply sized doorbins put to good use, we managed to somehow fit two medium suitcases, one large duffel bag, a stroller, three cabin bags, and a few soft carrier bags and backpacks.

In Singapore, the S-Max has the 2-litre 240bhp EcoBoost turbocharged petrol engine, but our model in France had a 180bhp 2-litre turbo-diesel unit.

Even so, the fully loaded vehicle hauled us effortlessly on the four-hour autoroute run southward from Paris to Lyon, overtaking swiftly and cruising easily at three-figure speeds. 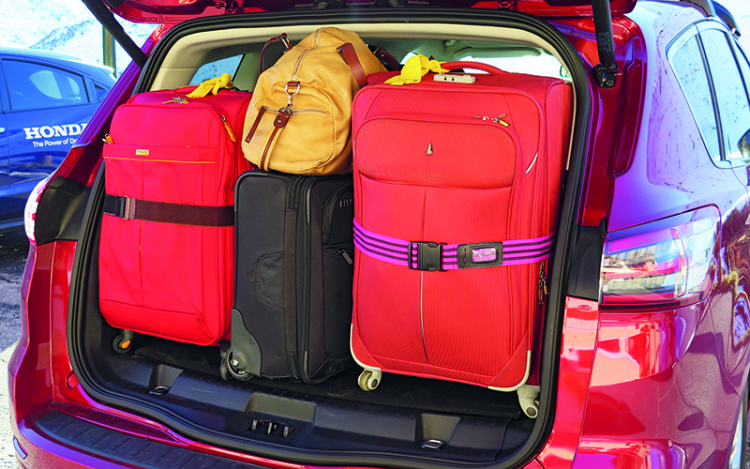 It remained hushed inside, with little road or wind-noise intrusion despite the roof box wreaking havoc with its aerodynamics.

The ride proved superb, whether over expansion strips on the autoroute, B-road undulations or even the cobblestoned streets of Lyon’s historic centre.

The car’s handy size (shorter and lower than full-size MPVs like the Volkswagen Sharan and Honda Odyssey) made it easily manoeuvrable on the narrow, width-restricted old-town lanes where our hotel sat. 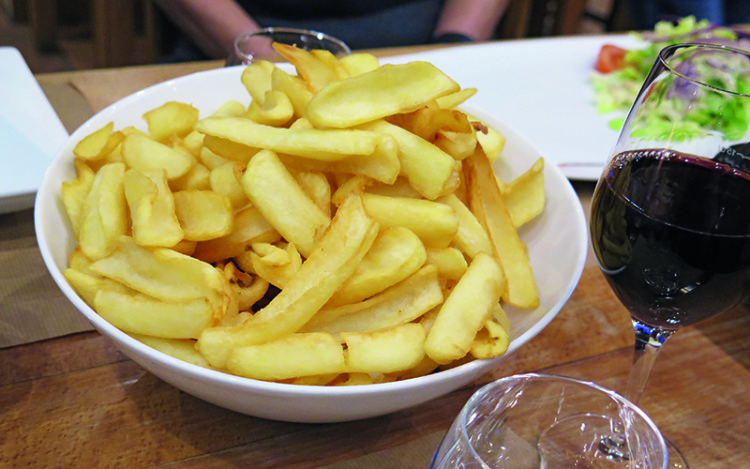 Lyon is a lovely, compact city – less crowded and touristy than Paris, and all the more charming for it. Our three days there – spent wandering the streets, riding the giant Ferris wheel at the Place Bellecour, lounging at cafes, and restaurant hopping – passed all too quickly.

The next leg of our trip, up the twisty mountain roads to the ski resort of Les Menuires in the northern French Alps, gave the S-Max a chance to show off its able handling.

Despite being packed to the hilt, it carved its way surefootedly to the top, turning in crisply and reacting with verve to every input, whether from steering, brake or throttle. 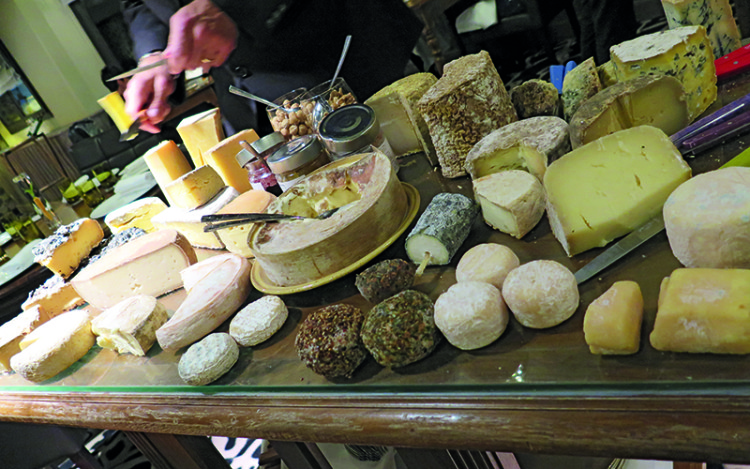 And on the occasions over the course of a week’s skiing, when we had to toss our skis, poles and other paraphernalia in the MPV, I was grateful for the powered tailgate and the electrically operated second- and third-row seats, which flipped down at the touch of a button, saving me from having to clamber about the cabin folding them down by hand.

On some nights, wanting a change from the food in Les Menuires, we checked out restaurants in the town of Val Thorens further up the mountain. The drive back to our hotel afterwards was inevitably on a pitch-black, twisty and occasionally icy road, but the S-Max was well up to the task, gripping stoutly and remaining composed despite the absence of all-wheel-drive.

The car’s “Dynamic LED” headlights and “Glare-Free Highbeam” technology also proved their worth, lighting the road to the left or right in sync with the steering, and dipping the headlamps automatically in the face of oncoming traffic. 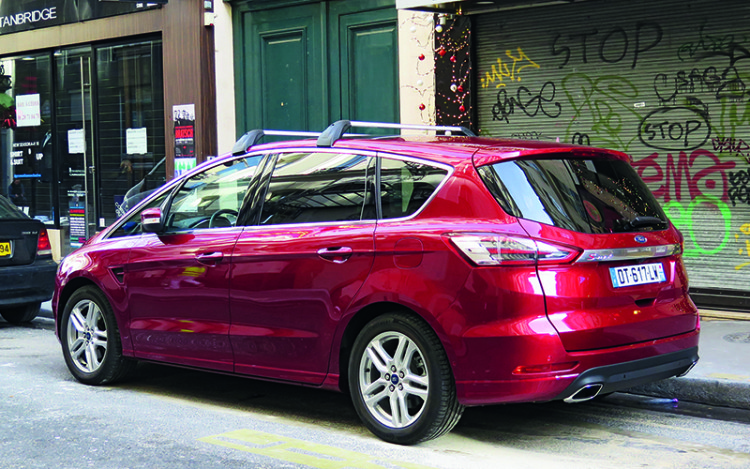 The Ford’s final test was perhaps the sternest – an eight-hour drive out of the Alps, across the endless expanse of central France and back into Paris.

Despite having to share cabin space with our luggage and, hence, having no room to stretch, we remained comfortable and ache-free in our seats for hours on end, and arrived in the French capital without a whimper of complaint from occupants or vehicle.

I will never tire of road-tripping through France, and discovering new and delightful regions each time. The country has so much to offer that even losing your way presents a chance to uncover another unexpected sight or exquisite country restaurant.

Over two weeks and 1700km, often (over)loaded beyond the call of duty, the S-Max showed that it, too, loves a good road trip.