The automotive aficionado and multi-award winning actor will headline the first global show for the world’s most important and valuable automobiles of the past, present and future.

Automotive aficionado and multi-award winning actor Idris Elba explores his “lifelong obsession” for cars in a new film for Grand Basel, said to be the ultimate show for automotive masterpieces. Grand Basel will commence a global tour starting this September, and the movie provides an exclusive visual preview.

In the film, Idris explores the characteristics of a car that make it a masterpiece and searches for an answer as to what gives a car its soul. The setting of the movie is highly significant, as it was shot inside the iconic Lingotto automobile factory in Turin.

Viewers are reminded of the connection between the automobile and art, design, architecture and lifestyle. Idris explores the emotional impact of the automobile, including his earliest motoring memories of pretending to drive in the backseat of his parents’ car.

Idris’ experiences with a multitude of automotive communities while filming his No Limits and King Of Speed series mean he is the perfect advocate for presenting the car as a cultural asset. In the new film for Grand Basel, he presents four of the event’s exhibits that reflect the past, present and future.

Filming of the new Grand Basel film took place at the avant-garde Lingotto building on Via Nizza in Turin, Italy. Originally occupied by Fiat’s new car manufacturing operation, it became the world’s largest automobile factory. Its unique design saw cars gradually move up the building through the production process, finishing at the top where driving checks took place on its incredible rooftop test track.

Lingotto’s rooftop is an automotive industry icon in its own right. Aside from its architectural significance, championed by Swiss-French legend Le Corbusier as “one of the most impressive sights in industry”, it famously featured in the getaway sequence in The Italian Job, where the red, white and blue Mini Coopers are pursued by the police in an Alfa Romeo Giulia (read about the 2003 remake).

Idris himself takes to the rooftop in the new film, driving the remarkable 1978 Lancia Sibilo Bertone (a unique prototype with an unmistakable monolithic wedge design by Marcello Gandini), as well as the bold 2015 Zagato Mostro, which was conceived by the Zagato Atelier as a tribute to the 1957 Maserati 450S Costin-Zagato Coupe nicknamed “Il Mostro”.

Also featured in the film is the beautiful one-off 1931 Alfa Romeo 6C 1750 GS Zagato with a bespoke body by Giuseppe Aprile and the elegant 2018 GFG Sibylla, created by Giorgetto and Fabrizio Giugiaro in partnership with the smart energy management company, Envision.

The Lancia and Alfa Romeo are both part of the breathtaking Lopresto Collection. Assembled by Milanese architect, Corrado Lopresto, the collection focuses on rare cars, prototypes and unique pieces from Italian manufacturers and coachbuilders. The extraordinary collection of cars has received an unrivalled number of accolades from expert judges.

The new film with Idris Elba previews the first Grand Basel show, which will debut in Basel in September 2018. Grand Basel will be curated by leading voices from the automotive, arts, culture and design sectors, including automobile culture authority, Professor Paolo Tumminelli, who will assemble a completely independent advisory board to ensure the show’s peerless content.

Exceptional automobiles will be presented in an exceptional setting, thanks to a bold and contemporary exhibition concept. Its homogeneous design forgoes the often nostalgic ambience of established car events, instead allowing the motorcars to be admired in a surrounding reminiscent of modern museums.

The inaugural Grand Basel show, taking place from 6 to 9 September 2018 in Basel, Switzerland, leads the way for upcoming shows in Miami Beach  from 22 to 24 February 2019 and Hong Kong in May 2019.

The automotive aficionado and multi-award winning actor will headline the first global show for the world’s most important and valuable automobiles of the past, present and future. 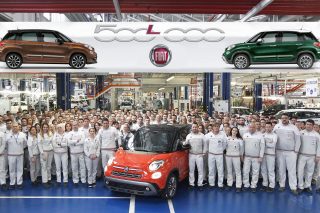 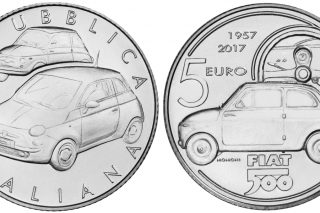 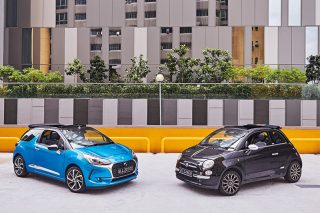