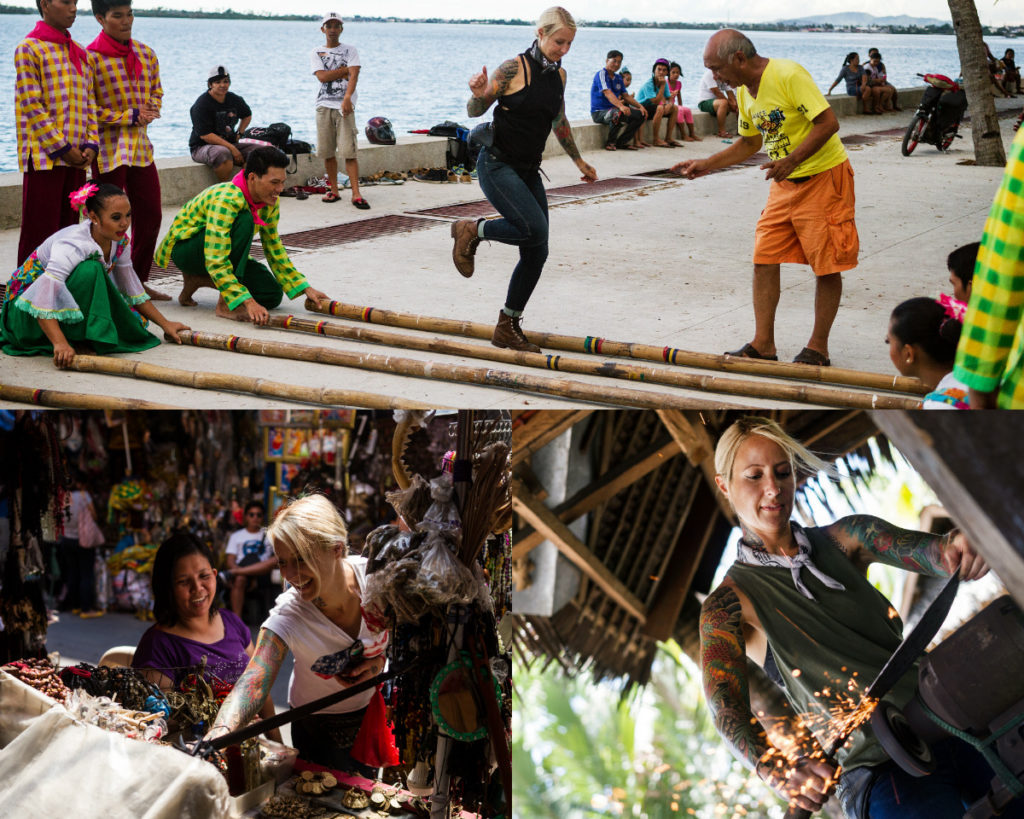 With a love for motorcycles and travel, Jaime Dempsey is the perfect host for Ride N’ Seek, a motorcycle travel documentary. Now into its fourth season on cable channel History, it showcases her exploring West Malaysia, Borneo and the Philippines on various motorcycles.

The gorgeous 36-year-old (who’s single and dating) from Los Angeles had no prior experience in the TV industry. Nevertheless, she thought she stood a chance at auditioning for the new show after she heard that the producers were looking for someone who rode motorcycles to present the series.

With the help of friends in the industry, they put together an audition tape which, according to Jaime, “made me look really good.” It certainly helped she has two exquisite sleeve tattoos to complete the image of a lady biker who is not afraid to go into the unknown and face challenges.

An American who lived both in the UK and in the US, she attended high school at the American Community School, Cobham, in Surrey, England. Thereafter she returned to the US in 1993 to enrol in the Bachelor of Fine Arts (BFA), Photography undergraduate programme at the University of the Arts in Philadelphia, Pennsylvania.

Graduating in 1997 with the bachelor’s degree was not enough for this five foot five inches tall (165.1cm) blonde. With also a love for fashion and design, she went on to obtain a Certificate in Fashion Merchandising in Los Angeles Trade Technical College and worked in clothing companies thereafter.

She is now the co-founder of ATWYLD (pronounced “At Wild”), a woman’s motorcycle apparel brand based in Long Beach, California. She is working on a line of female riding gear for the tropics, having found out first-hand the weather and riding conditions in Asia.

What have been some of the unexpected moments in shooting Ride N’ Seek?
I didn’t have much off-road riding experience. In Borneo, I was riding a big Ducati Hyperstrada with street tyres. It was fine on the dirt and gravel, but I didn’t expect there to be this giant mud patch. I thought I’d just try to glide through it, but I totally went down.

After that, we thought maybe we should get in touch with somebody who knows off-roading to give me a lesson. We found Bryan Wade, an old English motocross legend, and it was really a treat to meet and learn from him.

During Ride N’ Seek, I am learning a lot as I go and that is one of the great things about shooting the show. I am hoping I can translate to the audience to learn along with me and get to feel those experiences just as I do.

And I had unexpected moments with animals – I did a cow pregnancy test, which was crazy, and I got close to some very large snakes. The crew don’t want to tell me what to expect and want to see a genuine reaction; and so does the audience. I am just as surprised as they are.

You have been very brave in the series, handling snakes and bees for example. What would be the thing which scares the daylights out of you that you would not attempt?
Spiders! Anything to do with spiders, even small ones! In the last season in the Philippines, we were staying on a farm in a “Bahay Kubo”, a traditional house. There were these giant spider webs in the trees and the spiders were as big as my face. The first night I could not sleep. I was so afraid those things would crawl down, but I just kept saying they would not come and I got more comfortable.

Having said that, I am now hoping my producers don’t put spiders in the show because they have said I am not fazed by anything. Now they would probably put that in, in another season! [Laughs]

How do you feel when riding on the open road?
It’s exhilarating, it’s peaceful, it’s so many things all at once. And when you hit some curvy roads, you feel that excitement, that exhilaration. Then you see a patch that’s straight and clear with no traffic – you are clear in your mind and you sort of find inner peace. It is very zen-like, and you feel the wind and the smell of nature around you. It’s just beautiful and that is why I love it.

What would your dream epic ride be?
Gosh! I don’t know! There are so many places I want to go. Australia would be amazing – there is so much to explore and I have never been there. I heard New Zealand is beautiful. Japan would also be amazing. Anywhere and everywhere really!

What is your favourite motorcycle and what you own in Los Angeles?
It is tough to have a favourite motorcycle because you have different bikes for different things. When I rode the Harley Sportster 48 in the first season and then the Harley Dyna in the second season, they were great for cruising long distances. In the States, I own a fuel-injected Triumph Bonneville, it has that classic style. And I really love vintage bikes for that classic feel.

Can you show us the tattoo you got from Fang Od, the oldest tattoo artist in the Philippines who is 95 years old?
Yeah, it’s very cool [pointing to her left shoulder]. It’s a centipede. They say that the reason they get different tattoos is that you are supposedly inheriting the characteristic of whatever you get tattooed on. So the reason I got a centipede is to inherit strength and speed. It is usually a warrior’s tattoo, and Fang Od said I was a strong person and I deserved it.

What about those on your arms?
The right arm tattoo is a phoenix which represents rebirth. I keep reinventing myself lately and I have gone through so many different phases in life. I just feel I keep getting reborn. So that is why I got the phoenix, its suits me well. My left arm is the Geisha and her Foo Dog protector, and it is more about love. [Laughs] 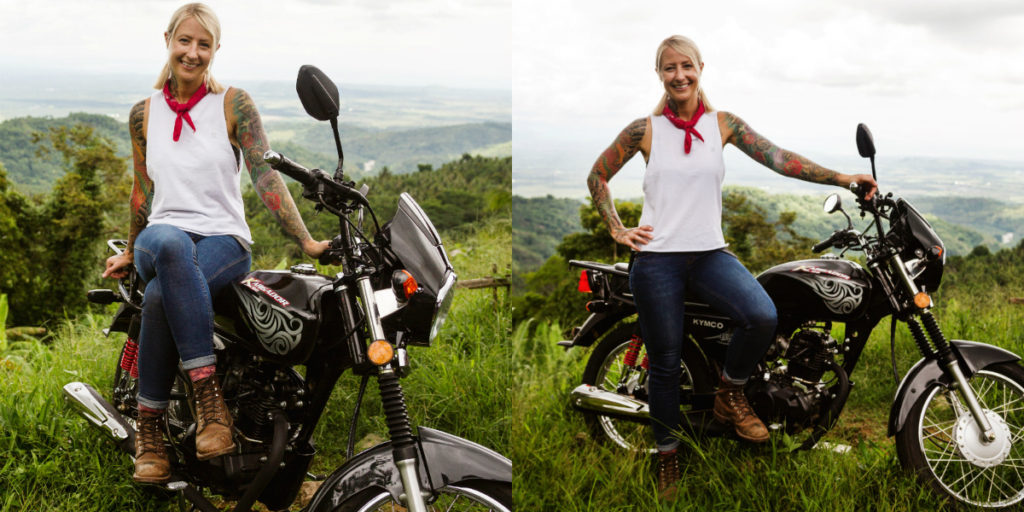 Read our review of the Triumph Scrambler. 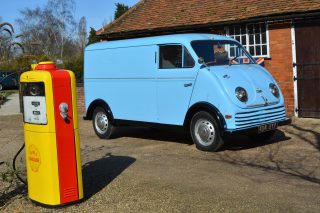 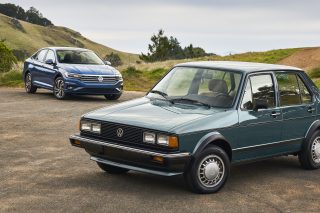 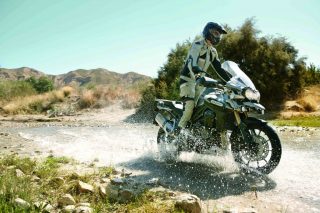 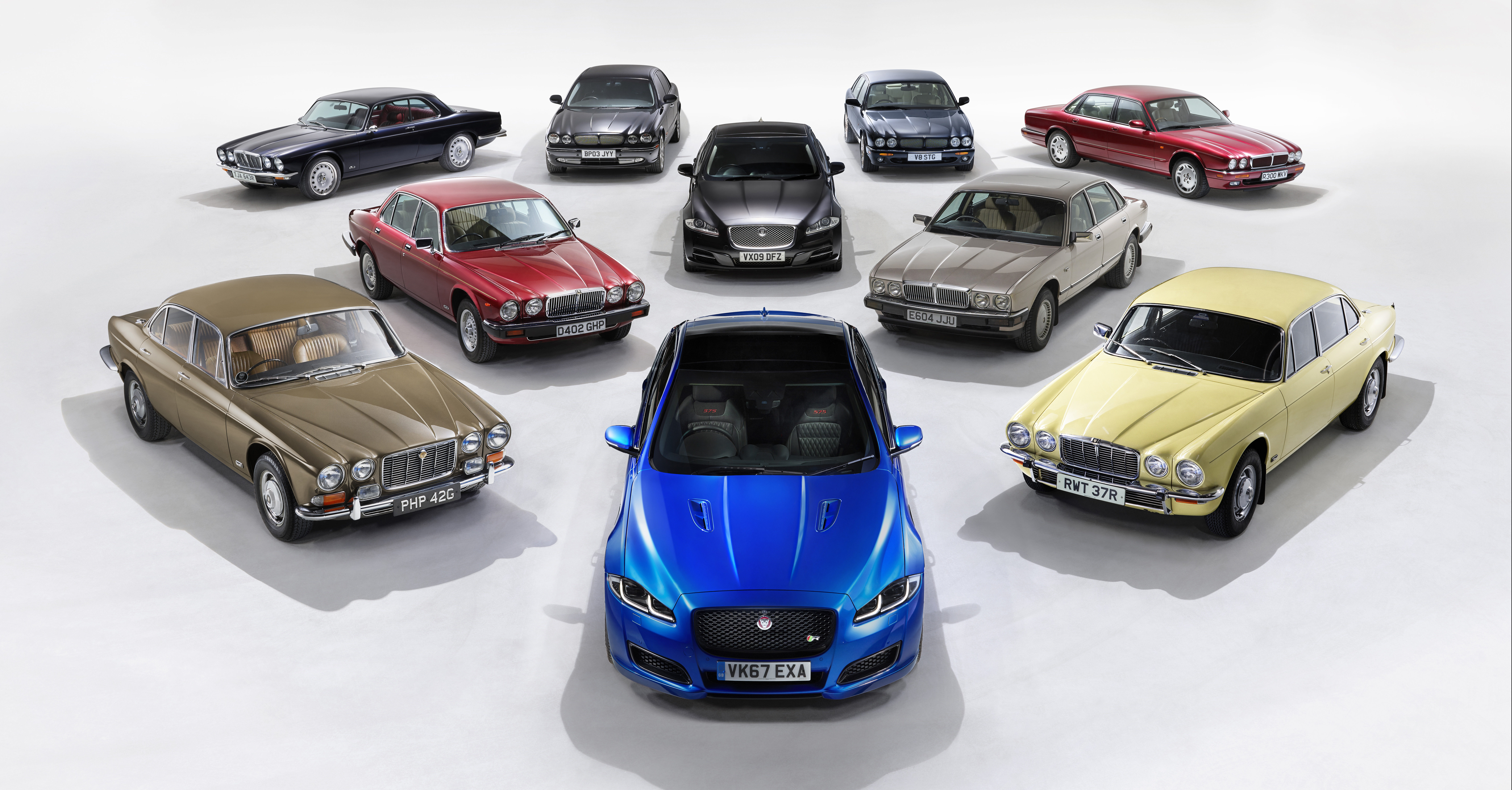 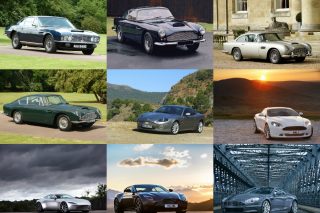