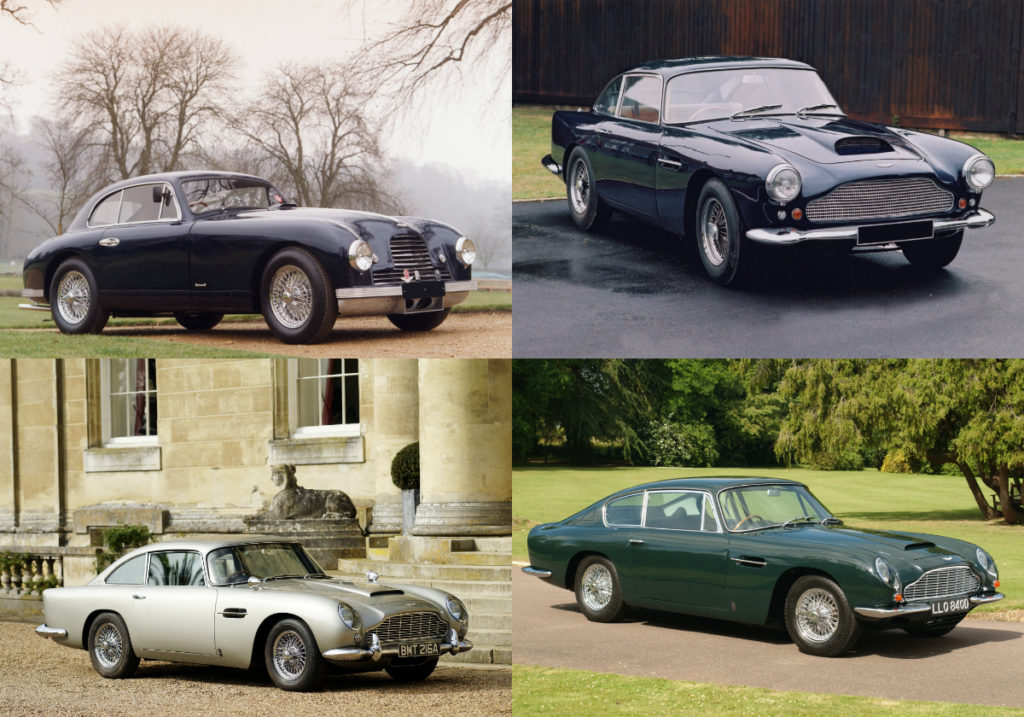 Aston Martin celebrates 70 years of its world-famous DB bloodline in 2018. The famous letters stand for David Brown, referring to the legendary British industrialist David Brown who bought the company in 1947. Over time, the DB brand has become as iconic as the Aston Martin wings themselves and continue to this day with the DB11 model.

Brown’s legacy has meant that over the last 70 years, DB-badged Aston Martins have become among the most coveted of all cars, with just under half of all Aston Martins produced adorning the famous letters.

Driven and adored by thousands of loyal Aston Martin customers worldwide, including the world’s greatest secret agent, 007 James Bond. DB Astons have also won some of motorsport’s greatest prizes, including the 24 Hours of Le Mans and the World Sports Car Championship.

David Brown took over the eponymously titled engineering firm founded by his grandfather in 1860. A petrolhead to his bones, Brown built his first car aged just 17 by fitting an engine and gearbox into a chassis he had welded himself. He called the result the “Davbro”.

Continuing into a career of engineering and manufacturing, the announcement that David Brown had bought Aston Martin came on Valentine’s Day in 1947. Paying the princely sum of £20,500 for the company, Brown had the facilities, technical know-how and capital needed to create the all-new generation of Aston Martins essential to securing the company’s future. After also obtaining Lagonda for £52,500, Brown acquired the WO Bentley-designed 2.6-litre twin-cam straight-6 engine, which was vital to the success of his new cars.

The first Aston announced on Brown’s watch was already under development when he arrived. Launched as the 2-litre Sports in 1948, the car was retrospectively referred to as DB1 from 1950. However, it was the DB2 of 1949 whose beauty, performance, handling and quality established the Aston Martin character for the post-war generation, realising Brown’s vision for the company – a vision that exists in scarcely altered form to this day.

The DB2 survived in continually updated form until it was replaced in 1959 by the faster, even more svelte DB4, the first new production Aston Martin to be built on the Newport Pagnell site the company still occupies to this day.

Though there were five distinct series, including the DB4 GT, the DB4 was replaced by the DB5 in 1963, the year in which it was also immortalised by its gadget-laden appearance in the third James Bond film Goldfinger. The DB5 in turn lasted two short years before the larger, more spacious and comfortable DB6 took over the reins.

The William Towns-designed DBS of 1967 was intended to become an additional model to run alongside the DB6, but the V8 engine designed for it would not be ready for another two years and the DBS went on sale powered by the DB6’s 6-cylinder engine. The DB6 would stay in production until 1970, eventually selling in far larger numbers than either the DB4 or DB5.

The DBS was a complete departure – larger, wider, equipped with a De Dion rear axle and, after the 1969 launch of the DBS V8, a four-cam V8 engine that would stay in production until the 21st century. 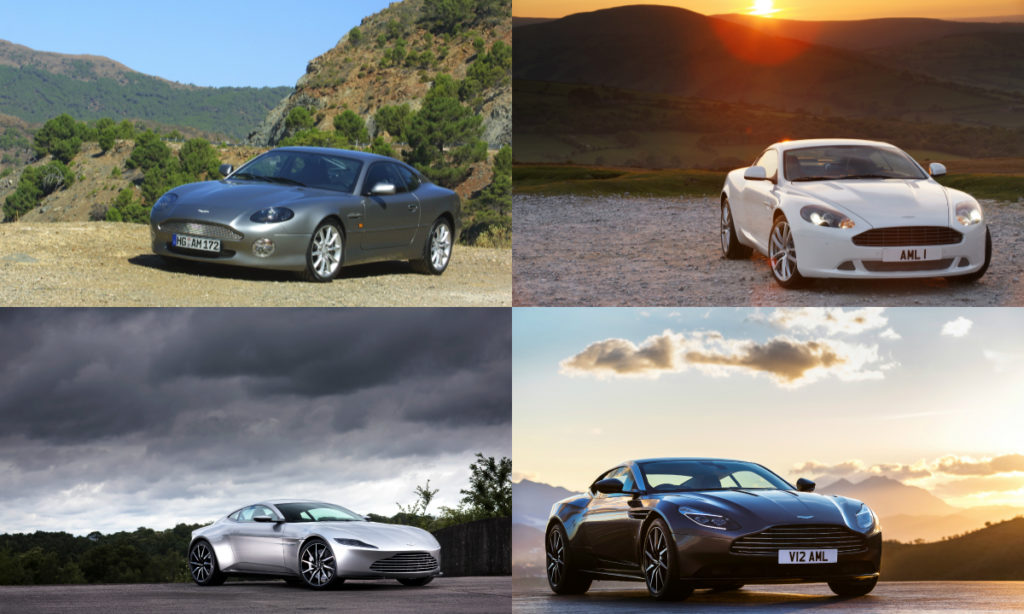 Sir David Brown, who had been knighted in 1968, reluctantly sold Aston Martin in 1972 and it would be 23 years before his initials would appear on the marque’s cars again. After chairman Walter Hayes offered Brown the title of Honorary Life President, Brown granted Aston Martin’s use of his initials once more, affording a new Aston Martin the greatest possible start in life. It was called the DB7. Unfortunately, Brown didn’t live to see it after passing in 1993, the year before the model went on sale.

By the time a completely new Aston Martin was ready in 2003, the first built at its Gaydon headquarters, the advance in technology, quality and performance was so great that Aston Martin jumped the DB8 number and called the new car DB9.

With the new DB11 and soon to-be-launched DBS Superleggera, the DB brand continues to form the backbone of Aston Martin’s Second Century Plan.

Today, the DB nomenclature is as fundamental a part of Aston Martin as it was 70 years ago. Not just as a core component of the Aston Martin product range, but a key part of its identity, too.

Read about the encounter between an Aston Vulcan and an Avro Vulcan.