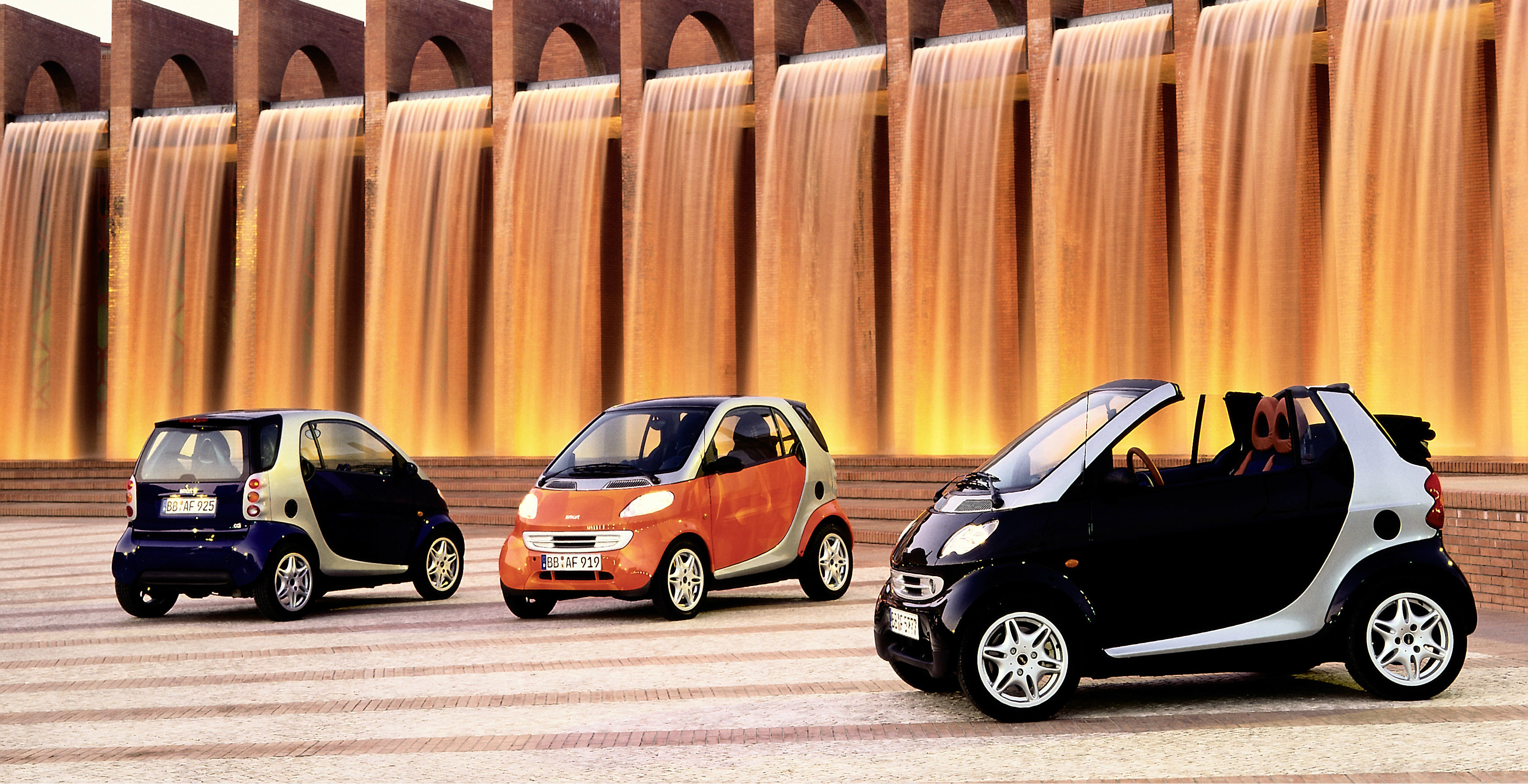 The unique urban runabout, Smart, started its city life 20 years ago in 1998 as a Swiss-German “Micro Compact Car” built in a little French factory called Smartville.

The vehicle developers at Mercedes-Benz began designing the “Car of the Future” back in the 1970s, when they thought of taking revolutionary approaches to create a super-compact automobile. In 1989, Nicolas G. Hayek, the inventor of the Swatch, won the interest of Mercedes-Benz to create a small car for city driving. The two partners established the Micro Compact Car AG, headquartered in Biel, Switzerland.

The Smart Fortwo (known as the City Coupe at the time) celebrated its world premiere at the 1997 IAA Motor Show in Frankfurt. In a move that expressed the company’s commitment to Europe, the French town of Hambach was chosen as the production location for smart. The Smart plant (also known as Smartville) commenced production in 1997.

The assembly line, which is shaped like a “plus” symbol, optimally fulfills all logistical and assembly requirements. The efficient design of the plant’s production processes reduces transport and logistics effort to a minimum. But that’s not the only reason the location in Lothringen is known for its eco-friendly production processes – the facility supports the brand’s environmentally responsible nature by means of its environmentally friendly painting process, an energy management concept featuring numerous energy-saving measures, and the design of the vehicles themselves.

Sales of the Fortwo commenced in October 1998. In the same year, Smart became a wholly owned subsidiary of Daimler-Benz AG (now Daimler AG).

In subsequent years, Smart launched the Smart Roadster and Smart Roadster-Coupe (2003), as well as the compact four-seat Smart Forfour (2004). After the decision to cease production of the Roadster and the Forfour, at the end of 2005 and in mid-2006 respectively, Smart focused its efforts exclusively on the Fortwo.

Europe’s youngest automobile brand had also repeatedly demonstrated its creative strengths. For example, it presented the Smart Crossblade (2002), which was designed without a roof, doors and windshield, and the Smart Crosstown show car (2005), which featured a trendsetting hybrid drive.

Whatever their lifestyles or origins may be, customers from all over the world today continue to be enthusiastic about the Smart. For many, the Smart Fortwo is a kind of “automotive declaration of independence”.

Measuring barely over two-and-a-half metres in length, the car even fits into parking spaces crosswise. The vehicle safely and comfortably transports two passengers, while also having enough room for their luggage. The car is also climate-friendly as it is very fuel-efficient and exemplary in terms of CO2 emissions. Even 20 years ago in 1998, the smart was thus already providing solutions to many urgent questions related to today’s urban mobility.

The Fortwo is a unique car with an eye-catching exterior. Its unmistakable features include a mix of materials that is a hallmark of the brand. The components consist of a steel core known as the Tridion safety cell and a flexible bodyshell made of dyed thermoplastic body panels. The Smart Fortwo’s distinctive design therefore combines various functional, aesthetic, and safety requirements to create something totally new. That makes the two-seater not only a visual trendsetter among micro-cars, but also an automotive icon that embodies functionality and the enjoyment of life. 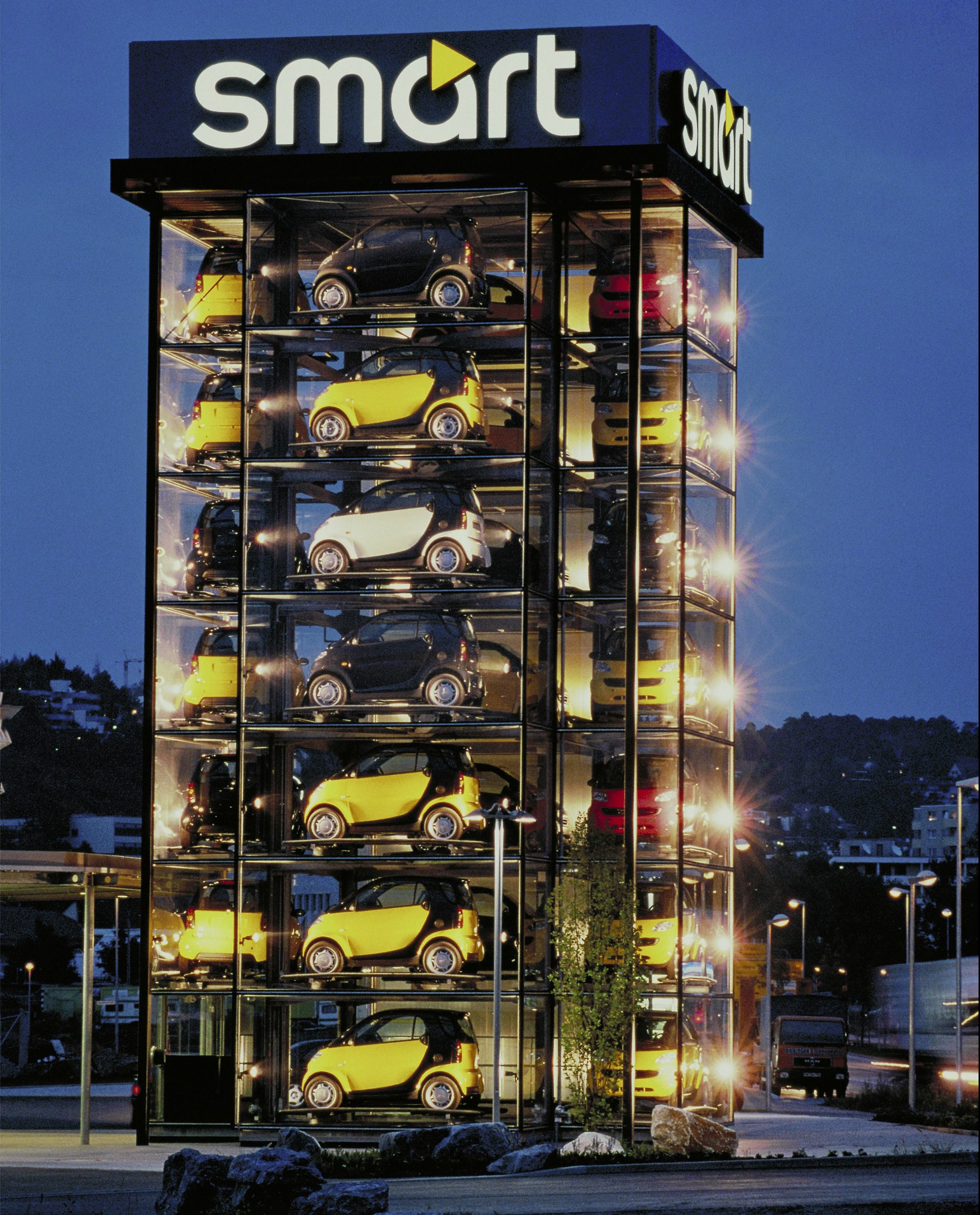 The unique urban runabout, Smart, started its city life 20 years ago in 1998 as a Swiss-German “Micro Compact Car” built in a little French factory called Smartville.

Check out the largest international gathering of the Smart community in 2017 and 2016.

Check out the world’s cutest police cars – the 250 Smarts that serve in the New York City Police Department.