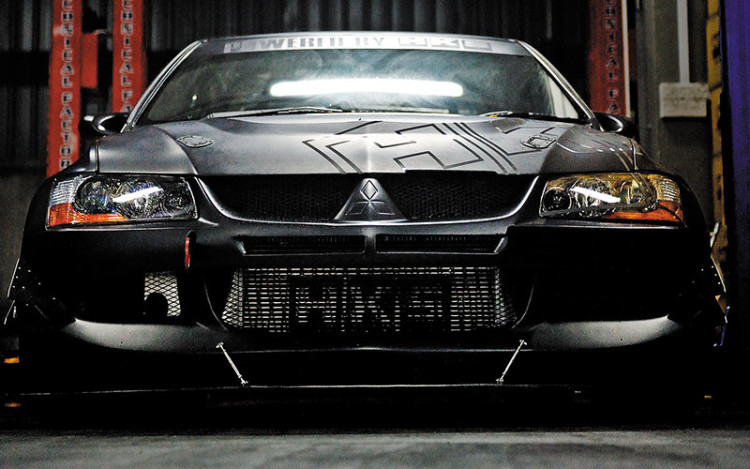 There are some tools whose usage is so specific that you marvel at the brains behind their invention. A surgeon’s scalpel, an astronomer’s telescope and an astronaut’s spacesuit were all invented to assist and, more importantly, enhance the work of  these specialists. 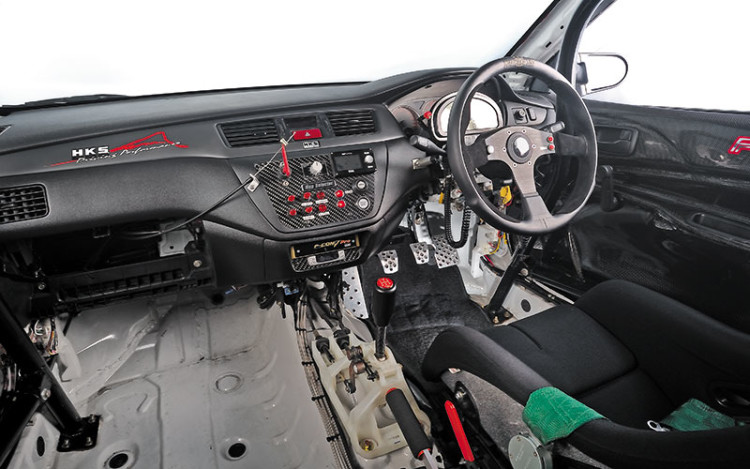 With that, this once fully standard car spent more than nine months in the workshop. And this is the result.

The APR Evil-R widebody kit, coupled with the C-West Carbon Aero bonnet and huge APR GTC-300 Evo Spec rear wing, make this Evo look like it drove out from a Super GT race. Add in the HKS Hipermax graphics and super-low stance, courtesy of customised HKS Hipermax Pro Performer SPL coilovers, and this is one seriously outstanding-looking Evo.

Step closer to the car and a few more things “jump” out at you, giving further insight into the purpose of its existence. There is no interior to speak of – no rear seats, no centre console, no carpeting and no roof lining. Even the door panels are now lightweight carbon-fibre items.

The dashboard has been retained. But even this has been swathed in carbon fibre and reworked to include a myriad of additional knobs, switches and lights, including an “engine start” button, and an alternator and oil pressure warning lamp. The original speedo and tacho cluster is hidden behind a MOTEC  display unit – perfect for finding out the last lap time and maximum top speed. 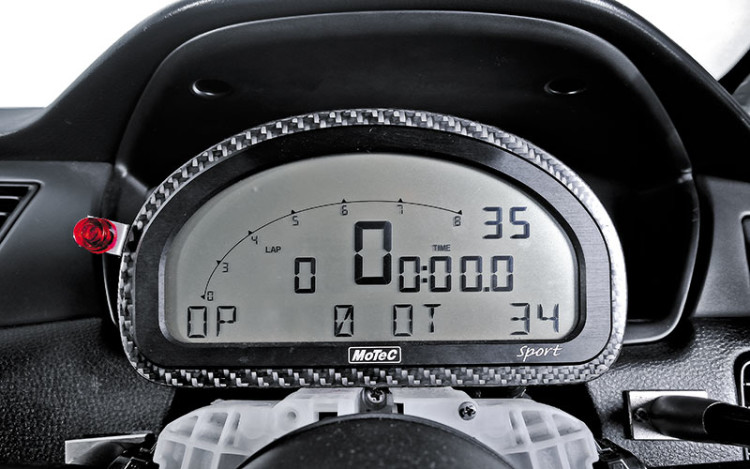 Pop open the bonnet and what a sight it is! Lester Wong, the boss of Garage R and qualified HKS engineer, has literally “thrown” the whole HKS catalogue for the Evo IX into its engine bay – intercooler, injectors, cam pulley, fuel rail, ignition, oil cooler, spark plugs and then some.

The conductor for this orchestra of performance parts is the much-vaunted HKS F-Con V Pro engine management system. And in the experienced hands of Wong, it is now tuned to produce 470hp and 580Nm, while running at a peak boost of 1.6 bar.

But 470hp hardly ranks among the highest horsepower count ever found on an Evo. Yet, it managed to clock a lap time of 2 minutes and 16.553 seconds at the MPT Super Time Attack held in 2009 July. This was faster than the 13 other Evos that also participated. 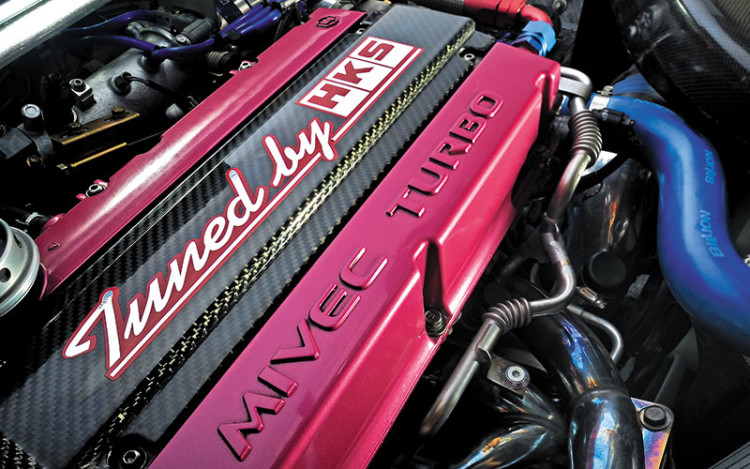 And what makes this Evo IX so quick around Sepang? For one, Mitchell is a good driver who knows his car intimately and has taken part in numerous professional races. Hence, he is able to wring every last hundredth out of it.

However, it is the car’s undercarriage and chassis that are the main reasons behind its lapping prowess. Every one of the HKS and Nagisa components, ranging from the coilovers to the bushings and tie rods, have been carefully selected, fitted and adjusted, so that this car is almost devoid of body roll during hard cornering and, hence, is able to put its power down cleanly.

Mitchell showed me a video of his Evo lapping at Sepang. Even through the more challenging corners such as the downhill Turn 3 and super-tight uphill Turn 9, the car remained flat as a pancake – no body roll whatsoever. This allowed him to apply the throttle much earlier and be able to  exit at a much higher speed. 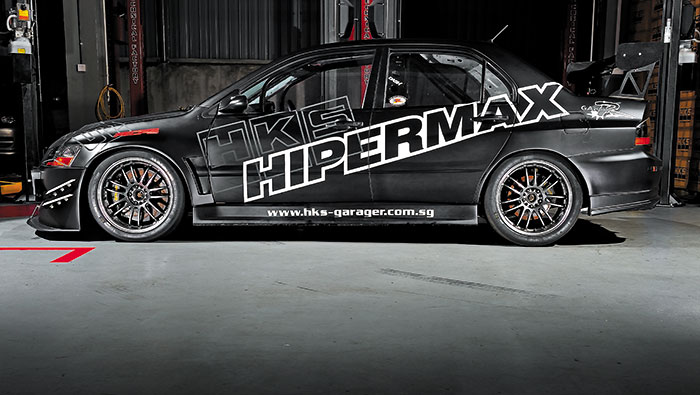 Endowed with this ability to zip through corners and down straights much faster than most cars, this Evo IX is equally prodigious when it comes to shedding speed. Ably performing braking duties are a set of AP callipers (6-pot for the front and 4-pot for the rear), shod with Ferrodo DS2500 brake pads, and clamping on dinner-plate-size ventilated disc rotors.

Obviously, the project wasn’t cheap (and no one was willing to divulge any numbers), but the amount of time and effort spent by Garage R’s team was considerable.

And even as you read this story, plans are already underway for another special machine that will go even faster than this Evo. Rumour has it that it has just two doors and lays its power down through the rear wheels.